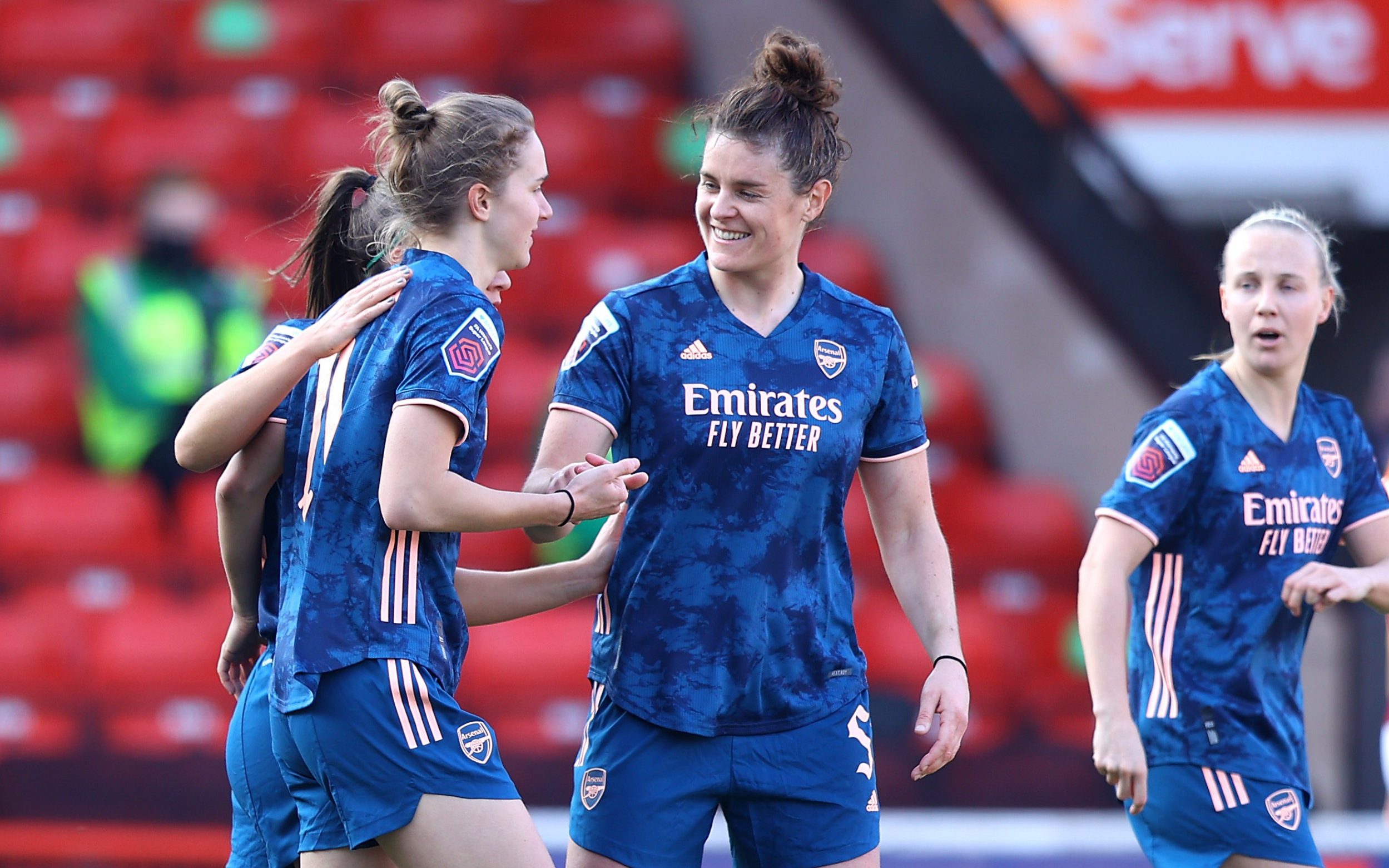 Afterwards he said he and his team had “never mentioned” their winless spell, adding: “We’ve had challenges since the turn of the new year with scheduling and a lack of games and so on. So effectively we just made a pact to say we just want to get back to where we want to be and get this really good run home, it’s all in our hands now and we want to do it our way and make sure we do it with confidence and belief and keep smiling.

“We found a good bit of rhythm, we started to find a bit of our belief and our way of playing and I was very happy with that, even at half-time, I felt like we just needed to tweak a couple of pieces to get the result that we needed.

The result, coming from one of Arsenal’s games in hand, saw them close the gap on third-placed Manchester United to six points, with a further game in hand and a home fixture against United to come in March.

Defeat saw Villa stay 10th, four points above the relegation zone, and their interim boss Marcus Bignot said: “We were against quality opposition and I know the saying is that the season isn’t defined by these games, but I don’t want to create a culture where we just accept losing.

“We know we’ve kind of identified the fixtures where we need to pick up points, but I don’t want to have these games and just accept we’re not going to take points. It’s an opportunity. That’s the mindset we have got to create here now.”

Former Birmingham City boss Bignot’s team didn’t have a shot on target but he is optimistic about Villa’s future, adding: “I’ve seen enough in my short time here in five weeks that this football club can dream about competing against the top four. What I’ve seen off the pitch, phwoar, I tell you what, it’s got everything. The most important thing is we have got to stay at this level first and foremost, for us to be able to build, believe and then hopefully achieve.”