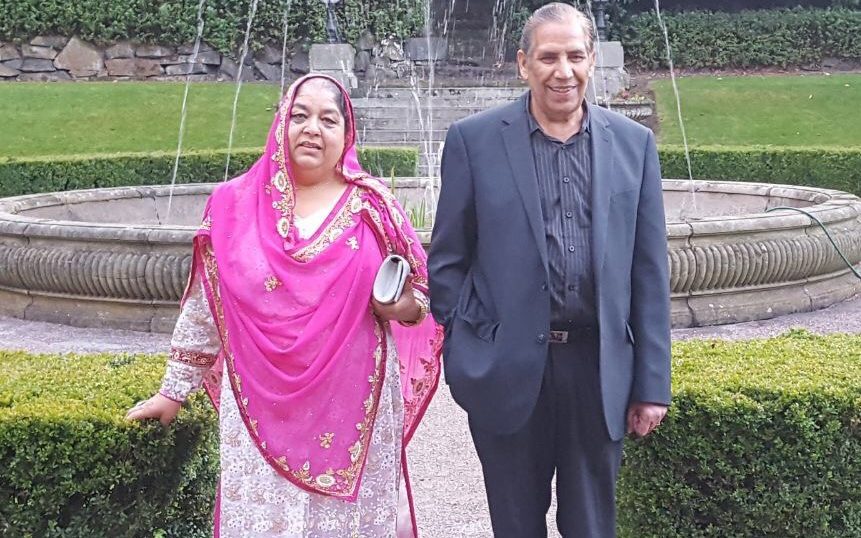 The son of a woman who was killed on a smart motorway has written to Grant Shapps to demand that he reinstate hard shoulders or be held personally responsible for all future deaths of motorists stranded in live lanes.

Niaz Shazad launched a withering attack on the Transport Secretary, claiming he will be remembered as a “failure” and the “minister who did nothing” if he refuses to halt the rollout of the roads.

Mr Shazad, a chartered accountant who has analysed road crash statistics, claims the Government’s insistence that smart motorways are “as safe as or safer than” traditional ones is based on “mathematical sophism” and “Orwellian doublespeak”.

His mother Nargis, 62, was killed when the car her husband was driving broke down on the inside lane of the M1 in South Yorkshire in 2018.

The mother of five was believed to have been attempting to get over the safety barrier when she was hit by her Nissan Qashqai after it was struck by a lorry. Despite the vehicle being stranded for 16 minutes and 21 seconds before the collision, Highways England failed to spot it to close the lane to traffic. The lorry driver was not prosecuted.

The case has been referred to the Crown Prosecution Service after a coroner found there was “more than sufficient evidence” for Highways England to be considered for corporate manslaughter charges.

It is the first time Mr Shazad, 32, from Sheffield, has commented publicly about his mother’s death. His letter asks Mr Shapps to imagine a chilling scenario in which he, his wife and three children break down on a dark night on a smart motorway he has approved where no static vehicle detection technology has yet been installed.

Mr Shazad describes lorries “whizzing” past, missing them “by inches”, with the chances of being spotted slim because as few as eight staff monitor banks of 450 cameras.

Referring to the average time it takes Highways England to notice a stranded vehicle, he writes: “[For] 17 minutes you are going to be sat there, praying and hoping that someone has activated signs behind you”

Addressing the minister’s claims that he cannot bring back the hard shoulder because it would mean buying land equivalent to 700 Wembley stadia, Mr Shazad adds: “So let me ask you – if, God forbid, you found yourself in a situation similar to the above – would you still believe it too costly to make right what is quite clearly wrong?”

Mr Shazad says it was “disingenuous” of Mr Shapps to approve more smart motorways when “vast swathes” of the network still do not have radar meant to detect broken down vehicles.