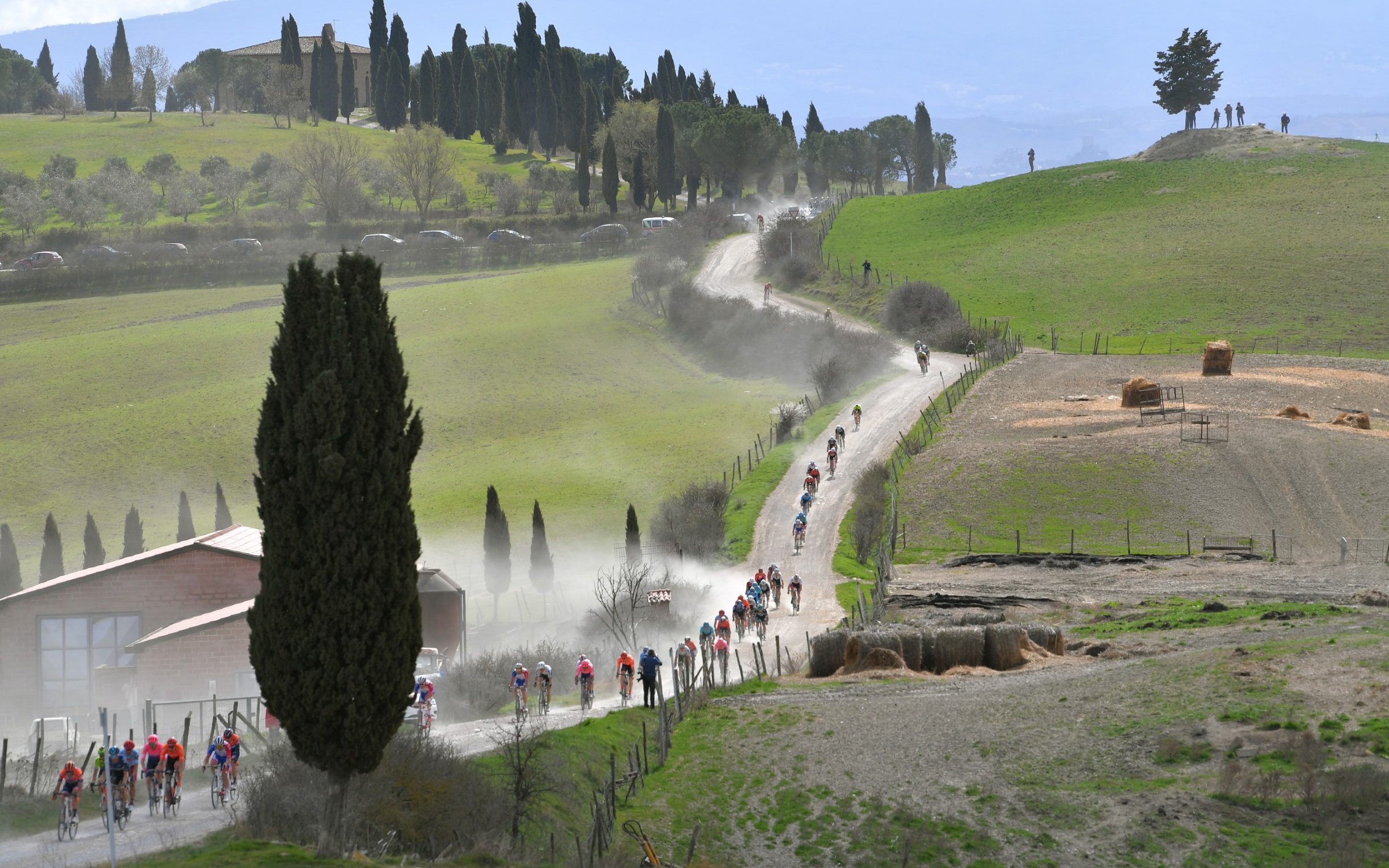 What is this race and why should I care about it?

Strade Bianche is a unique race in the professional calendar that has its earned place in the hearts of cycling fans, despite only being in existence for 14 years. While amateurs are often found aping their heroes at cyclosportives or granfondos, the first Italian race of the WorldTour season in fact reverses the paradigm.

Taking its lead from the huge popularity of L’Eroica, the non-competitive amateur event that traverses the chalky white roads of Tuscany and requires riders to complete the event on retro steel bicycles, RCS Sport, organisers of the Giro d’Italia, launched Strade Bianche — then called Monte Paschi Eroica — in October 2007 when Alexandr Kolobnev won the inaugural edition of the race.

After moving the race to March the following year, Swiss classics specialist Fabian Cancellara won the first of the three Strade Bianche titles he claimed before retiring in 2016. Unsurprisingly, the race has become a particular favourite with the classics riders, particularly since its move to the earlier part of the calendar — other than last year’s event that was moved to August as a result of the coronavirus pandemic. Previous winners include Philippe Gilbert, Michal Kwiatkowski, Zdenek Stybar, Julian Alaphilippe and Wout van Aert, while Moreno Moser is the sole Italian to have the race on his palmarès.

Strade Bianche earned itself WorldTour status in 2016. The seventh edition of the women’s edition takes place on the same day as the men’s race and in 2021 will be the first event of the Women’s WorldTour season.

When is Strade Bianche?

How long is this year’s race?

The Strade Bianche is just 184 kilometres long. The women’s is 136km.

How can I watch this year’s race?

Those lucky enough to have subscriptions to Eurosport or GCN can follow all the action on either television or the app. If you cannot watch the race live then you can follow the second half of both races right here. Bookmark this page and return on the day of race for the latest updates.

What’s in it for the winner?