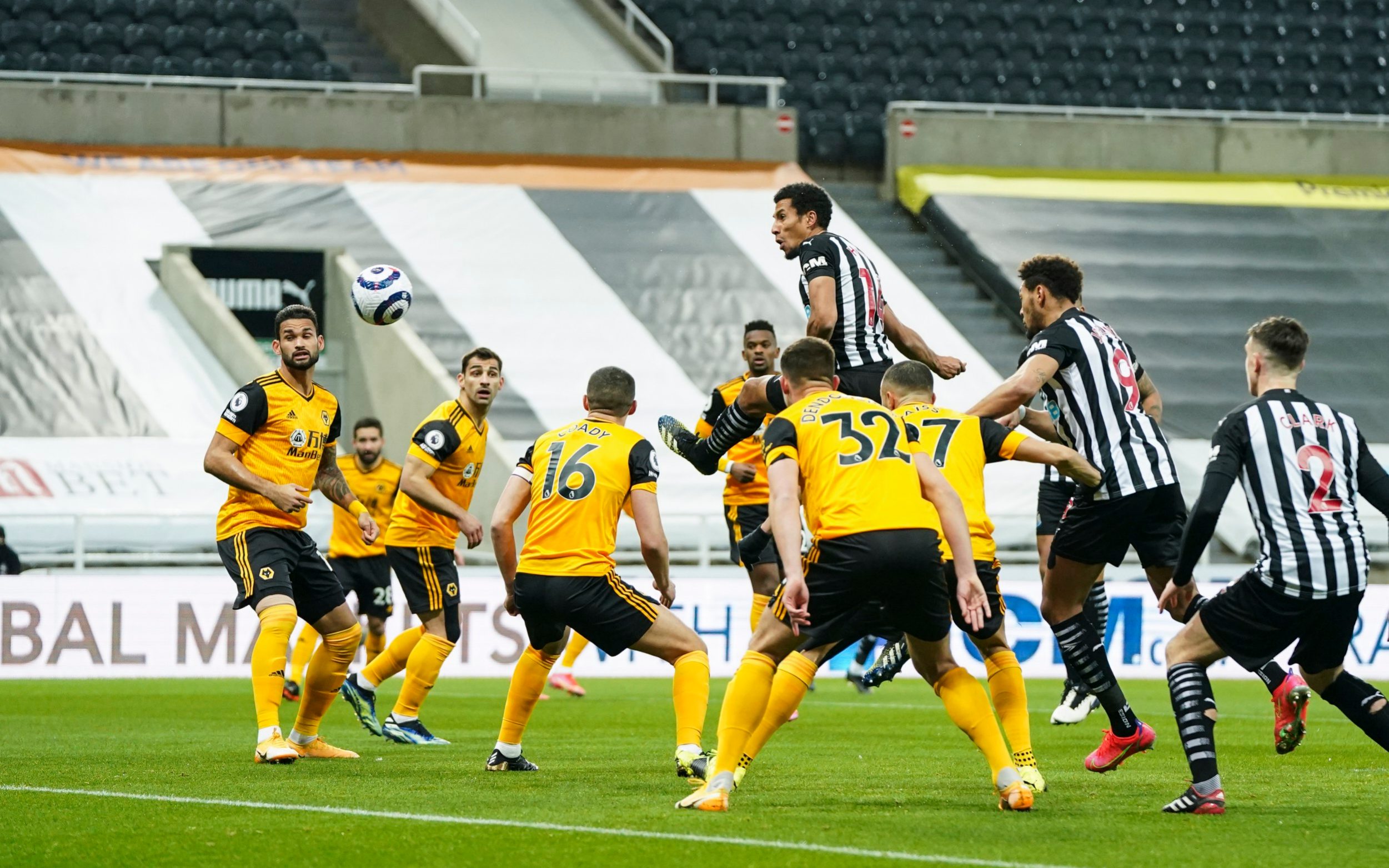 It’s another Newcastle match and another day of possible despair for their fans. Pessimism and Newcastle supporters go hand in hand. Fed up with both Steve Bruce and Mike Ashley they seemingly experience wave after wave of turmoil that not even the odd good result can cure. At times you wonder why they bother – it simply cannot be any fun following Newcastle.

Today, however, it is not tough to see why they might be down in the dumps. They face a Wolves side that has taken 10 points from a possible 12 in their past four matches, and a quick look at the Premier League table will confirm that defeat at St James’ Park combined with a Fulham win at Crystal Palace tomorrow will send them into the relegation zone.

Ever trying to be a positive ray light here’s some crumbs of comfort for Newcastle fans to grab ahead of kick-off this evening.

They played with ambition during their 3-1 defeat at Manchester United last week and when they do play with attacking intent – as with their good second-half showing in the 2-1 defeat to Leeds – they look impressive. There is little doubt that Bruce’s side need to cut out errors and play with confidence – sometimes a bounce of the ball and a positive mindset is all that’s needed to get a vital three points.

Whether they play with any ambition against a side that before this month was in a slump of its own remains to be seen, but there is little doubt that Newcastle look a different proposition when they think about attacking rather than simply sitting back and keeping a clean sheet.

Granted they are still without their one reliable source of goals – Callum Wilson – but perhaps their long-suffering supporters will at least give them credit if they play with a modicum of attacking intent.

Stay here to find out how the hosts play it, for all the team news and action.