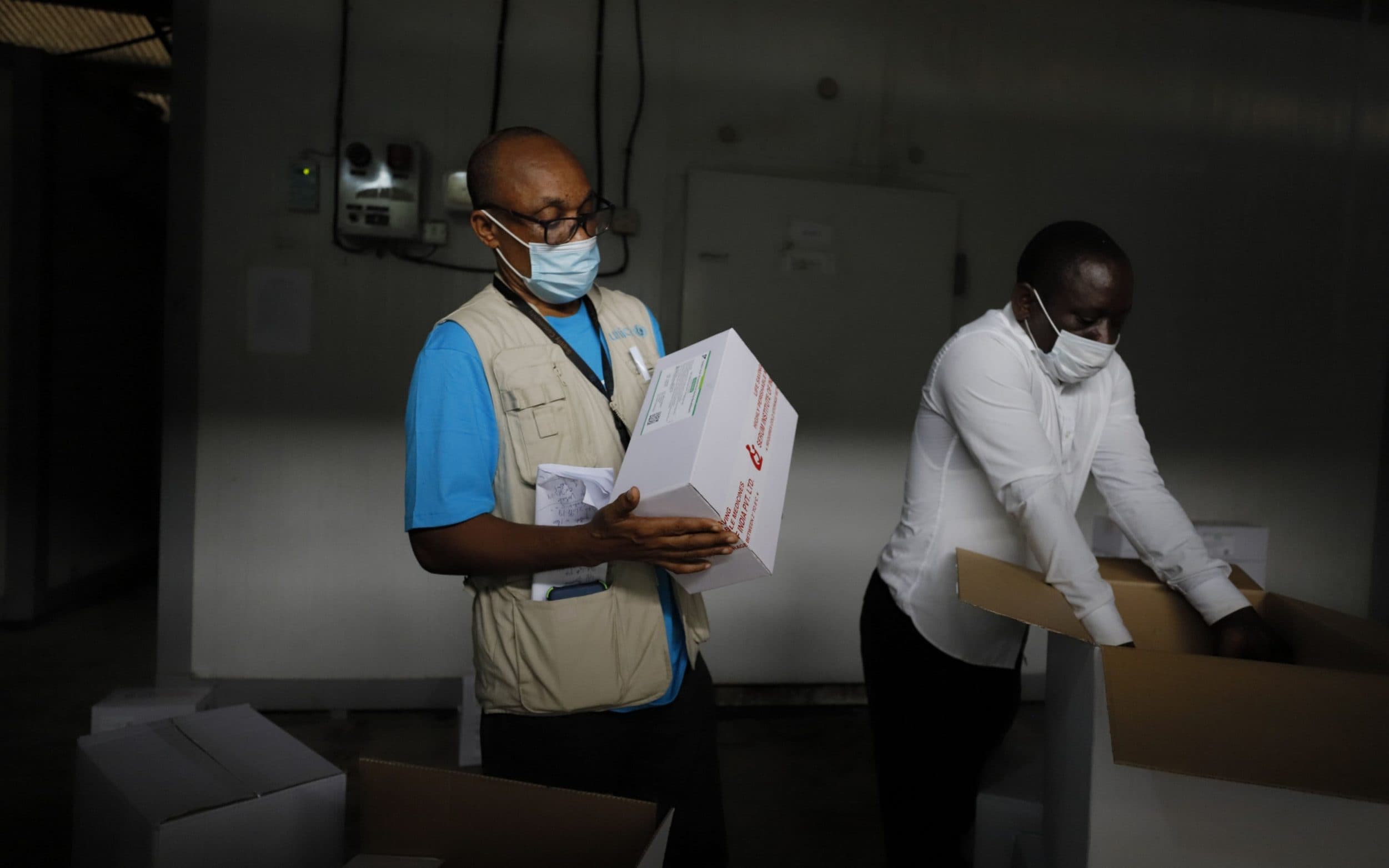 There are a range of other factors that have impeded vaccine access in developing countries. An analysis by the Argentinian Network of Health Researchers found health systems in countries such as Colombia and Peru were simply too overwhelmed to cope with a vaccination campaign.

Prof Castillo says logistical difficulties are also a factor. For instance, the Pfizer/BioNTech and Moderna vaccines must be transported and stored at deep-freeze temperatures.

That requirement “multiplies up to five times the cost of transport compared to conventional freezers”, he said.  Even though other vaccines can be stored at normal fridge temperatures a cold chain is still required. That is why transport matters.

Prof Castillo points out that in Africa, air freight transport is almost non-existent, which inhibits speedy delivery of vaccines to remote areas.  In addition, African airport charges are among the highest in the world.

Similar challenges appear on land. “We find roads difficult to asphalt and others that, even if they are, lack the necessary maintenance to facilitate their circulation. This is a challenge that makes it even more difficult to get the vaccines to the different points of use on time,” Prof Castillo said.

In some countries security measures would be needed to protect vaccine shipments from both criminal gangs and corrupt officials looking to take their cut.

And countries mired in conflict, such as Syria, Yemen and Libya, will have particular problems launching a vaccination campaign.

These countries are likely to be completely dependent on Covax because they may lack the capacity to negotiate with pharmaceutical companies.

“The philosophy for which the Covax facility was established is to provide assistance to the neediest countries, and of course the countries in conflict come first,” said Ahmed Al-Mandhari, the WHO Eastern Mediterranean regional director.

The final twist in the cocktail of challenges for the developing world is its political vulnerability and pandemic denialism. In Peru, nearly 500 people, including former President Martín Vizcarra as well as other top politicians and members of their families, were secretly vaccinated with a batch of doses from Chinese firm Sinopharm.

In Argentina, the former health minister who was in charge of the country’s Covid-19 strategy, Ginés González, resigned after it emerged he had authorised vaccines for politicians, journalists and business heads who were not in priority groups.

Countries where political leaders downplayed or denied the scale of the pandemic, such as Brazil, have also seen low vaccination rates.

In the face of such challenges how should developing countries respond? Argentinian researcher Belén Herrero has called for more regional collaboration – although this seems to have been a missed opportunity so far.

“Such actions could have contributed, for example, towards strengthening cross-border cooperation; flights carrying equipment and vaccines could be arranged, joint negotiations would facilitate purchases and acquisitions with vaccine producers, all while strengthening regional capacities,” she said.

Joachim Osur says Covax relies more on the goodwill of wealthy countries than on substantive legal and contractual mechanisms.

“And that is where we encounter a problem,” he said.

“Should the UK for instance agree that vaccines manufactured in its own territory be transported to other countries while its own citizens need it?

“And if the US has enough money to purchase vaccines for its citizens who are dying daily, should it go slow so that Africa, where the pandemic is more protracted, can also receive some doses?”

“Africa lost the vaccine plot from the moment they allowed themselves to be subject to charity,” he says.

Mr Ofware says collaboration is indeed needed, but it should focus on strengthening local expertise and capacity.

“The continent [Africa] should have forged collaborative deals with pharmaceutical companies from the word go so that some of the vaccines could be manufactured cheaply, locally, so they can have easy access, like what is happening in India,” he said.

A longer version of this article has been published on SciDev.net