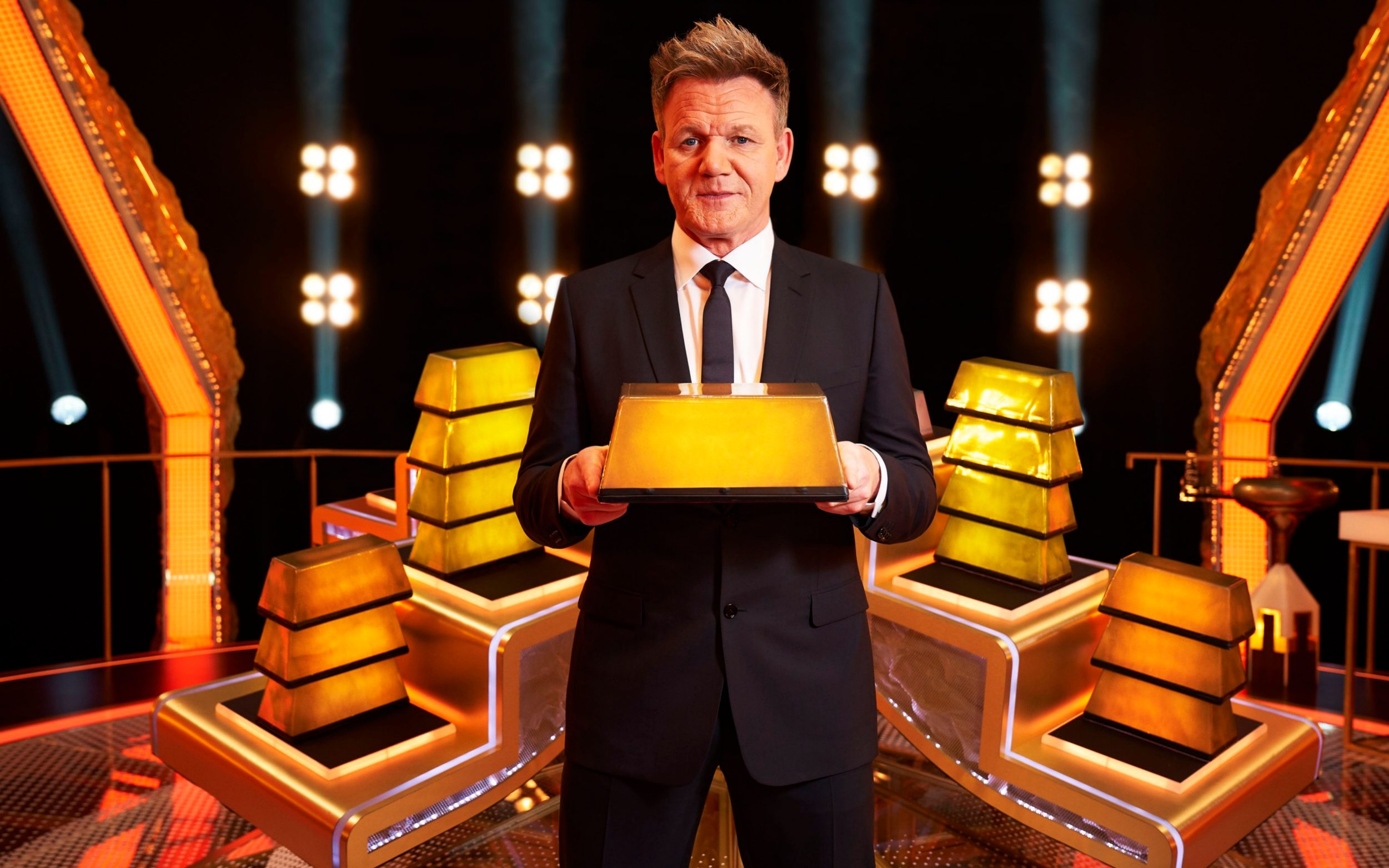 Would you like to spend three nights a week with Gordon Ramsay? Don’t worry, he won’t be screaming in your face or throwing your carbonara at the wall. He’s a game show host now, you see. Gordon Ramsay’s Bank Balance (BBC One) is made by Gordon Ramsay’s production company and Gordon Ramsay looms very large in it.

Truth be told, I went into this braced for a decent game show ruined by a bad host. In fact, it was the other way around. Ramsay was entirely competent and actually quite charming when dealing with the contestants. The theme music carried an air of menace and Ramsay kicked off by playing up to his thuggish image – the game is “unpredictable, volatile and very, very unstable… sound familiar?” – but he soon settled in as a sort of benevolent father figure. Anne Robinson could eat him for breakfast.

No, the problem here is the game itself. The concept sounds simple enough: contestants answer questions and place bars on a balance board. If they can plant all of them without the board tipping over, they win £100,000. Perhaps that’s too simple, because the programme-makers felt the need to complicate it. So there are 12 zones, 12 questions and 12 stacks, but the number of bars in the stack depends on the number of answers given, and there are penalty bars for wrong answers but also zero bars that add zero cash, and contestants get “pick again” credits even when they haven’t earned any money.

Most problematic, though, is the board itself, which looks like it was knocked up by the makers of Buckaroo. The design means that it is difficult, as viewers, to work out when it’s close to tipping over – thus removing any sense of excitement.

Giving over a big chunk of a weekly schedule to a quiz can work if it’s a well-known show or one that can be understood instantly. It helps if viewers can play along at home. ITV did it with Who Wants to Be a Millionaire?, and Channel 4 with The Million Pound Drop. But the BBC is taking a serious gamble by turning over three nights a week for the next three weeks to Bank Balance.

This launch episode was carried by the personalities of the first contestants, siblings Tosin and Tobi. Their good-natured bickering was the most fun thing here. When the players are less entertaining, expect the viewing figures to topple.