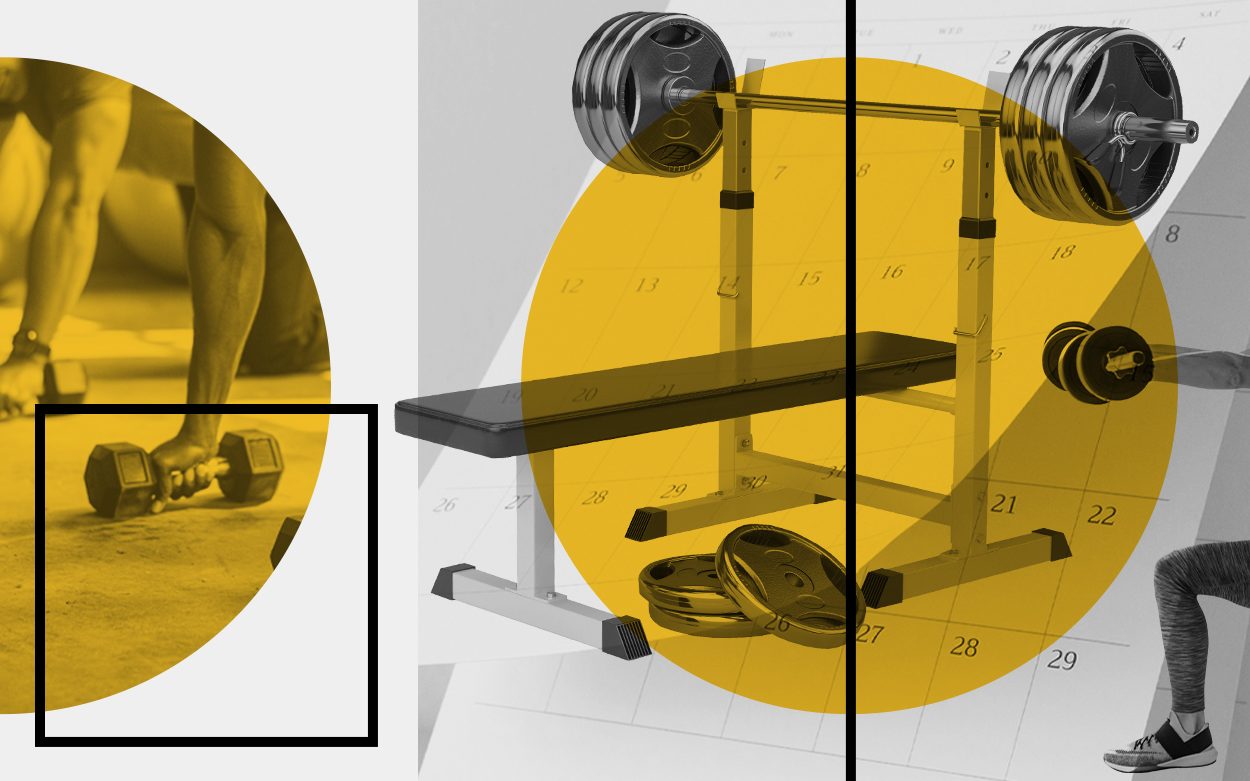 Gyms will reopen in England on April 12, but people from different households must not deliberately mix there, under new rules announced by the Prime Minister on February 22.

Gyms, swimming pools and other indoor exercise venues will reopen in the second stage of the easing of lockdown, which begins after Easter.

But ministers are keen that there is no indoor household mixing until later in the year, so it will remain against the rules to meet someone who is not in your household for an indoor workout. Exercise classes will also be banned when gyms reopen in an attempt to reduce contact between people as they work out.

Social distancing, regular cleaning and other Covid-secure measures are also expected to apply.

Further easing of the rules will come in the third stage on May 17, when people will be allowed to mix indoors again. Saunas and steam rooms will also reopen in stage three.

Outdoor facilities, meanwhile, will open in the second part of stage two, on March 29. That means outdoor swimming pools, tennis and basketball courts will be opened earlier than indoor facilities.

Gyms are thought to be more high risk than other indoor venues because people exercising expel more droplets and aerosols as they breathe more deeply. But many gyms are well-ventilated and have Covid-secure measures such as regular cleaning.

By June, the Government hopes to drop social distancing requirements and other restrictions on venues reopening, but the relaxation of these measures depends on the outcome of a review by officials.

Ministers hope that life will be broadly back to normal by the fourth step of the lockdown easing on June 21, but it is possible that some restrictions will continue into the Autumn. The Prime Minister said decisions will be led by “data, not dates”.

Since Jan 5, gyms have been closed and exercising rules have been limited, with people being told their daily exercise must be limited to one outdoor excursion only and not outside their local area. This should only be with one other person outdoors from outside your household.

The government also said the only occasion a sports centre can stay open is for elite sports persons to train and compete (in indoor and outdoor sports facilities), and professional dancers and choreographers to work (in fitness and dance studios).

However, there have been calls to reopen gyms as a matter of priority because of the positive effects exercise has on mental health. Despite this, lockdown measures are still in place for the time being, and gyms are no exception.

Can I go to the gym?

Not until April 12. Under current rules, gyms are still closed and therefore the only option to exercise is either in your home or outdoors with one other person outside of our bubble should you wish.

Not really. The guidance says people should “wear a face covering in enclosed spaces where social distancing is not always possible and they come into contact with others that they do not normally meet’.

In crowded areas, this advice could extend to runners but officially there’s no advice requiring people who are exercising in a wide open space to wear a mask. As long as you are practising social distancing, it shouldn’t be necessary to wear a face covering while exercising.

“No reason comes to my mind that we should be recommending face masks to be used during exercise. It would be expected that people should be socially distanced during exercise,” said Dr Ben Killingley, Consultant in Acute Medicine and Infectious Diseases at University College London Hospital.

However, many professionals are in agreement that wearing a mask is more about preventing the spread of Covid-19 to others, rather than protecting yourself, particularly if you are asymptomatic. In a study published in the Journal of the American Medical Association (JAMA), 42 per cent of 78 close contacts of Covid-19 patients in a hospital in Wuhan, China, showed no symptoms of the disease.

If you are going to be jogging in a highly populated area, it might be advisable to keep a face mask in your pocket and put it on as you pass any crowds of people.

Is wearing a face mask while exercising harmful?

There’s no scientific consensus on either the benefits, or the dangers, of wearing a face mask while exercising, primarily because little research has been done into the area.

Last May, a man’s left lung collapsed after he jogged for two and a half miles while wearing a face mask in China. The doctors found that his left lung was punctured and had shrunk by 90 per cent, a condition that they believe was caused by the high pressure in the man’s organ due to the fact that he carried out intense exercising while wearing a mask. Dr Chen Baojun, a chief medic from the Wuhan hospital, warned that people should avoid wearing face masks while exercising as the face-coverings could obstruct the circulation of oxygen.

However, these incidents are very rare, and it’s likely that there were underlying health conditions, or other factors such as an ill-fitting mask or over-exertion, at play.

Some professionals have advised against high intensity exercise, such as running, while wearing a face mask. Speaking on This Morning last May, Dr Hilary Jones advised viewers that wearing a face covering while exercising might not be a good idea.

“If you’re exercising outdoors and you’re jogging you don’t really need a mask, as long as you’re not with other people,” he said. “There’s no guidance to suggest you should wear a mask or it’s beneficial. In fact, it’s covering your mouth and your nose, it’s inhibiting your breathing to some extent and some people would say you’re rising the rate of levels of carbon dioxide you’re breathing out when you’re exercising and that’s probably not a good idea.”

However, the research is still in very early stages. “Studies assessing the effects (including CO2 levels) of healthcare workers wearing a respirator (tight fitting masks) have been done and they do show (through several mechanisms) that they can impair work performance,” said Dr Killingley. “However, I’m not aware of similar studies of other types of facemask and certainly not related to general public use.”

What type of mask should I wear when I’m exercising?

From floral prints to heavy-duty respirators, it seems there’s a face mask cropping up for every occasion. But with Adidas and Rebel jumping on the trend, is there a specific type we should be using?

“A number of companies are producing face masks to run in, and these are for style and using materials to prevent becoming excessively damp – breathing through the mask will produce water,” said Professor Andrew Lane, Professor of Sport and Learning at the University of Wolverhampton. “The mask should be clean and so having several will help. The material needs to be porous. Many runners use a buff as a mask.”

To help support our “journey back into the world” Rebel have introduced a face mask made out of soft, breathable fabric that’s washable, making it safe for a sweaty exercise. They also provide FFP 1 grade protection.