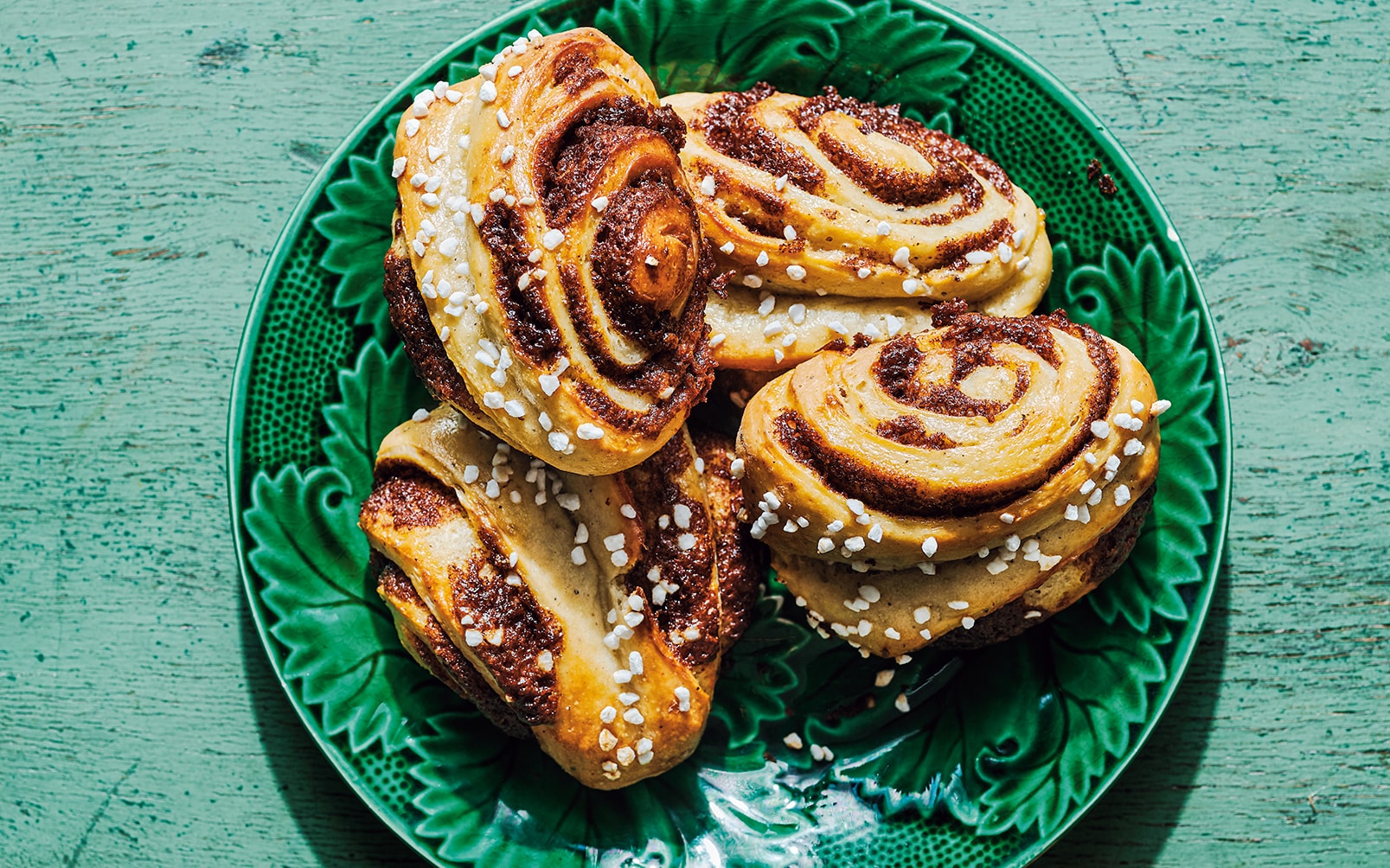 In Copenhagen, the smell of cardamom pulls me into all those cafés and bakeries. The shape of these buns is common in Finland, where they call them ‘little ears’. It’s very important to use the exact quantities and to let the bread prove properly, or it won’t have the structure to keep the filling inside (though a little always seeps out).