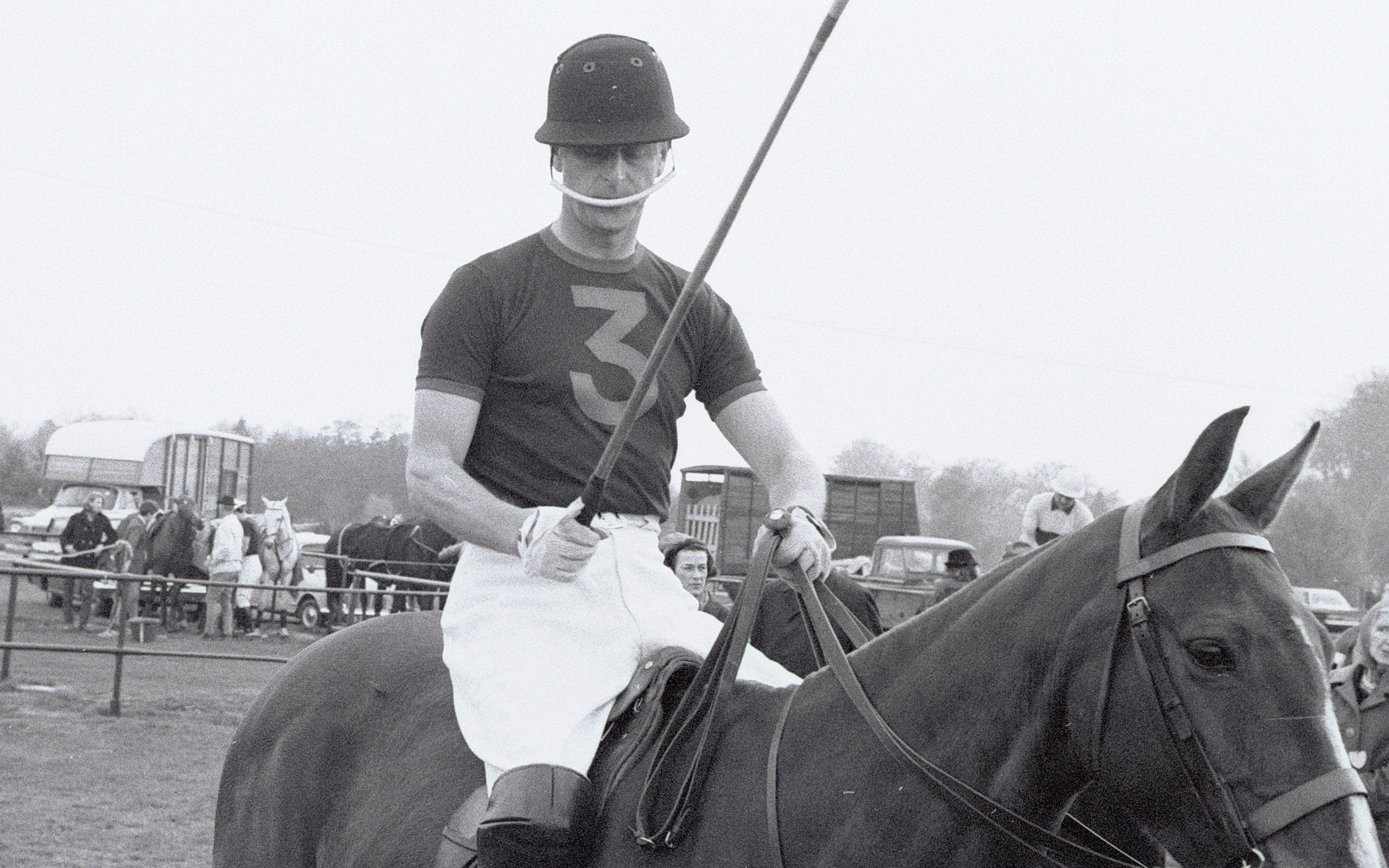 Commentators billed the long-haul trip as a couple’s last to the continent because of their age, but the Palace dismissed speculation that it was a “farewell” visit.

Yet just weeks later, the duke, at the age of 90, was rushed to hospital by helicopter from Sandringham as the royal family were preparing for Christmas, after suffering chest pains.

In the serious health scare, he was treated for a blocked coronary artery at Papworth Hospital in Cambridgeshire and underwent a minimally invasive procedure of coronary stenting.

The Queen, their children and grandchildren visited during his four-night stay, which saw him spend Christmas and Boxing Day in hospital.

A few days after his release, the duke appeared in good health as he attended the annual New Year’s Day church service at Sandringham, making the 400m trip from the main house on foot.

As his age has advanced, concerns for his well-being increased as cancellations of engagements and hospital stays have become more frequent.

In the midst of the Queen’s Diamond Jubilee celebrations in June 2012, he was forced to miss the majority of the festivities after falling ill.

He was in hospital for several days with a bladder infection and absent from the Jubilee concert and service of thanksgiving.

He had taken part in the Jubilee river pageant in extremely wet and windy conditions the day before, joining a flotilla of 1,000 boats along the Thames.

Doctors suggested the pageant might have exacerbated his condition if he did not make enough visits to the toilet.

The duke was released from hospital the day before his 91st birthday.

Asked if he was feeling better as he was leaving, he quipped: “Well, I wouldn’t be coming out if I wasn’t.”

In August 2012, he spent five nights at the Aberdeen Royal Infirmary – again for a bladder infection.

He was rushed to hospital during the royals’ annual summer break at Balmoral in Aberdeenshire and missed the opening ceremony of Paralympic Games in London.

In April 2013, he was pictured with a black eye while on a trip to Canada. But it was said that he woke up with the discoloration, rather than having a fall.

On June 3 2013, on the eve of a service to mark the 60th anniversary of the Queen’s Coronation, Philip pulled out of a gala reception for the Royal National Institute of Blind People after feeling unwell.

It emerged that he had missed an engagement at Windsor a few days earlier, but had been well enough to join the Queen at the Epsom Derby the next day.

He was by the the Queen’s side for the 60th anniversary of the coronation service at Westminster Abbey.

Then two days later, on June 6 2013, Buckingham Palace announced that he had been admitted to hospital for an exploratory operation on his abdomen and was expected to stay in the London Clinic for up to two weeks.

He underwent surgery under general anaesthetic the next day and the Palace said he was progressing satisfactorily and that the results would be analysed.

Philip spent his 92nd birthday in hospital, when he was visited by his youngest son, the Earl of Wessex, and then the Queen.

The Palace said the duke was progressing according to plans and was in good spirits, but would spend around two months convalescing after leaving hospital.

He left hospital waving and smiling on June 17 2013 – 11 days after he was first admitted.

The duke recuperated at Sandringham in Norfolk and it was nearly two months before he was next seen in public, carrying out his first official engagement since his surgery by travelling to Scotland on August 12 2013 to hand out medals at the Royal Society of Edinburgh.

Philip finally met his new great-grandson, Prince George, in mid September after the Duke and Duchess of Cambridge headed to Balmoral for a private holiday when George was eight weeks old.

In May 2014, the duke had a “minor procedure” carried out on his right hand at Buckingham Palace and was seen wearing a bandage to protect it. His engagements continued as planned.

He was seen wearing hearing aids for the first time at a Buckingham Palace reception on October 28 2014, when he was 93.

Just ahead of his 95th birthday in June 2016, he pulled out of the Battle of Jutland anniversary events following medical advice, with his son-in-law, Vice-Admiral Sir Tim Laurence, saying he had a “minor ailment”.

Yet the Queen’s official birthday celebrations in June 2016 saw Philip, who turned 95 that weekend, join the monarch throughout a busy few days of festivities, from a service of thanksgiving to Trooping the Colour and a street party on The Mall.

Both the Queen and the duke fell ill with heavy colds before Christmas in 2016, forcing them to delay their trip to Sandringham by a day.

But while the Queen was not well enough to attend the Christmas Day church service nor the New Year’s Day one, Philip went to both.

In May 2017, when the duke was 95, Buckingham Palace announced that Philip had decided to retire from public duties.

However, it was not his health that prompted the move, but his desire to enjoy more leisure time.

Just a few days later, he was out and about carriage driving at the Royal Windsor Horse Show.

He turned 96 in June 2017 and a week later helped the Queen celebrate her official 91st birthday at the annual Trooping the Colour parade.

On June 20 2017, he spent the day at Royal Ascot, where temperatures were so sweltering that the dress code in the Royal Enclosure was relaxed for the first time.

But that evening was admitted to King Edward VII’s Hospital in London as a precautionary measure, for treatment of an infection arising from a pre-existing condition.

He missed the State Opening of Parliament the next day, when the Prince of Wales stepped in to accompany the Queen.

On his final official engagement on August 2 2017 as he retired from public duties, the 96-year-old duke strode with ease around the forecourt of Buckingham Palace in the pouring rain, meeting Royal Marines.

He made an appearance at the Royal Albert Hall for the Festival of Remembrance in November 2017, and then the next day at the Cenotaph as the Queen watched from a balcony for the first time rather than laying a wreath.

Concerns were expressed for his health when he appeared to lean against a pillar for support while standing during the Whitehall service.

But a week later he was carriage driving at Windsor on the day of his platinum wedding anniversary, and he and the Queen celebrated in the evening with a party for more than 100 family and friends.

On March 22 2018, Philip was said to have pulled out of an official engagement with the Queen and Duke of York, marking Andrew’s new role as Colonel of the Grenadier Guards, because he was under the weather.

Then on March 29, he missed a Maundy service with the Queen because of a problem with his hip, and did not attend church on Easter Sunday on April 1.

On April 3 2018, the duke was admitted to King Edward VII hospital for a planned operation on his hip.

Buckingham Palace said on April 4 that the duke had undergone a successful hip replacement operation and was comfortable and in good spirits.

He left hospital nine days later, waving to the media as he was driven to Windsor Castle to recuperate, and in May 2018 attended the Duke and Duchess of Sussex’s wedding, walking unaided.

He missed church on Christmas Day in 2018, but was said to be in good health.

Then on January 17, 2019, Philip was involved in a car crash when the Land Rover Freelander he was driving was hit by another car as he pulled out of a driveway near the Queen’s Sandringham Estate in Norfolk on to a busy A-road.

The 97-year-old duke was initially trapped and had to be helped through the sunroof or windscreen by a passing motorist after his car flipped over.

Philip escaped injury but was shocked and shaken by the accident which left two female passengers in the other vehicle requiring hospital treatment.

A nine-month-old baby boy in the other car was unhurt.

Buckingham Palace said the duke saw a doctor as a precaution but was not injured – although witnesses suggested Philip was bleeding after suffering a cut.

The duke was admitted to King Edward VII’s Hospital just before Christmas on December 20, 2019 for treatment relating to a “pre-existing condition”.

Earlier this year the Duke and the Queen were given a coronavirus vaccine at Windsor Castle by a household doctor.

They have been spending lockdown sheltering at in Windsor and had a quiet Christmas at the Berkshire residence after deciding to forgo the traditional royal family gathering at Sandringham.