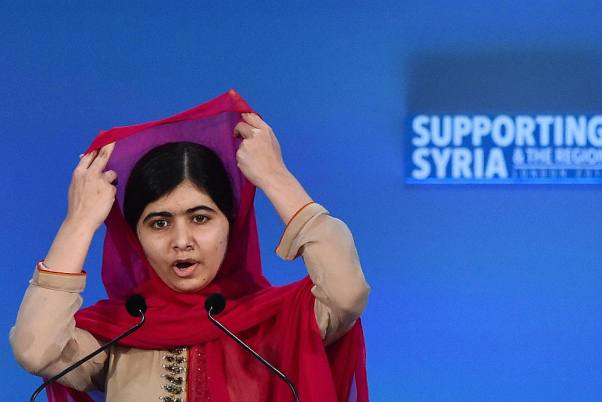 Pakistan News – Malala Yousafzai of Pakistan, who has been awarded the Nobel Peace Prize, has again threatened to kill him. Taliban spokesman said – next time there will be no mistake. It was the Taliban who killed Malala in 2012. She has been living in the UK since then.

Malala has been given fresh threats by Taliban spokesman Ahsanullah Ahsan. This is the same Ahsan that the Pakistan Army allegedly arrested in 2017. He absconded dramatically in 2020. After the new threat, Malala asked the Imran Khan government and army of Pakistan through social media – just tell me how this terrorist escaped from your captivity.

On Wednesday, Taliban spokesman Ahsan threatened to kill Malala. On social media, he wrote while tagging Malala – next time we will not make any mistake. Malala responded after this threat. This social activist tagged the Pakistan Army’s Media Wing (DGISPR) and Prime Minister Imran Khan. Said- He is a former Taliban spokesman. Attacks on me and others are responsible. Threatening people on social media. Tell me, how did this shooter escape from the government?

Following Malala’s tweet, Twitter suspended Ahsanullah Ahsan’s account permanently. Ahsan and his comrades opened fire on Malala 9 years ago. He was taken to London for treatment. Now she stays there permanently.

A video of Ahsan came out in 2020. In it he said- My name is Ahsanullah Ahsan. I am a former Taliban spokesman. Surrendered on 5 February 2017 under an agreement with the Pakistan Army. The army has turned away from the promise. So I have also escaped from jail. The Pakistani army had put the entire family in jail with me.

Ahsanullah may now be calling himself a former Taliban spokesman, but the truth is that he is still active on social media and shares all the posts of the Taliban with his account.

Following this revelation of Ahsan, the opposition in Pakistan launched a scathing attack on the government. But, surprisingly, neither the Pakistan government has said anything on this and the army. There were allegations that Ahsan was released under a deal. The special thing is that Ahsan had promised to reveal the deal, but this promise has not been fulfilled yet.