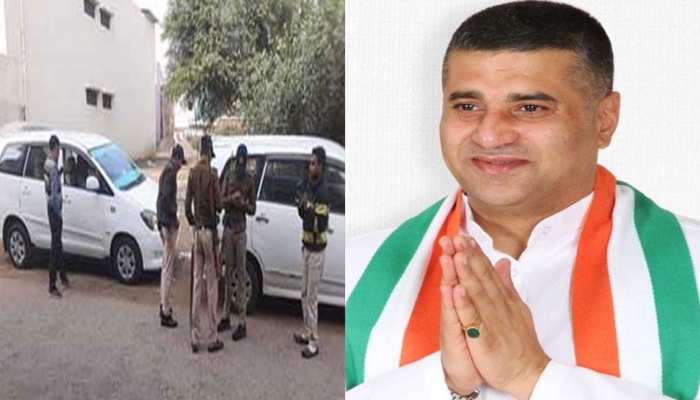 INDIA NEWS – Income tax department raided Betul’s Congress MLA Nilay Daga on Thursday. Action was taken at 20 locations in 6 cities simultaneously. Evidence of tax evasion of crores and 5 locker departments has been found. The team of Investigation Wing Bhopal acted simultaneously in six cities in three states. Daga’s family is in the edible oils business. He has soya oil plants in Satna and Salapur along with his Betul.

The team pasted the pumplets of the Netlink Summit on the vehicles to protect them from the eyes of the common people.

The soy plant is run by 4 brothers, including MLA Daga. On the first day of the raid, the department has found evidence of tax evasion of crores of rupees. Daga Bhai used to book accounts among themselves mostly on mobile and WhatsApp. The department has got his WhatsApp retrieved.

The team also got 5 lockers

The department has also got 5 lockers. These lockers can be opened on Friday or Saturday. The team also reached Betul Oil Mill in Betul, Satpura Valley School, Kothi Bazar residence, Paraswara warehouse and Seed Producers’ Committee office in Betul, Daga’s corporate office in Mumbai, Soyapur plant in Solapur and Satna. In Maharashtra, the ventricle is traded in black pepper and turmeric. Action of Income Tax Department in 6 cities including Betul, Solapur, Satna.