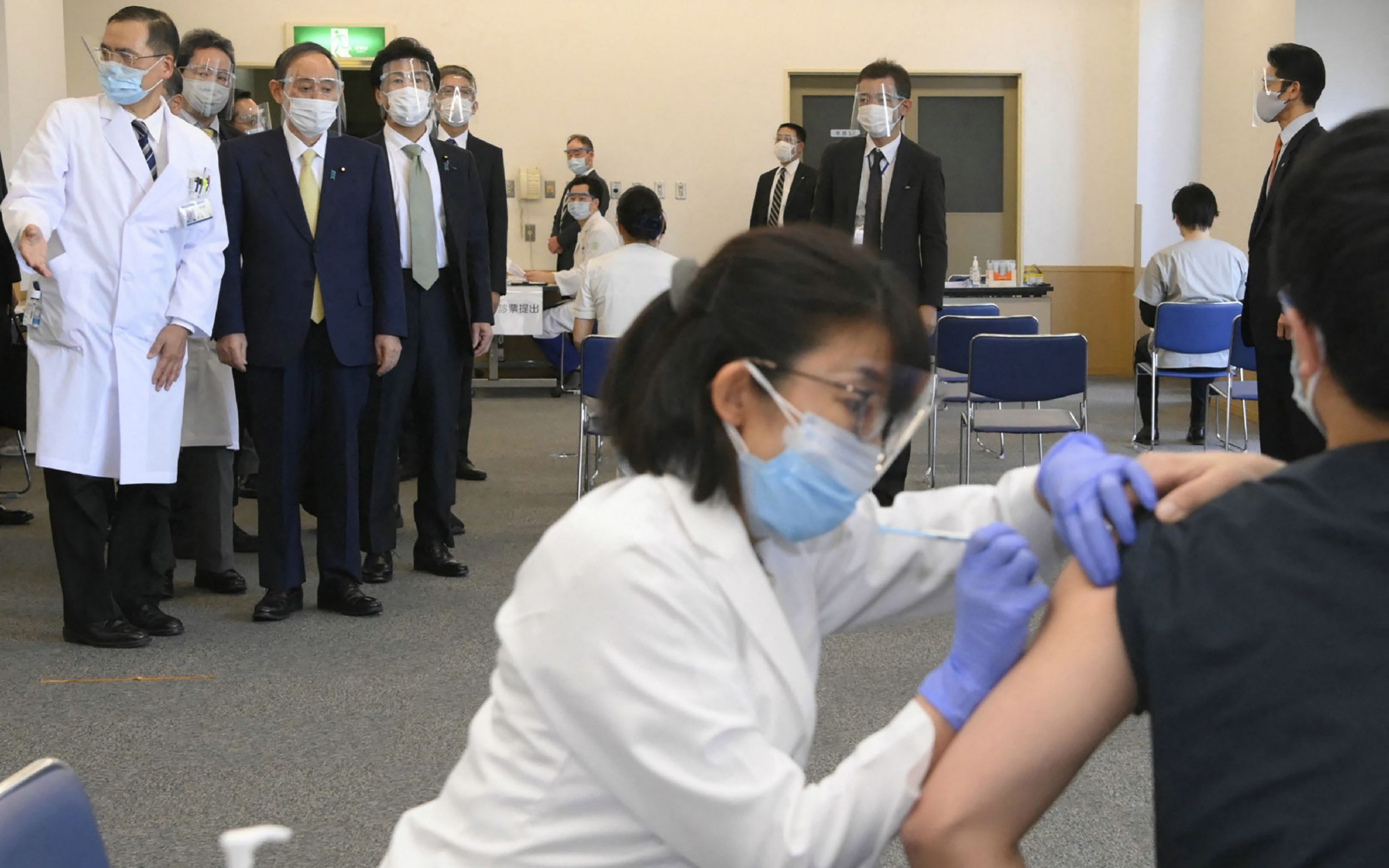 Japan confirmed a new variant of Covid-19, and an infection cluster emerged at a Tokyo immigration facility, presenting new challenges as the country tries to overcome a third wave of the pandemic.

The new variant has been found in 91 cases in the Kanto area of eastern Japan and in 2 cases at airports, Chief Cabinet Secretary Katsunobu Kato told reporters on Friday.

The government is raising surveillance against mutant varieties as they may be more resistant to vaccines, which Japan started to distribute this week.

“It may be more contagious than conventional strains, and if it continues to spread domestically, it could lead to a rapid rise in cases,” Kato said.

The new strain appears to have originated overseas but is different from other types that have been found sporadically in Japan, according to the National Institute of Infectious Diseases.

It has the E484K mutation on the spike protein of the virus that has been found in other variants, which may undermine the effectiveness of vaccines.

Japan has reported 151 cases of variants from Britain, South Africa and Brazil, according to the health ministry. The nation has had more than 400,000 cases of Covid-19 with 7,194 fatalities.

Meanwhile, 5 staff and 39 foreign detainees at a Tokyo immigration facility have tested positive for Covid-19.

All 130 detainees at the facility have been tested for the virus, according to a spokesperson for the Tokyo Regional Immigration Bureau. None of the cases is serious, and all infected detainees remain quarantined from others.

Japan’s detention system for immigration law violators and asylum seekers has been widely criticized for its medical standards, monitoring of detainees and response to emergencies.

“Many detainees are locked in a small, closed spaces,” said Motoko Yamagishi, the head of a migrants-rights group. “It is regrettable that such a outbreak happened in the centre.”