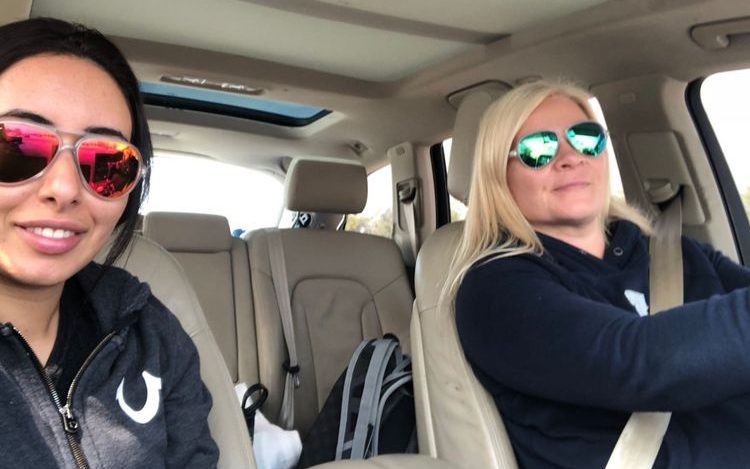 ‘People think, “Oh she’s just a spoilt princess,”’ says Tiina. ‘But she’s not. She’s like anyone who deserves a chance to be  free. Some people say, she had access to money and was able to do a lot of activities – like skydiving, which she loved. But that was just a distraction from her reality. She didn’t want to stay at home. She didn’t even call her home a home. She called it a house, and hated it. She was treated like a minor, and felt like she was suffocating. Her mother was also very religious, so anything like dancing or music was haram (forbidden).’

Tiina, now 43, never imagined she’d ended up befriending an Arab princess. She was born in Finland, where her parents have a flower business, and went to university in London, before moving to Dubai in 2001. She first met Latifa in 2010, after being hired as her capoeira (a Brazilian martial art) instructor. The pair slowly became friends, learning skydiving together, with Latifa going on to become a qualified instructor, with more than 2,500 jumps to her name.

‘It gave her a sense of freedom, and adrenaline, and a reason to get up in the morning,’ says Tiina. ‘All she ever wanted was a normal life. To work. To study. To travel. Our goal was to see the world. I wanted to show her my favourite country, Nepal, and she was desperate to go to Hawaii. We used to talk a lot about what we’d do after our escape. But it did take years for her to trust me fully and open up. She’d lived such a difficult life. It was like she was a prisoner in a gilded cage, with no freedom.’

When Latifa, now 34, finally shared her story with Tiina, it proved to be an unthinkable contrast to the superficially luxurious appearance of her life as an Arab princess, living in her mother’s private palace, complete with a staff of 100 and its own gym. In spite of her wealth, she hadn’t left the country in over two decades, and claims she wasn’t allowed even to visit friends’ houses. She wasn’t permitted to study – ‘her dream had been to study medicine,’ says Tiina – and unlike most of her step-siblings, no plans had been made for her or her sisters to marry, which Tiina believes is due to her and her sister Shamsa’s previous attempts to flee.