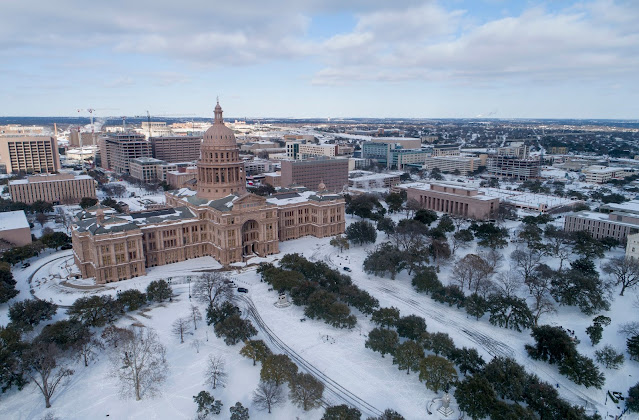 USA NEWS – These days America is facing a historic icy storm. Because of this, millions of people are locked in the house. Corona vaccine centers have to be closed. According to information received by the World News superfast, at least 21 people have died in Texas, Louisiana, Kentucky and Missouri, according to police and local media.

The storm has affected the power generation capacity

This has caused electricity problems in 14 states, from North Dakota to Oklahoma. Energy emergency had to be implemented here. The worst is from Texas. There are about 2.5 million people living without electricity in the terrible winter. According to Weather Service, the situation is not expected to improve until this weekend. The production pipeline of 1 million barrels of oil and 10 billion cubic feet of gas in Texas has been shut down due to freezing.

Biden gives confidence to states affected by the storm

According to information received by the World News superfast, the US Federal Energy Regulatory Authority says the situation is extremely difficult, in the meantime, the White House issued a statement that President Joe Biden has given confidence to the states affected by the storm that the government is difficult Time is ready to help them.

The news agency Xinhua was quoted by poweroutage.us as having reported blackouts in the Houston area. The Electric Relability Council of Texas has given up on supplying electricity on par with demand. It has issued Alert 3 of Energy Emergency. On the other hand, in Mexico also, 4.7 million people remained in the dark for 14 hours after the grid sat down.

According to information received by the World News superfast, council officials say that the situation of blackouts may continue even further. The National Weather Service has given the Winter Storm Warning in the South East Area of ​​Texas. The temperature had gone down here on Monday morning. Winter storm warning means snow accumulation that can cause movement problems in the next 24 hours.

On top of this, wind chill warning was implemented in South West Texas on Monday night, the agency said

According to information received by World News superfast, this warning was issued for the first time for this area. Wind chill warning means very cold and strong wind. This can lead to hypothermia or death if precautions are not taken.

These conditions have been caused by the Arctic blast. The Arctic wind is moving south. Due to this the month of February is the coldest in the last 122 years. There is a possibility of another snow storm on Wednesday.