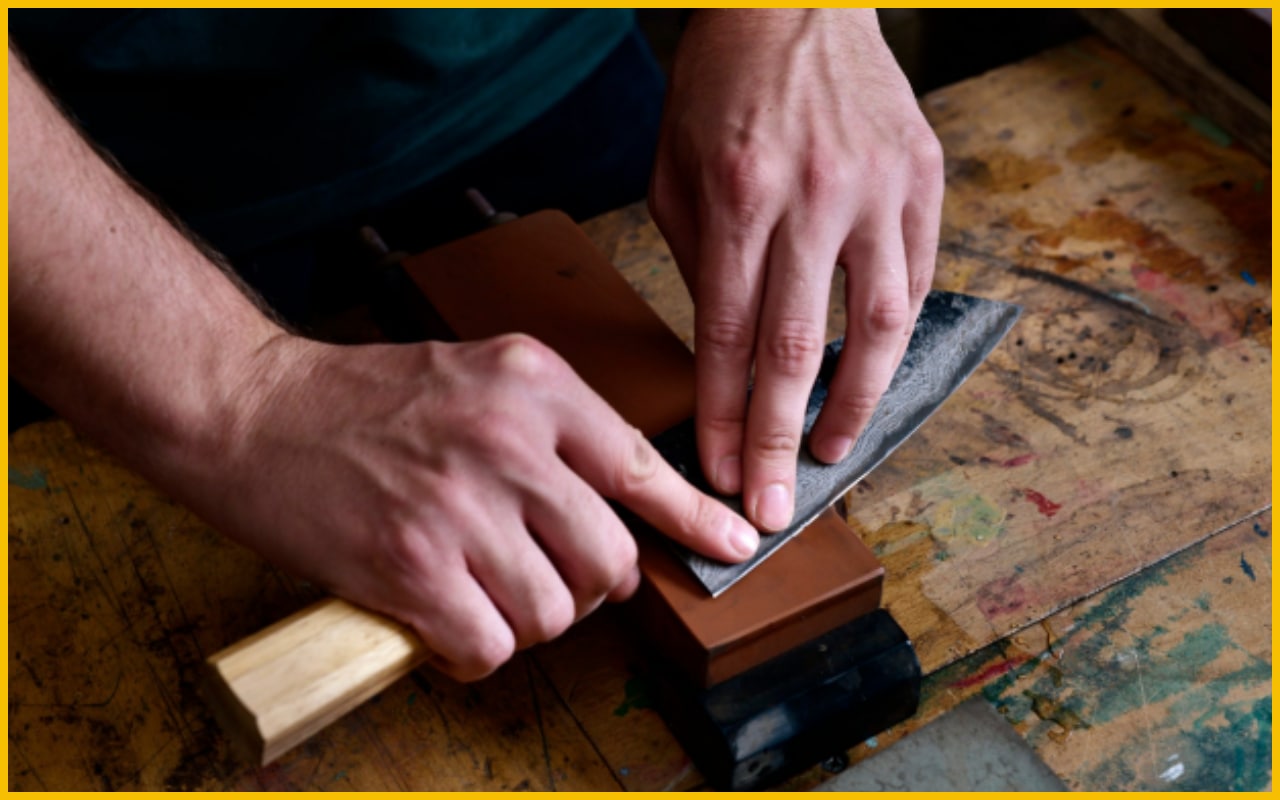 That said, Timpson believes waterstones are “absolutely” the best method. “They can be quite tricky, but it’s not rocket science.” They also benefit from the fact that they can be used on just about any knife, which can’t be said of pull-through sharpeners.

Waterstones come with different grit counts, indicating the level of coarseness. Around 1,000 grits (measured by number of grits per unit) is ideal for sharpening a knife blade. You can then use a finer stone – 6,000 grit, say – to get a nice polished finished, though this isn’t strictly necessary.

Thankfully, you don’t have to buy two separate stones. Richard Warner, a knife maker at Blenheim Forge in southeast London, recommended to me the very affordable King Kds 1000/6000 block, a combination waterstone that should sate your knife sharpening needs for under £40. And it’ll take years before the block wears out.

You might not need to spend hundreds of pounds to get the best knife sharpener, but you do need to know what you’re doing. Warner gave me a crash course in the technique. As a newbie to this method, it took a while to get used to (especially since Warner handed me a knife that had never previously been sharpened) but after half an hour’s practice and a little encouragement, I got the hang of it. Here’s what I learned…