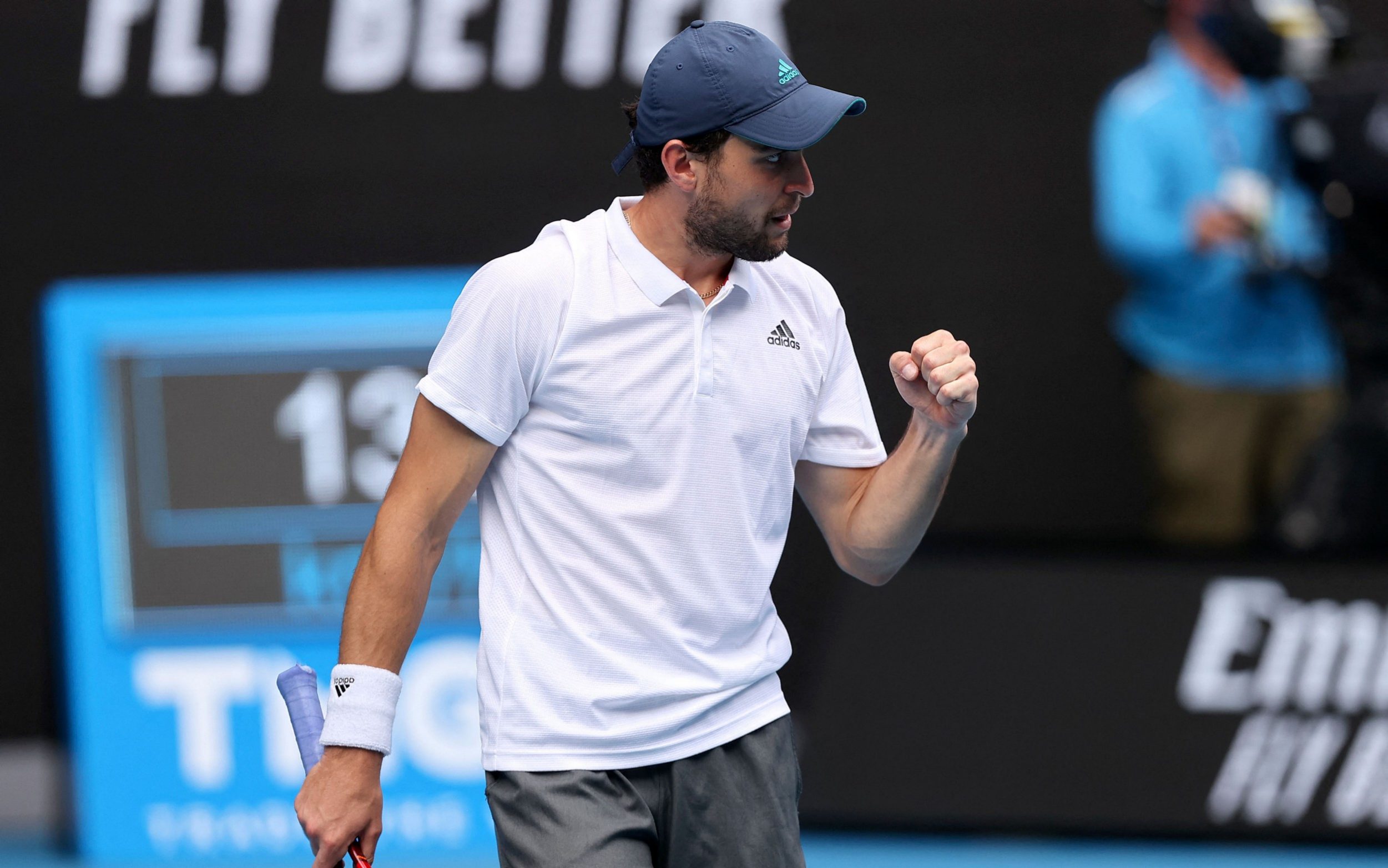 The two-time Wimbledon champion Andy Murray dropped down to the Challenger tour last week, after missing the Australian Open because of an ill-timed bout of Covid, and was well beaten by Ukraine’s Illya Marchenko in the final.

“You can be 160 or 170 in the world and you can be closer to the top 20 or 30 than you think,” said the former French Open finalist and Eurosport pundit Alex Corretja this morning.

While some photos have emerged of a 17-year-old Karatsev receiving a trophy from compatriot Marat Safin – the 2005 Australian Champion – as Russia’s best junior, he then entered a familiar cycle of moderate results and financial struggles.

The prizemoney at the entry-level Futures events he played for the next couple of years is notoriously derisory, and although he switched to concentrating on Challengers in his early 20s, Karatsev had entered 93 of these events when the pandemic struck last year and won only one.

At this morning’s press conference, Karatsev explained his nomadic route to the big time. “I’m born in Vladikavkaz,” he explained. This is a small city at the remote south-western tip of Russia, only a few miles from the Georgian border.

Because of his Russian Jewish heritage, he moved to Israel when he was three and began playing tennis in Tel Aviv. At 12, he returned to Russia, this time to Rostov – which is close to Ukraine – before another sequence of moves took him to Moscow (at age 18), then Halle in Germany, Barcelona, and finally Minsk in Belarus.

The word “cosmopolitan” hardly begins to cover it – although that also implies a level of glamour which was unlikely to be present when trawling around poorly-funded events in venues such as Samarkand, Tashkent and Ostrava.

So what changed? According to Karatsev himself, the key moment was meeting his current coach Yahor Yatsyk in Minsk. “I was moving I would say too much,” he explained. “In the end I found a coach. I think it’s a big luck that we start to work together.”

The Covid-led suspension of the tour last year proved to be a watershed for Karatsev, for he has returned as a different player since August’s resumption. He immediately transformed that bleak record at Challenger events by reaching the final of the first three he entered. Two of these he won; in the other, he finished as runner-up to three-time major champion Stan Wawrinka.

Such was Karatsev’s form that, at the start of this month, he was called up to join the Russian team that went on to win the ATP Cup. He appeared in a couple of doubles matches while Daniil Medvedev and Andrei Rublev – who are due to face off tomorrow in an Australian Open quarter-final – surged through the singles.

Earlier this week, Karatsev was asked about sitting silent through various press conferences at that event while Medvedev and Rublev fielded all the questions. How did it feel to be the centre of attention now?

He just leaned forward and, with a wry smile, replied “Fantastic”.