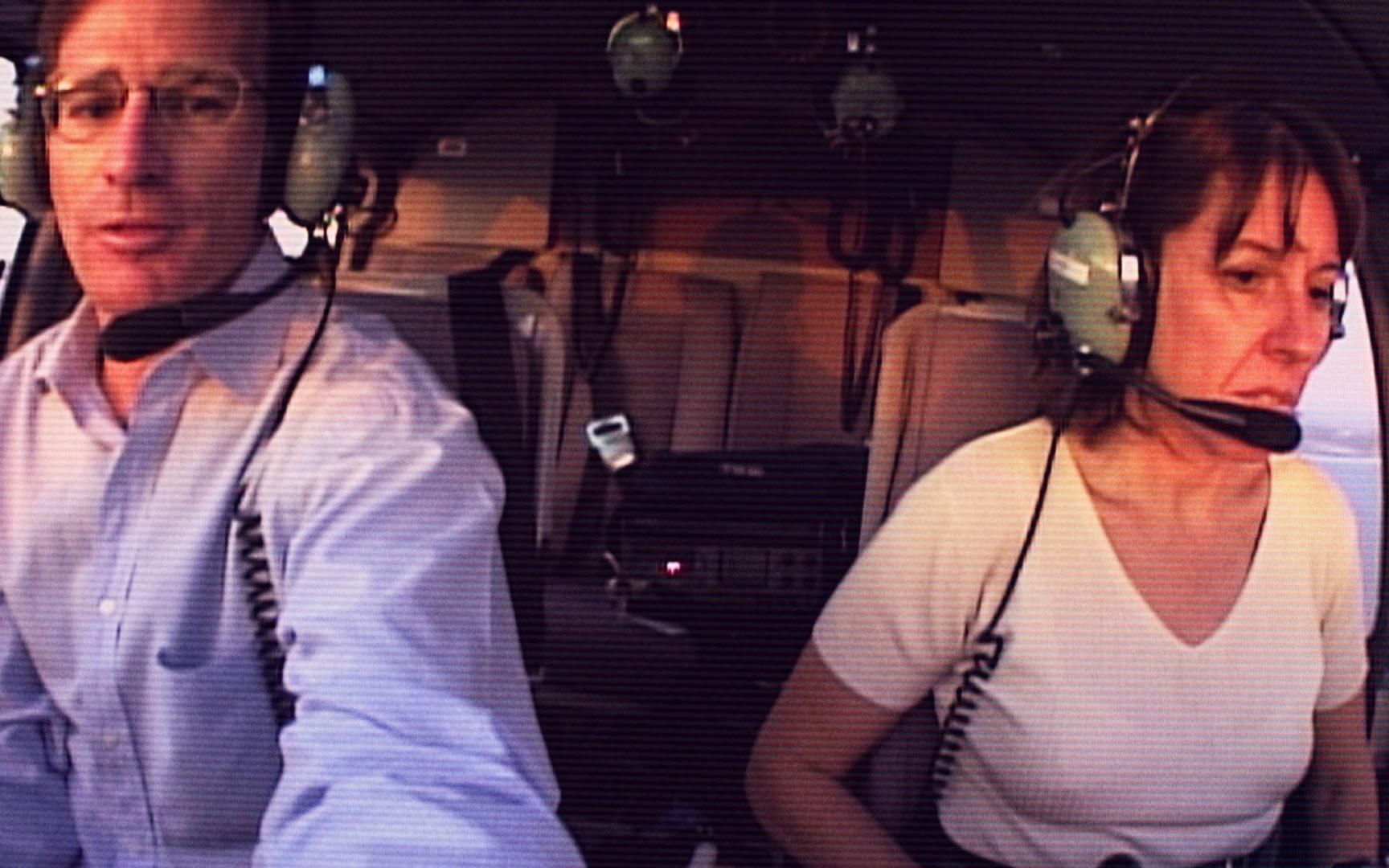 There were two stories in Whirlybird: Live Above LA (BBC Four). The first was of husband-and-wife team Bob Tur and Marika Gerrard, who revolutionised breaking news by shooting it from the skies. With no flying experience but plenty of chutzpah, Tur bought a helicopter with a $500,000 loan, invested in some flying lessons and began covering Los Angeles from the air with Gerrard as the camera operator. That footage of OJ Simpson fleeing police in a white Ford Bronco? Tur and Gerrard. The Rodney King riots? Them again. Now every broadcaster sends up a helicopter to capture aerial views, but they were the pioneers. It was a career that ran on adrenaline.

The second story: Bob Tur is now Zoey, having undergone gender reassignment surgery. This was presented not as a postscript but as a central pillar of the tale. The brashness and bravado that drove Bob to pursue 24-hour news to the exclusion of all else, frequently bringing him into conflict with the authorities, was tied up with his gender identity. “I was infused with this wonder hormone called testosterone,” said Zoey. Marika wondered if Bob behaved like Bob because that was the way Bob thought men should be.

These two narratives co-existed in Matt Yoka’s film. I found the early years to be the most engrossing, as the couple built up Los Angeles News Service, because Bob was such a charismatic presence: a Clark Kent lookalike who lived and breathed breaking news. He spent hours flying over OJ Simpson’s house following Nicole Brown’s murder, willing the case to become a helicopter story. The account of tracking down that Bronco, and delivering the best footage as rival broadcasters sent up their own crews, was riveting.

Footage of truck driver Reginald Denny being beaten almost to death by LA rioters was as shocking now as it was then. But the film raised wider questions about voyeurism: how many fatal police chases can we watch, with live commentary, before we become inured?

Yoka’s film made great use of footage from the couple’s archive. What those recordings also captured in broadcast quality was Bob’s increasingly toxic behaviour: his aggression towards Marika (who emerged from this with great credit) and everyone else around him.

There was a frustrating lack of resolution to Zoey’s story. She said that she was unlikely to see her now-adult children again. But was that because they can’t forgive the way that Bob treated their mother? Or because they were unable to accept that Bob is now Zoey? We weren’t told. It was a melancholy note on which to end.