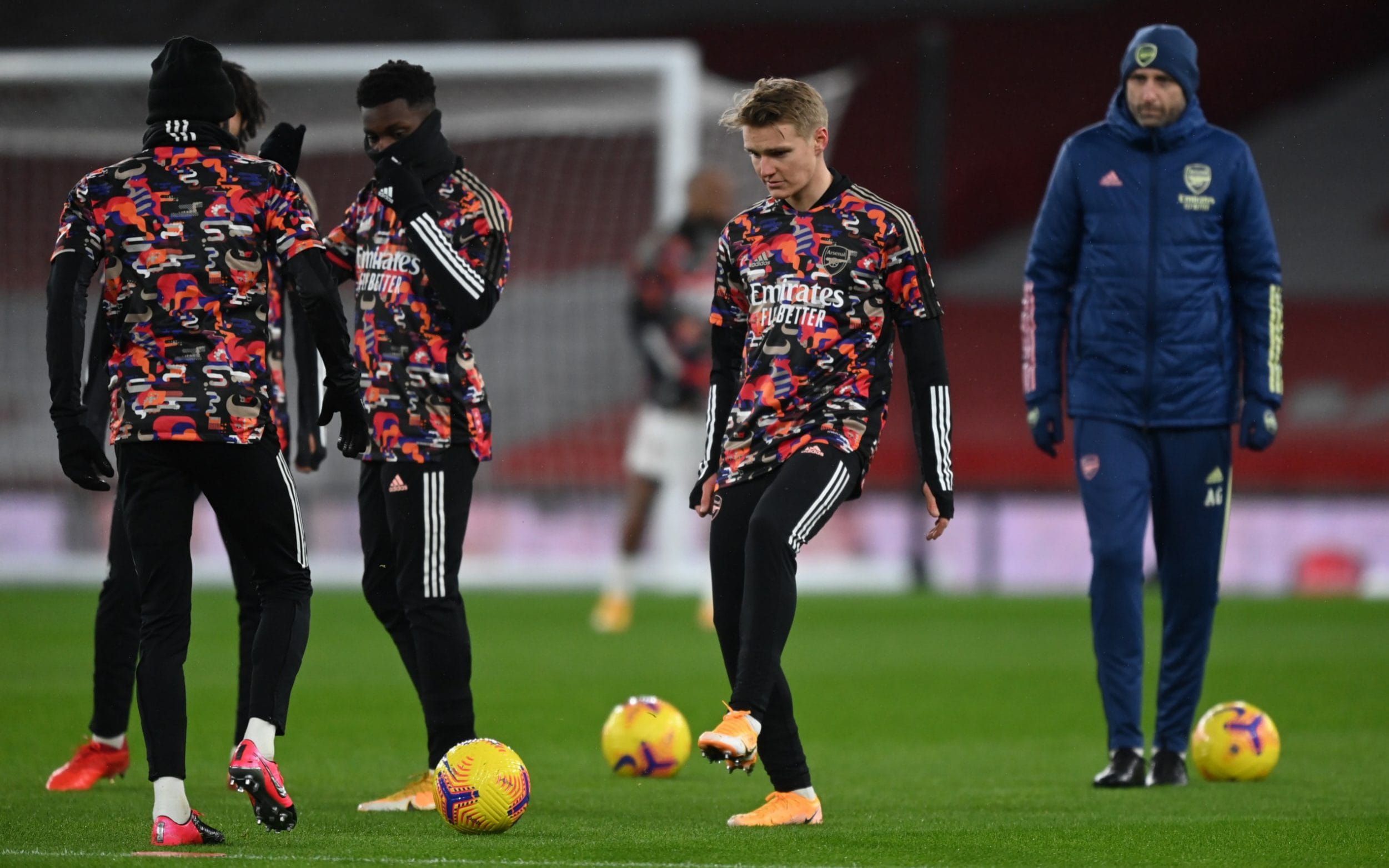 Hello there! Welcome to our coverage of Arsenal vs Leeds, a game which you’d expect has no chance of ending in a 0-0 even though that was the exact score the last time these two met. I’m hoping for many goals and lots of action.

“We are lacking ruthlessness, at the moment, because we gave a goal away, and we gave another two big chances away ourselves against Villa,” he said this week.

“We gave the game away against Wolves. We had the chances to put the game to bed and even when you make a mistake you have to try and correct it and be ruthless in the opponent’s box, and we didn’t do that either. So then you’re not going to win football matches.

“Leeds are a really brave, dynamic and energetic team that goes for the three points all the time – constantly attacking, constantly a threat, constantly pressing.

“First you have to match and improve their energy levels, and then you have to play your game and try to take it where we want and not where they want. If you do that you have a good chance to win.”

Arteta is also excited by the chance to play against Marcelo Bielsa again.

“I think he is a fantastic manager, and we are really lucky to have him in the Premier League.

“He offers something different, a very particular style of play. A very special character as well and I think we can learn and enjoy from him.

“In my opinion, they should be higher up the table for what they’ve done and some of the games they lost in an incredible way.

Kick off is 4:30pm and we’ll be providing you with live written coverage throughout.