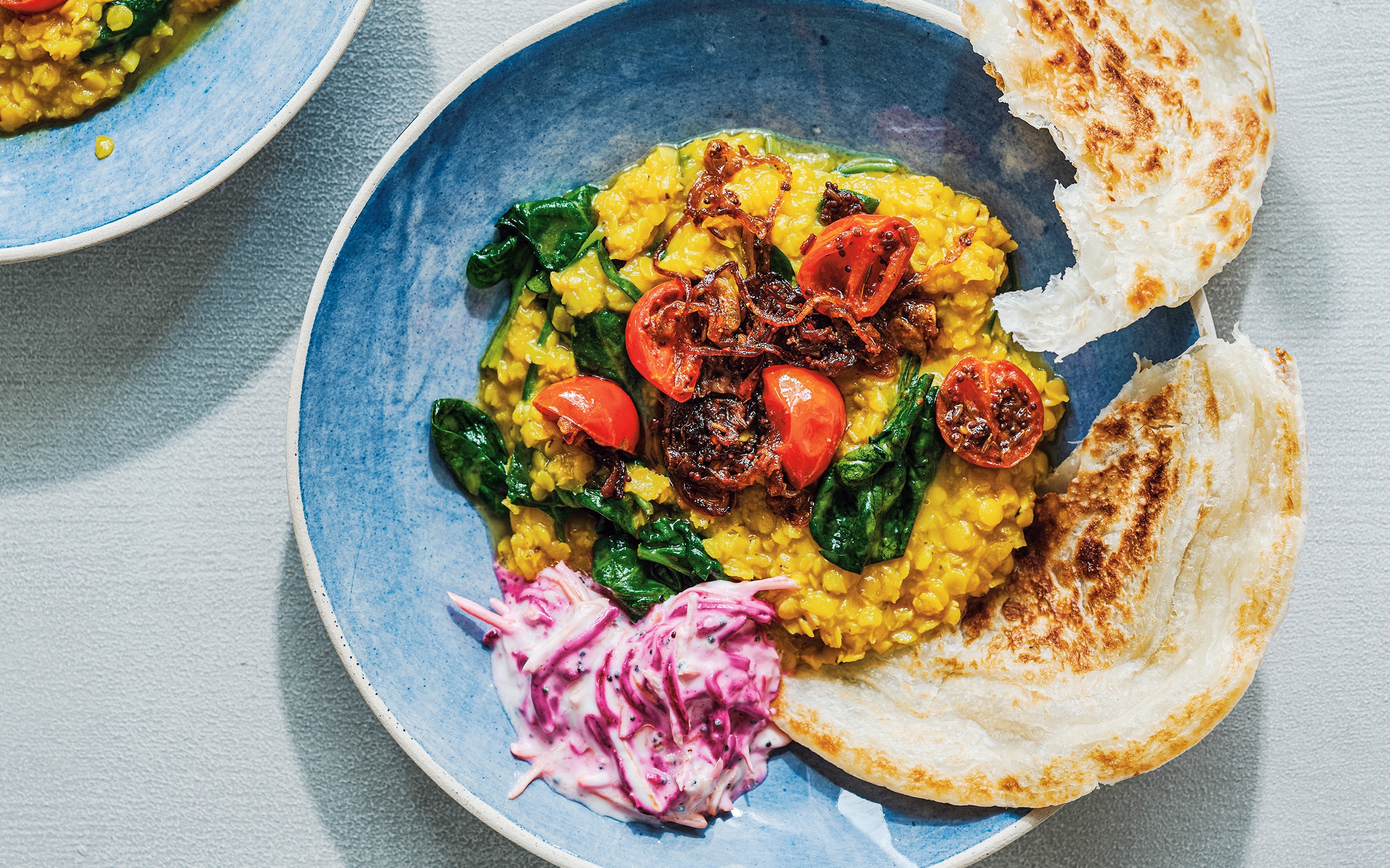 Just simple dal. The brilliant thing is that you don’t need stock or many flavourings. The tarka – which you fry at the end – is where you inject the flavour. Before that there’s very little to do. The rainbow raita is an idea from my friend Nik Sharma, a US-based food writer, from his wonderful book ‘Season’. It looks great and adds loads of colour. It’s optional, though. I can eat dal with just plain yogurt and a spoonful of chutney – and I could eat it every day.