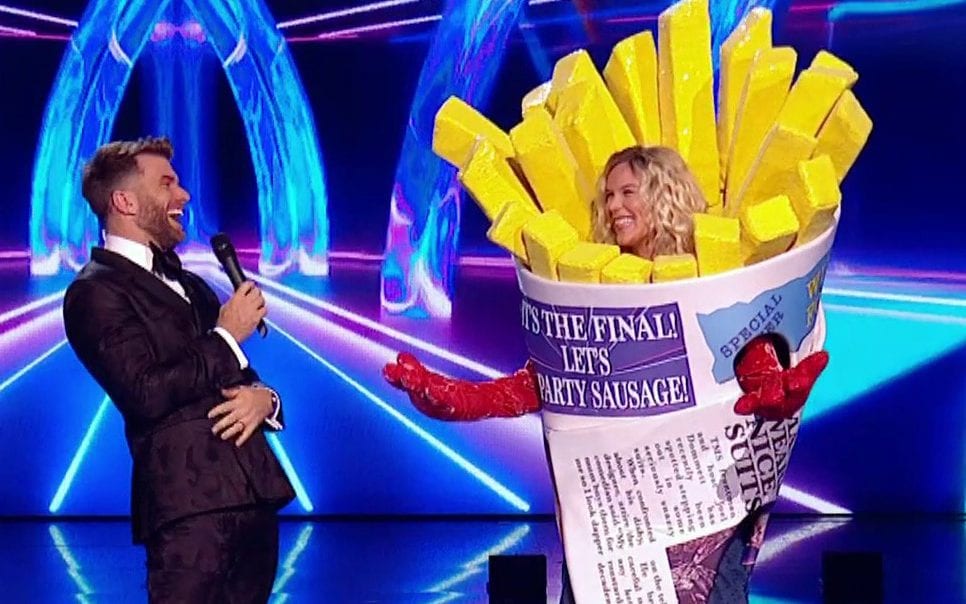 When the chips were down, a wiener became the winner. Cartoonish crooning contest The Masked Singer (ITV) went out with a banger as soul diva Joss Stone, dressed as a 7ft anthropomorphic sausage, was crowned champion. Stone had both the daftest costume and the strongest voice. Beneath that frozen grin and meaty exterior lurked a worthy victor.

It might sound like a nightmarish, dystopian nature documentary but Robin, Badger and Sausage battled it out in the grand final to be crowned the UK edition’s second winner. It made for an irresistibly compelling climax to the reality phenomenon, which sees unnamed celebrities perform in flamboyant head-to-toe costumes. This Saturday night hit has been a welcome burst of day-glo entertainment during a grey winter.

In previous rounds, the endearingly silly Sausage had proved she could handle big-lunged tunes by the likes of Gloria Gaynor, Jennifer Hudson and Lizzo. In the final, she nailed Whitney Houston’s I Wanna Dance With Somebody and Rise Up by Andra Day. The warbling saveloy’s serious set of pipes just edged out brock ’n’ roll star Badger.

His fake Cockney accent failed to fool anyone. The leather-clad creature turned out to be US r’n’b smoothie Ne-Yo. A charismatic performer despite the furry disguise, his dramatic renditions of Believer by Imagine Dragons and Wrecking Ball by Miley Cyrus were unfortunate not to win. Do not adjust your sett. The runner-up really was in black and white.