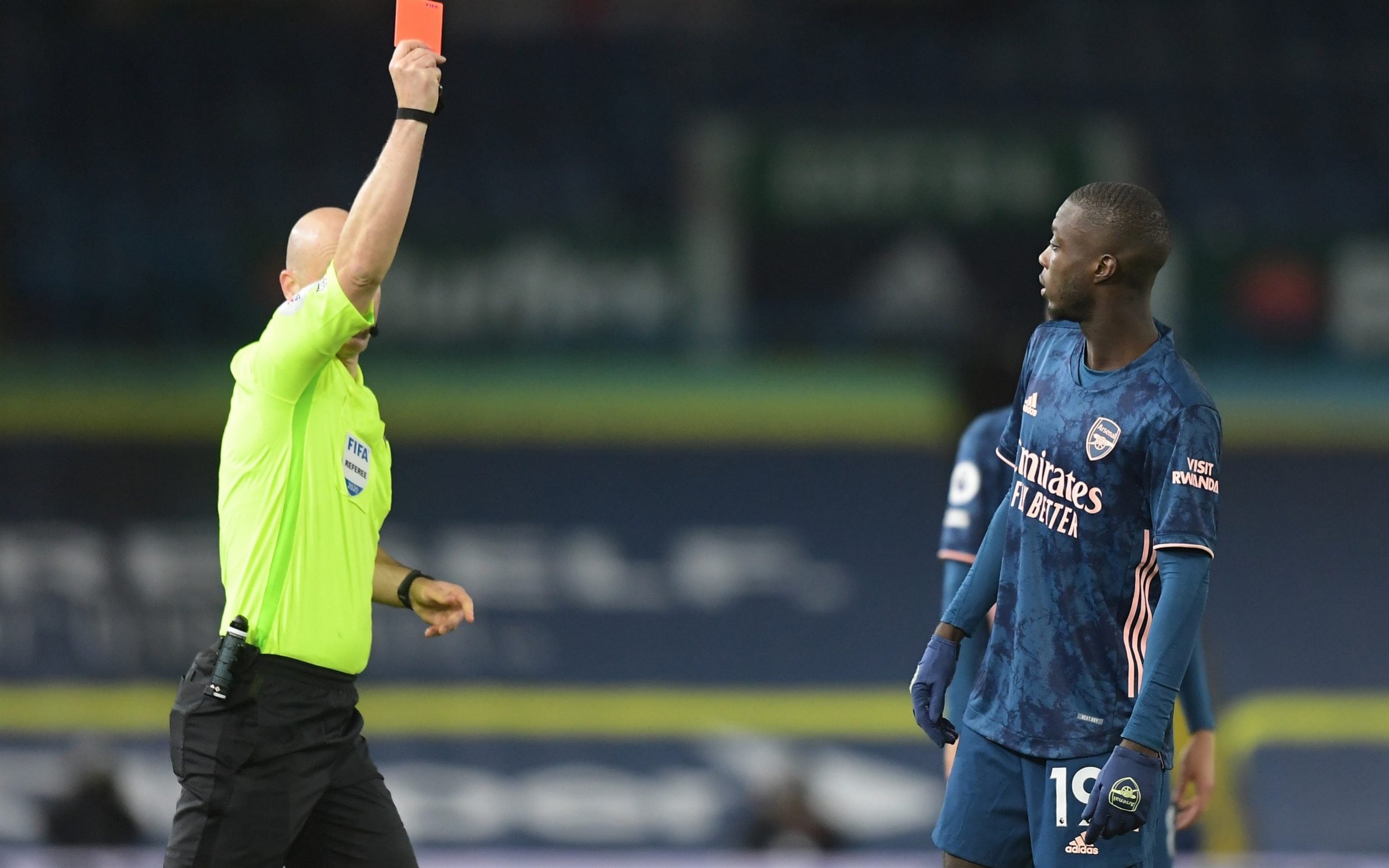 Leeds also have injury concerns with Robin Koch, Adam Forshaw, Gaetano Berardi, Rodrigo and former Arsenal youth player Ian Poveda all sidelined. Diego Llorente and Kalvin Phillips are doubts but Pablo Hernandez could be back. Phillips issued an optimistic tweet on Tuesday morning citing that he was ‘now preparing for next Sunday’s match’.

Sam Dean looks into why Arsenal have had so many red cards under Mikel Arteta:

The first thought, upon seeing Arsenal’s record with red cards under Arteta, is to assume they are either a side totally lacking in discipline or a team that is trying too hard to rough up their opponents. Arteta has rejected these assertions, though, saying that it would not be fair to group these dismissals as one in order to reach an overarching conclusion.

People love to hate Leeds, so it goes both ways. But that underscores what I have been saying from the beginning, this is a club that belongs in the Premier League. There is a fascination with the club. There was a social media report published recently, talking about the levels of interaction on social media, of Premier League clubs and I think Leeds ranked fifth of sixth on that.

Arsenal deserved more for their performances than two defeats at Wolves and Aston Villa and are playing far better than they were in the autumn. That said, Tierney and Partey are big misses and you wonder if the Benfica game will loom large. Leeds were the better side at Elland Road and gave Arsenal a going over in the FA Cup last season, so we fancy them to do some damage going forward.