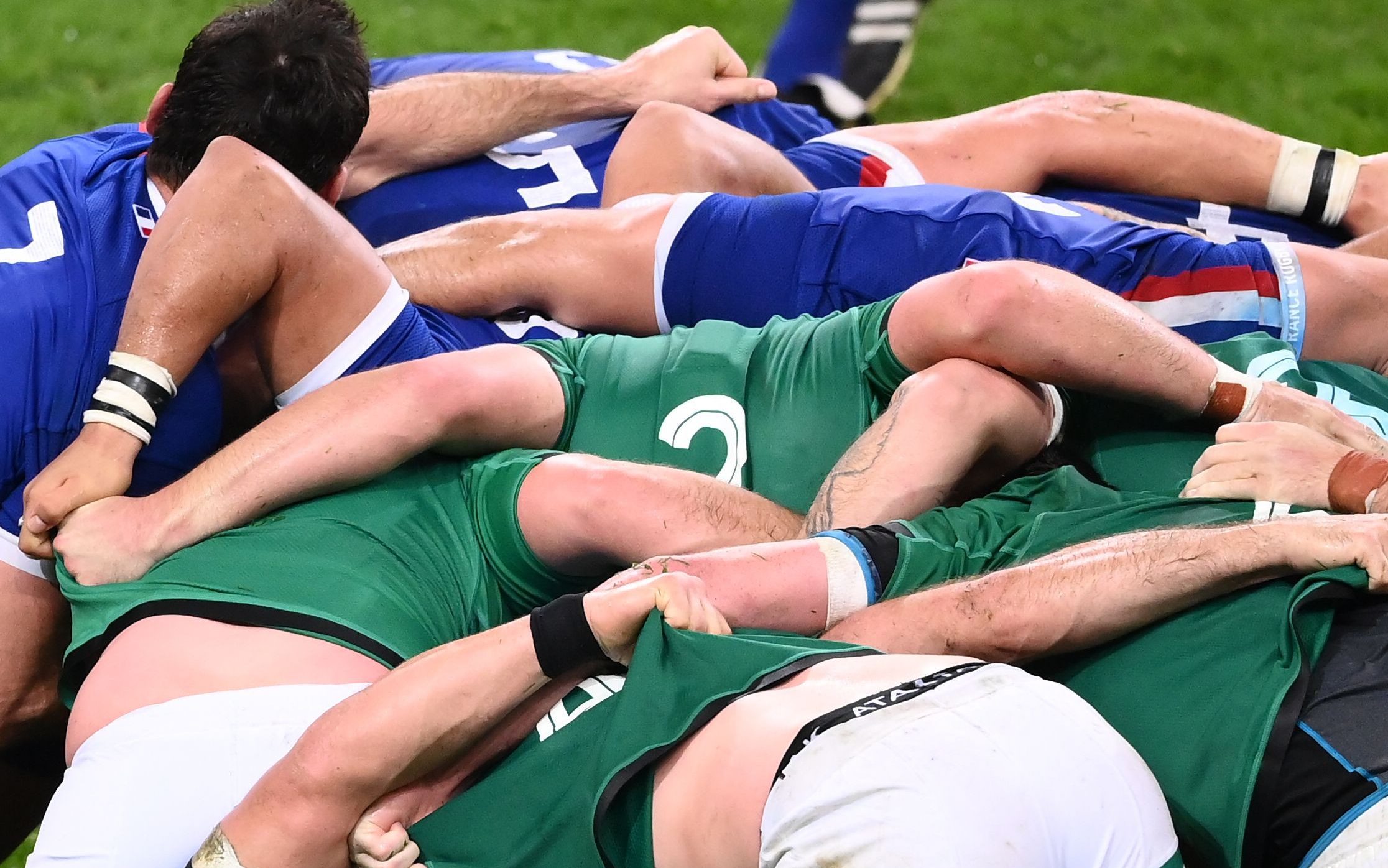 Ireland take on France at the Aviva Stadium, Dublin, in the second round of the Six Nations championship.

The Irish must beat France to keep alive their hopes of Six Nations glory after a damaging defeat to Wales at the Principality Stadium in round one.

Les Bleus, who thumped Italy in their opening match, ended Ireland’s title challenge on the final day of the prolonged 2020 tournament so this is an opportunity for revenge.

When is Ireland v France?

The match will start at 3pm GMT.

ITV from 2.15pm, while Telegraph Sport will be bringing you all the live updates.

Fly-half Sexton sustained a blow to the head in last week’s defeat to Wales and has failed to satisfy return-to-play protocols, while Murray has picked up a hamstring problem in training.

Ulster’s Billy Burns will deputise in the number 10 jersey, with Jamison Gibson-Park coming in at scrum-half.

Ulster skipper Henderson will captain his country for the first time in the absence of both Sexton and Ryan on his first start since sustaining a knee injury during the Autumn Nations Cup.

Leinster player Ruddock has not featured for Ireland since coming off the bench in the 2019 World Cup quarter-final defeat to New Zealand and was not involved in any of Farrell’s squads last year.

The 30-year-old’s inclusion comes due to flanker O’Mahony being handed a three-match ban following his costly 14th-minute dismissal in the damaging 21-16 defeat in Cardiff.

Like Sexton, Ryan was forced off with a head injury at the Principality Stadium and has also not recovered in time to face Les Bleus.

France coach Fabien Galthie has made two changes from the team that beat Italy for their Six Nations clash against Ireland at the Aviva Stadium on Sunday.

Anthony Jelonch comes in for Dylan Cretin in the back row and Damian Penaud starts instead of Teddy Thomas on the wing as Galthie looks to adapt to the Irish game.

France beat Ireland in their last encounter in last year’s Six Nations, but they have not won in Dublin since 2011.