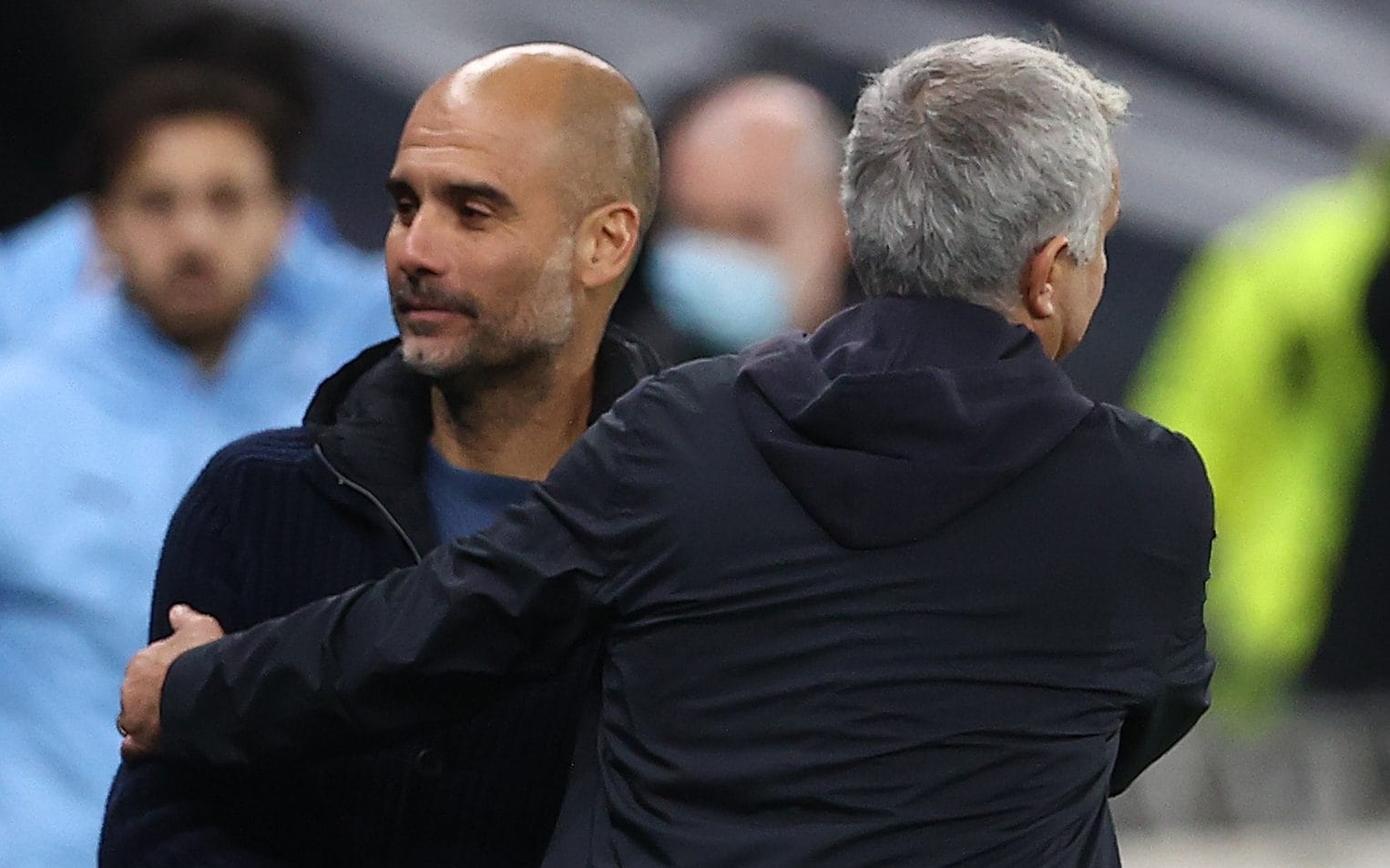 It’s the Premier League meeting between league leaders City and Spurs who are languishing in eighth place having previously topped the table.

Referee Paul Tierney will get the match at Etihad Stadium under way at 5.30pm (GMT), while his assistants Lee Betts and Ian Hussin​ will run the lines. Craig Pawson will be on fourth official duty, and Peter Bankes will be video assistant referee for the day alongside Neil Davies.​

The match will be broadcast on Sky Sports, though you can follow all of the action right here — gratis — in our live minute-by-minute rolling blog. Just bookmark this page and return on Saturday evening for all the build-up, team news, live commentary and post-match analysis.

City expect to have defender Ruben Dias back after illness forced him to miss the midweek FA Cup win at Swansea. Midfielder Rodri is also fit after limping off in the latter stages at the Liberty Stadium.

Record goalscorer Sergio Aguero continues to build up his fitness in training after a spell out with Covid-19 but the game may come too soon. Playmaker Kevin De Bruyne and captain Fernandinho remain notable absentees.

Speaking at his pre-match press conference, Guardiola said: “Rodri trained quite good today, I think he will be available. Fernandinho is out. Ruben came back today to training.

“Sergio is in training, he made his second training session with us.

“I think except Fernandinho, Nathan [Ake] and Kevin, the rest of the first-team squad are available.”

Since Pep Guardiola’s tutelage of Phil Foden began in 2016, he has held fast to a belief that the midfielder is the most gifted young player he has mentored after Lionel Messi. For that Foden’s 102 senior appearances have offered glimpses of his innate intelligence for the game, this star turn against Liverpool brought the fullest exhibition yet. It was the moment when breathless praise gave way to concrete evidence that City have unearthed a jewel.

Gareth Bale’s performance in the defeat by Brighton and Hove Albion felt like one of those that can preface a long, cold period of isolation in a club under the rule of Jose Mourinho. He rarely announces the banishment but rather imposes it in a small series of demotions – a gradual disappearing trick that has already at Spurs seen Dele Alli slip behind the curtain and mysteriously fail to reappear.