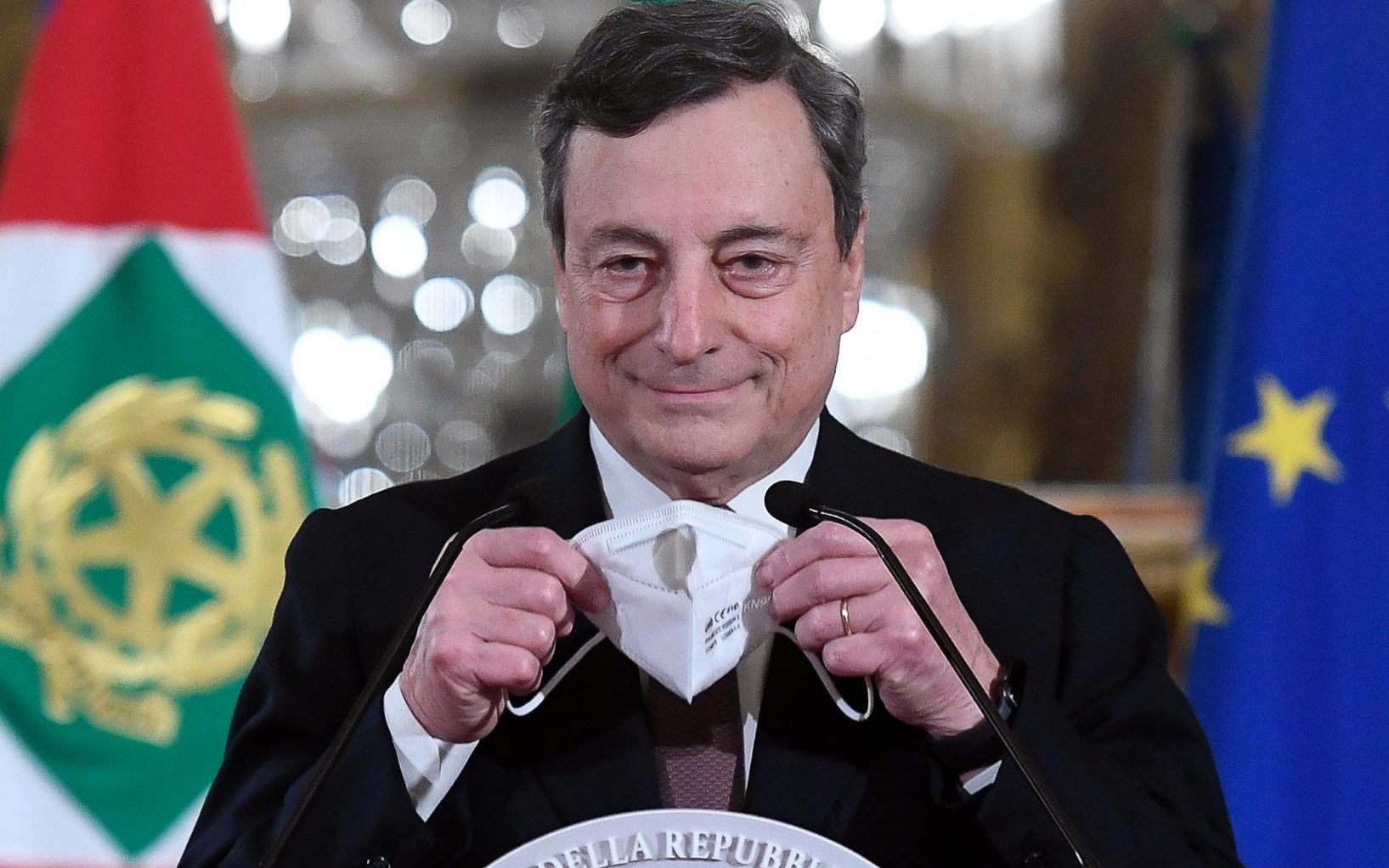 But in an online vote, members backed Mr Draghi by 59 percent, after it claimed to have secured the promise to set up a new super-ministry for “ecological transition”.

Italy has high hopes for its new leader, dubbed “Super Mario” after vowing to do “whatever it takes” to save the euro single currency during the 2010s debt crisis.

His arrival was greeted with delight by the financial markets, and Italy’s borrowing costs dropped to a historic low this week.

But “it is difficult to overstate the scale of the challenges that Draghi and Italy face”, said Luigi Scazzieri, of the Centre for European Reform.

The economy shrank by a staggering 8.9 percent last year, while Covid-19 remains rife and restrictions including a night curfew and the closure of bars and restaurants in the evening remain in place.

In one of the last acts of his government Friday, Mr Conte’s cabinet extended a ban on travelling between regions for another week, and tightened curbs in four regions.

Like other European Union countries, Italy has also fallen behind in its vaccination programme, blaming delivery delays.

The country is pinning its hopes on receiving more than 220 billion euros (£192 billion) in EU recovery funds to help get back on its feet.

But disputes over how to spend the money, between demands for longstanding structural reform and short-term stimulus, brought down the previous government.

Mr Draghi’s job is easier than that faced by previous technocrat prime ministers, such as Mario Monti, who turned to severe, unpopular austerity measures during the debt crisis.

“But spending funds is not enough,” noted Mr Scazzieri, adding that the new premier “will find it just as challenging to enact long-called for reforms”.