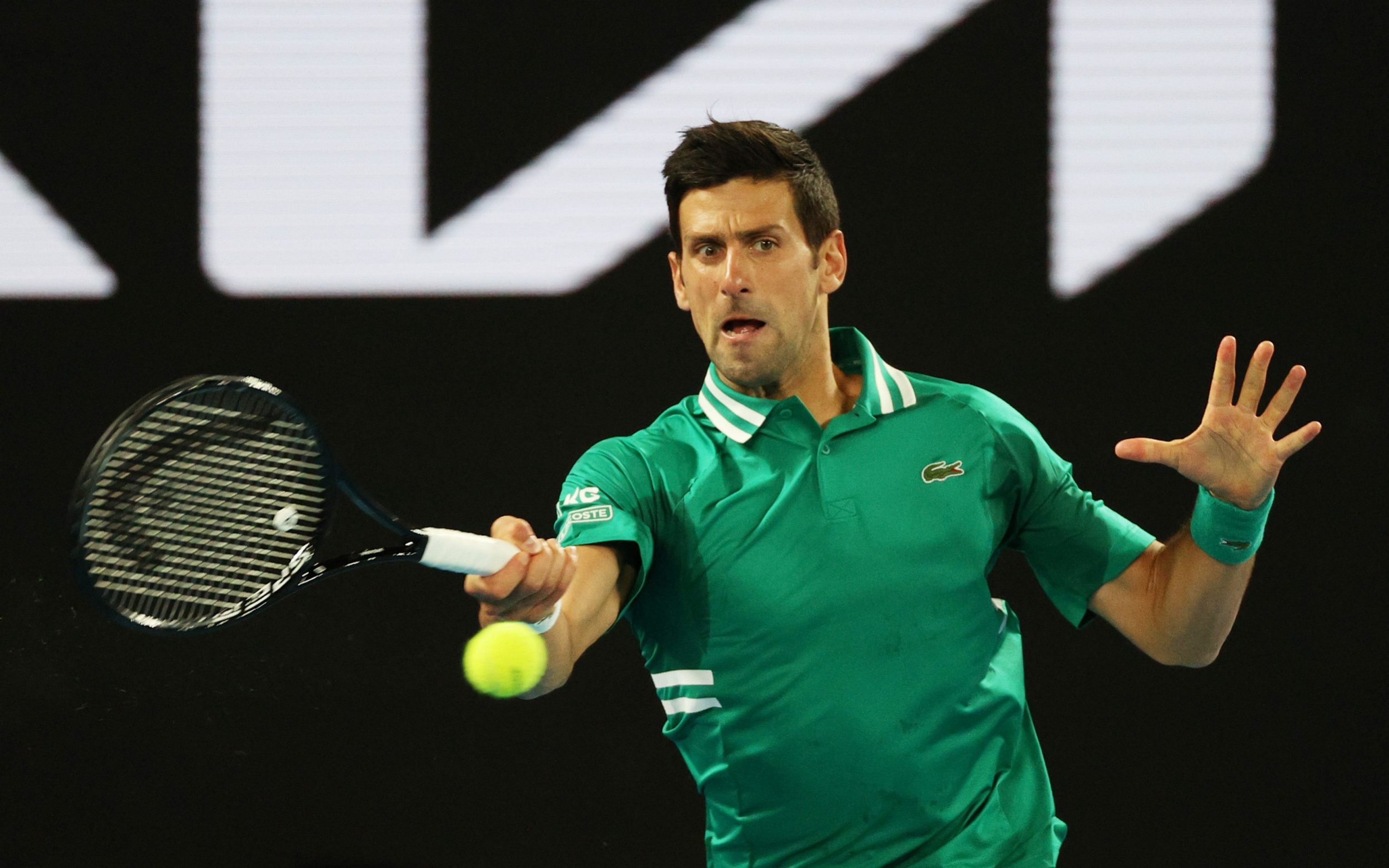 Hello and welcome to coverage of Novak Djokovic’s third-round clash with Taylor Fritz at the Australian Open.

The world No 1 needed four sets to beat Frances Tiafoe on Wednesday and he faces another American today.

This clash will follow the first match of the night session on Rod Laver Arena between Veronika Kudermetova and Simona Halep.

Meanwhile, overnight more than six million people were ordered into a five-day lockdown on Friday to contain a new coronavirus outbreak in Australia’s second most populous state, Victoria, forcing the tennis tournament in Melbourne to shut fans out.

The lockdown across Victoria state from midnight (13:00 GMT) was ordered out of fear a small outbreak of the “hyper-infectious” UK strain of the virus would undo Australia’s so-far successful battle to contain the pandemic, Victoria state Premier Daniel Andrews said.

It dealt another blow to the year’s first Grand Slam, which started three weeks late to allow international players to quarantine and had already welcomed tens of thousands of socially distanced fans in the biggest crowds seen in tennis since the pandemic.

Under the lockdown restrictions, people will only be allowed to leave their homes for a limited number of “essential” activities like shopping and exercise, and public gatherings were prohibited. Face masks are mandatory when outside the home.

It was a setback for residents and businesses who underwent a similar lockdown in and around Melbourne for more than 100 days late last year in a successful effort to contain an earlier outbreak that infected thousands and killed about 800.

“The players have all been very good about it. They understand. They have been through a rigorous programme already,” he added.

The problems at the Australian Open, the biggest international sports event so far this year, underline the difficulties of holding the much more complex Tokyo Olympics, which are due to start in July after a year’s delay.

Play at six warm-up tournaments in Melbourne were also suspended for a day last week when a worker tested positive at one of the official hotels.