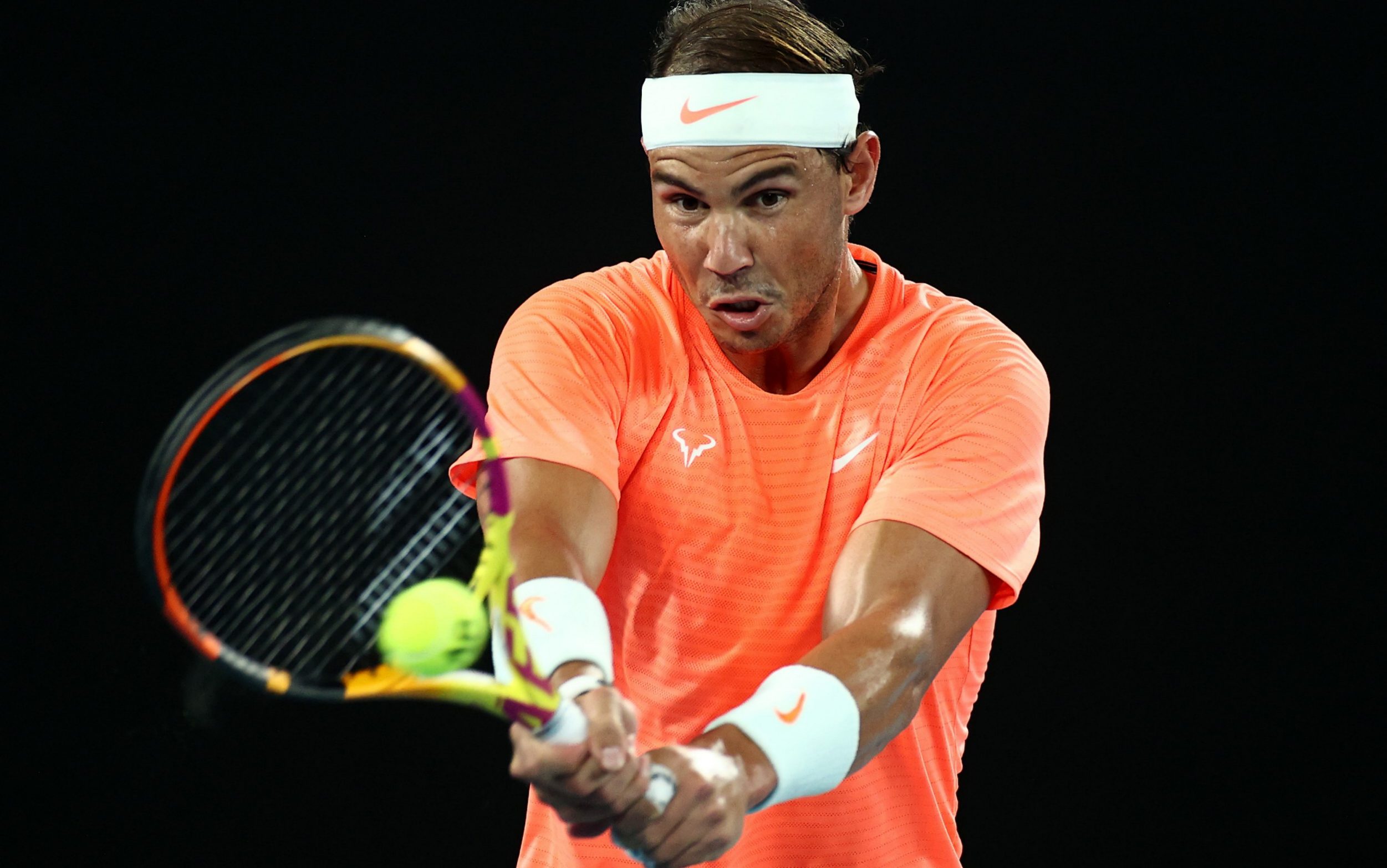 World No 2 Rafael Nadal didn’t show any signs of struggling with a back injury as he breezed into today’s second-round clash with American Michael Mmoh.

The Spaniard opted to miss last week’s ATP Cup with a niggly injury, but moved well during a routine opening win over Laslo Djere on Monday at Melbourne Park.

On paper, it looks unlikely that the Spaniard will run into too much trouble against qualifier and world No 177 Mmoh. Indeed, if the 23-year-old does pull off the shock of all shocks, he will become the lowest-ranked player to defeat Nadal at a Grand Slam.

Nadal, bidding for a record 21st major, has only lost once against a qualifier at a grand slam when he suffered defeat to Dustin Brown in the second round of Wimbledon in 2015.

It was a second sucker-punch for Nadal in the space of a month, after losing his French Open crown to Novak Djokovic in the quarter-finals for only his second ever loss at Roland Garros.

Could Mmoh actually repeat the same heroics Brown created on the green grass of SW19 when the pair meet on the hard courts of Rod Laver Arena today? The bookies don’t think so. Mmoh, named after NBA legend Michael Jordan, is out at 33/1 to notch up what would be the biggest shock of the tournament so far.

It would also be new ground for Mmoh who to date as never reached the third round of a major. For Nadal, you have to go back to Wimbledon 2017 for his most recent early exit at a grand slam, an epic five-set loss to 16th seed Gilles Muller of Luxembourg.

Nadal then fought back from two sets down before Muller took the fifth set 15-13 following a gruelling  four hours and 47 minutes contest.

Mmoh can draw on the stories of Brown and Muller and use them as inspiration, but facing Nadal on hard courts is an altogether different prospect to facing him on grass as he will likely find out to his cost today.