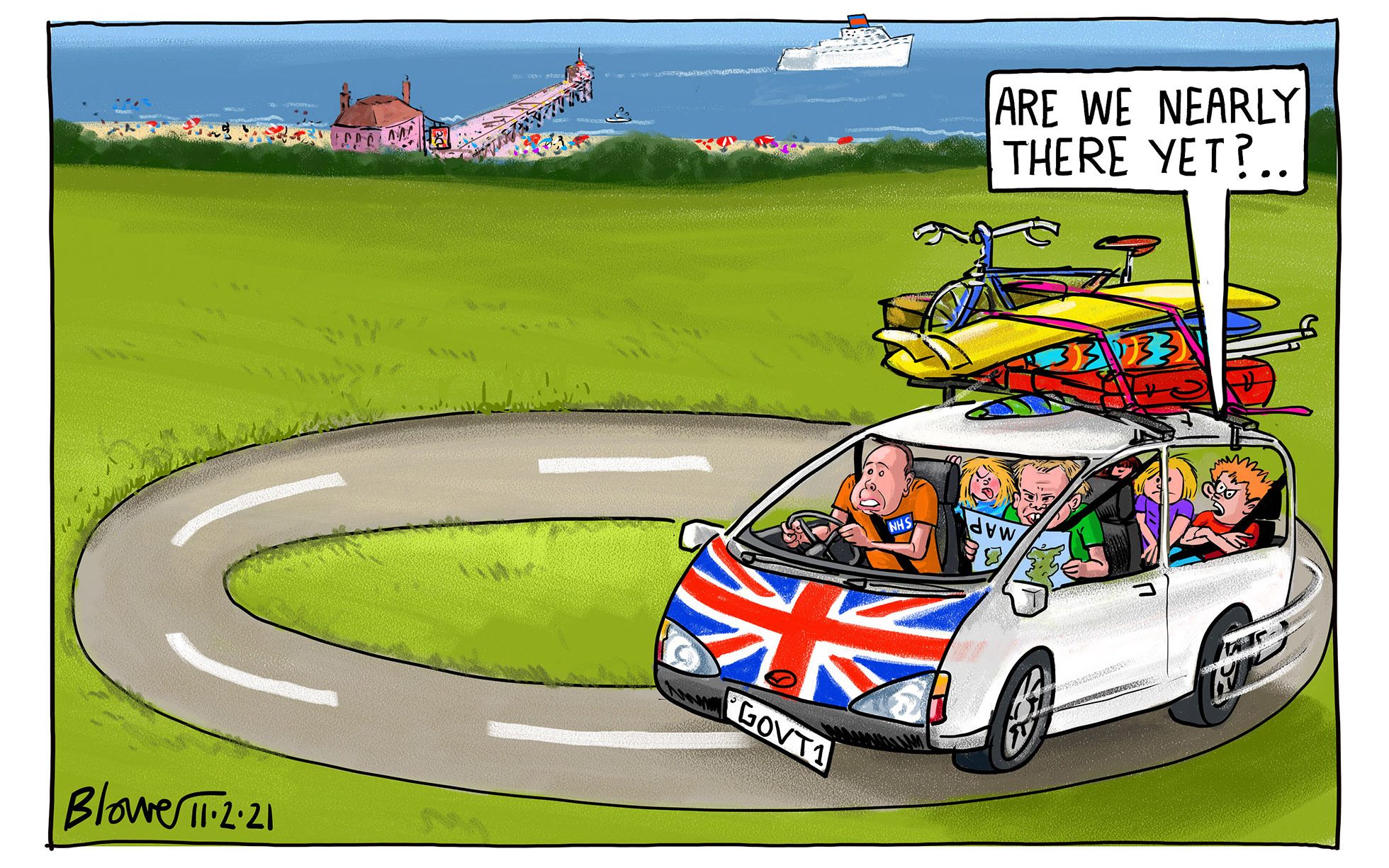 First there was the pace of testing, then the NHS Test and Trace fiasco. Today, major reforms aim to tackle the frustration from senior members of the Government about the flat-footed response of parts of the health system to the Covid pandemic. Health Secretary Matt Hancock pledged to cut “burdensome bureaucracy” in the NHS as part of a major package of reforms intended to allow more flexibility for patients. Read on for details. Jeremy Hunt has acknowledged blame for the slow response to the coronavirus pandemic, admitting the health system was “on the back foot” due to decisions he made as Health Secretary. Read what he regrets.

It comes as four former justice secretaries condemned Mr Hancock’s 10-year jail sentences for people who lie about their travel history. Camilla Tominey and Charles Hymas analyse why the Health Secretary may pay a high price for his safety at all costs attitude (although Michael Deacon reckons that, for a break from lockdown, a lot of parents would gladly pay double the £1,750 quarantine hotel charge). Staycations are also in doubt after ministers contradicted each other on whether families should book summer holidays. Matt’s cartoon jokes that even vaccine passports are not immune from the conspiracy theorists.

EU ‘poised to lock Britain out of its banking market’

Bank of England Governor Andrew Bailey has warned that the EU is poised to lock Britain out of its vast banking market, in a move that would push up the cost of finance for millions of consumers on both sides of the Channel. Mr Bailey said Brussels would be making a mistake if it refuses to grant access for the City. The decision could spark higher mortgage interest rates, land businesses which trade internationally with more expensive currency deals, and hit households with steeper insurance premiums. Read his response to a question from the Telegraph after a speech to finance chiefs and a summary of the issues.

Their job description is to document the inner workings of Government and to provide a visual insight for members of the public. But the decision to use Government photographers to snap endearing pictures of the Prime Minister’s pets is now under question, amid allegations that Downing Street is needlessly squandering taxpayers’ money. The use of photographers’ expertise to chronicle the antics of Dilyn the dog, Mr Johnson’s Jack Russell cross, and Larry, the Number 10 “chief mouser”, have led critics to accuse him of “vanity”. Read on to see some of the snaps of the pets in action, including Dilyn in the snow, and view more breathtaking wintry scenes from across the UK during the cold snap.

Paedophile fears | One of Britain’s most prolific paedophiles would never have been caught if Facebook’s proposed end-to-end encryption settings had been in place at the time, the head of the National Crime Agency has warned. David Wilson, 36, a roofer from King’s Lynn, Norfolk, was jailed for 25 years after he admitted 96 online child sex abuse offences against 52 victims. Read on for details of the concerns.

Around the world: Moment Pence fled for safety