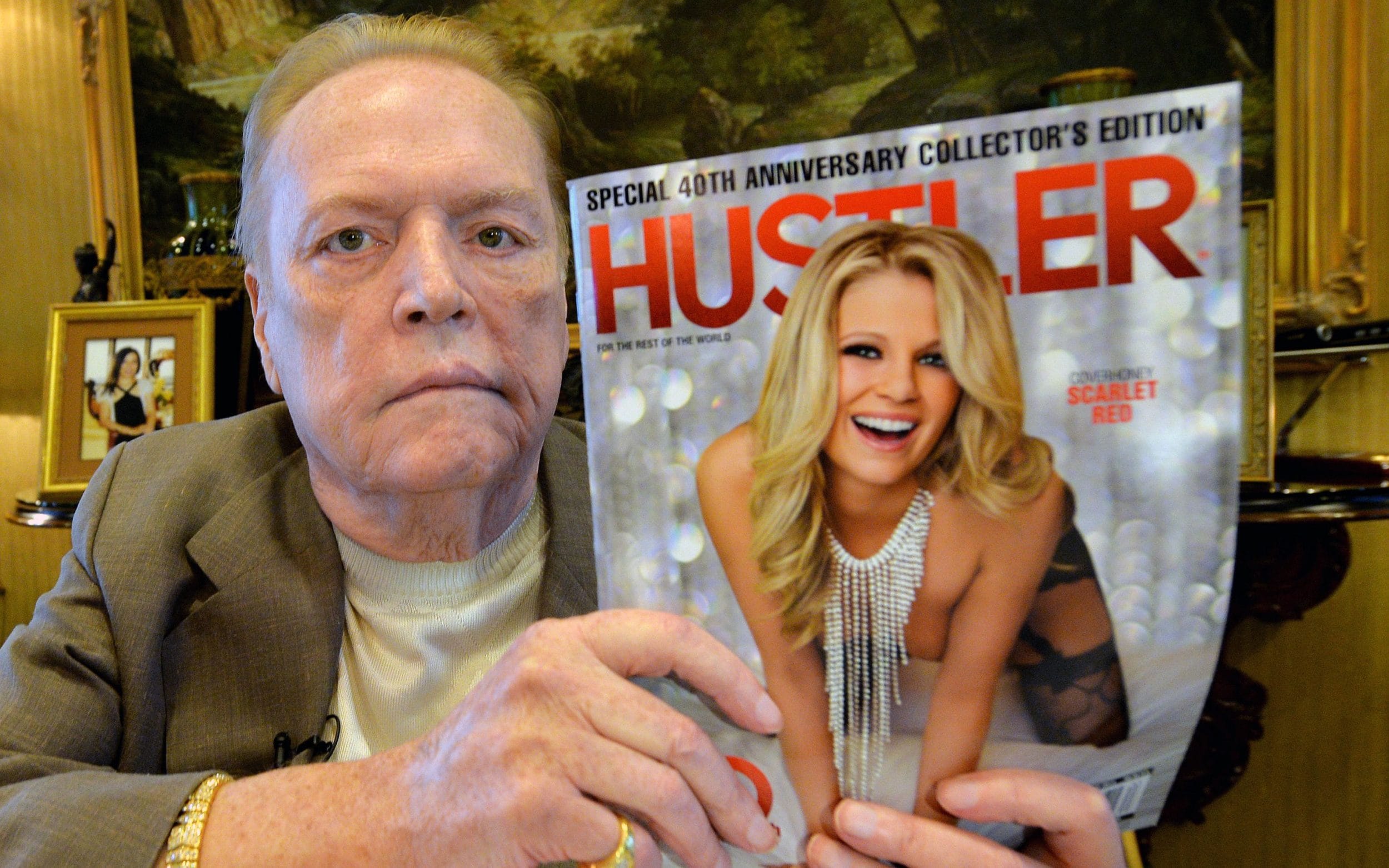 Flynt was often in legal trouble, fighting obscenity charges or lawsuits, and he often turned courtroom appearances into spectacles. His obscene outbursts once prompted his own lawyer to ask a judge to have Flynt bound and gagged.

Born in 1942, Flynt grew up in poverty in Kentucky and Indiana and dropped out of school after the eighth grade. After stints in the armed forces and a General Motors plant, he and his brother opened the Hustler Club in Dayton, Ohio, in 1968. By 1973 it had grown to a string of strip clubs across the state and Flynt put out a newsletter to promote them.

That newsletter evolved into Hustler magazine, his flagship publication, which came to be infamous for featuring explicit photos that made competitor Playboy seem mild. Virtually nothing was off limits on Hustler‘s pages and Flynt made a point of publishing photos of women’s genitalia.

Flynt reveled in controversy. He made news by publishing pictures of a nude Jacqueline Kennedy Onassis sunbathing in 1975 and a cover photo of a naked woman being fed head first into a meat grinder. In 1998 he offered $1 million to anyone who could catch high-ranking US government officials in a sex scandal.

“My competitors always masqueraded their pornography as art,” Flynt told the Cincinnati Post. “We never had any pretensions about what we did… We have proved that barnyard humour has a market appeal.”