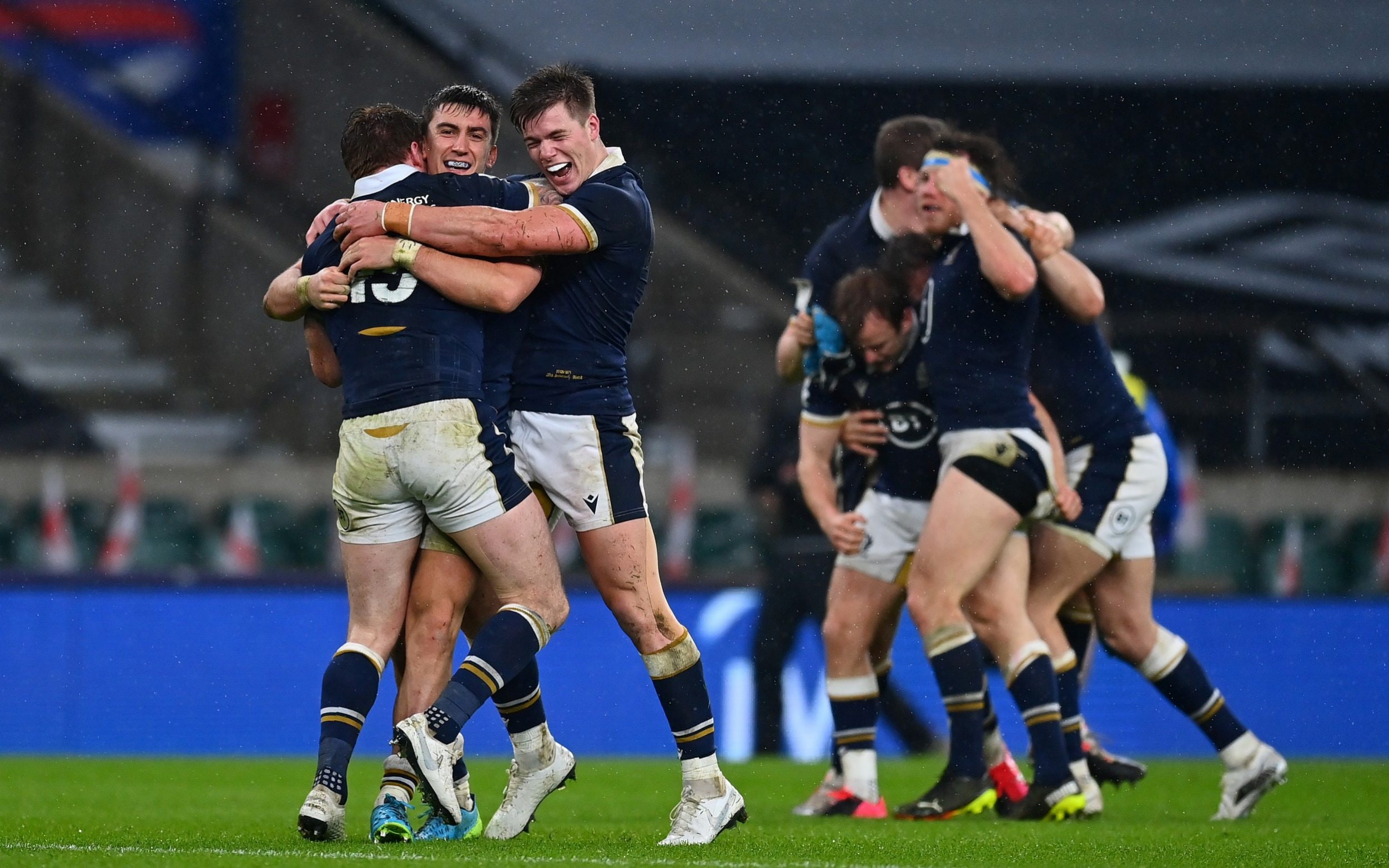 The second match for both teams in this year’s Six Nations. Both sides made a winning start to this year’s championship, with Scotland convincingly pounding their auld enemy England at Twickenham for the first time in 38 years, and Wales beating 14-man Ireland in Cardiff.

The last time these sides met, in last year’s Autumn Nations Cup, Scotland broke another record in Llanelli. They won in Wales for the first time since 2002.

When is Scotland v Wales?

BBC and S4C will broadcast this fixture, while Telegraph Sport will be bringing you live updates.

Scotland coach Gregor Townsend has called up the uncapped duo of centre George Taylor and scrumhalf Charlie Shiel to his squad.

Prop D’Arcy Rae, who won his only cap against Ireland in February 2019, has also been included. Ewan Ashman, Blair Kinghorn, Jamie Dobie and Rufus McLean have been released back to their clubs.

Taylor is serving a three-match suspension following a red card received in a club game and he will be eligible to play again on Feb. 21.

Wing Hallam Amos, centre Johnny Williams, scrum-half Tomos Williams and flanker Dan Lydiate have all been ruled out of the trip to Murrayfield, with Cardiff Blues trio Willis Halaholo, Lloyd Williams and James Botham reportedly set to be replacing them. Experienced centre Jamie Roberts is another potential addition, too.

The quartet suffered injuries during Wales’ 21-16 victory over Ireland in Cardiff on Sunday, with Lydiate possibly missing the rest of this season due to knee ligament damage after his first Wales appearance in more than two years lasted just 11 minutes.

Amos and Johnny Williams are both sidelined because of head injuries, while Tomos Williams has a hamstring problem.

And to compound Pivac’s midfield concerns, George North scratched an eye against Ireland, while Nick Tompkins is thought to have a shoulder injury.

On the plus side for Pivac, though, British and Irish Lions back Liam Williams is available again after completing a three-match ban. He was sent off during the Scarlets’ Guinness PRO14 defeat against Cardiff Blues last month.

Richard Bath spoke to Scottish flanker Jamie Ritchie, who echoed Weir’s sentiments, adding that Scotland are “ready to do something special”.

Ben Coles, meanwhile, analyses George North’s switch to outside centre, and how the success of the change is evident of progress under Wayne Pivac.

Wales were fortunate that Peter O’Mahony lost his head – and tried to take off Tomas Francis’s – against Ireland. If Andy Farrell’s side had been playing with a full compliment of players, then the result might have been wholly different.

After that mighty win against England, as well as beating Wales in Llanelli in the autumn, the momentum for this fixture is firmly with Gregor Townsend’s side. Add in home advantage, and Scotland should get the job done to secure back-to-back victories against Wales for the first time since 2002-03.