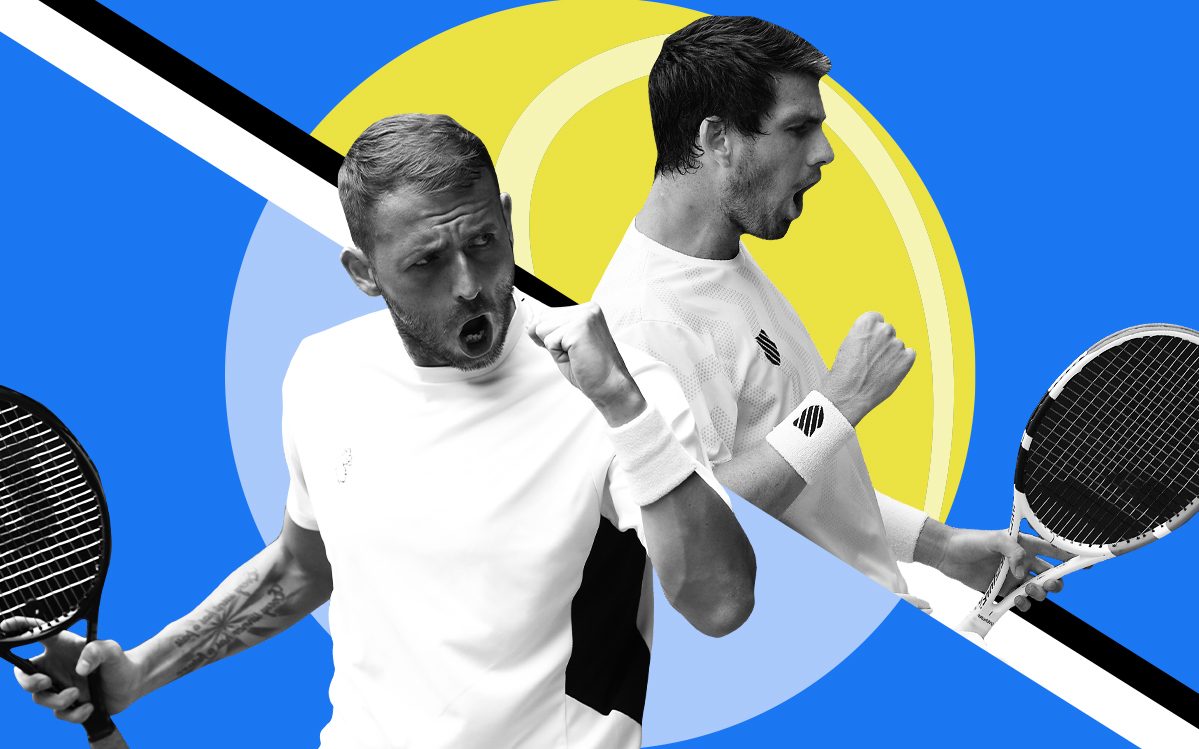 There might be something big happening in India but right now, this is the place to be.

With me for the Battle of Britain between Dan Evans and Cameron Norrie in the first round of the Australian Open!

On Sunday, Dan Evans captured his first ATP Tour title with a commanding 6-2 6-3 win against Felix Auger-Aliassime in the Murray River Open final.

The triumph comes four years after Evans was hit with a one-year ban for cocaine use. He had broken into the top 50 for the first time in 2017 and reached the last 16 at the Australian Open, his best performance at a Grand Slam.

“I said to (former coach) Mark Hilton just before my ban that I wanted to make a final,” Evans told reporters when asked about the significance of lifting his first trophy.

“The goal that year was to win a title.

“Of course I wanted to win one, but today was just another match. I approached it in that way. Everybody wants to win, it’s a great feeling.

“But you know, it’s a pretty unique situation we’re in where I was warming up today and normally in the final you’re warming up there’s nobody around, but here you just about find a spot to warm up because everyone is getting ready for Australia.

“So yeah, it was good to be out there and win, but like I said last year, this year I wanted to do well in the bigger events. I didn’t have great grand slams last year, albeit a strange year, but my focus is on this week now.”

The odds were low that Britain’s only two representatives in the men’s singles would draw each other. Evans goes in as favourite, especially given his excellent form this week, but Norrie won their last meeting at the Battle of the Brits in December and has also started the season well.