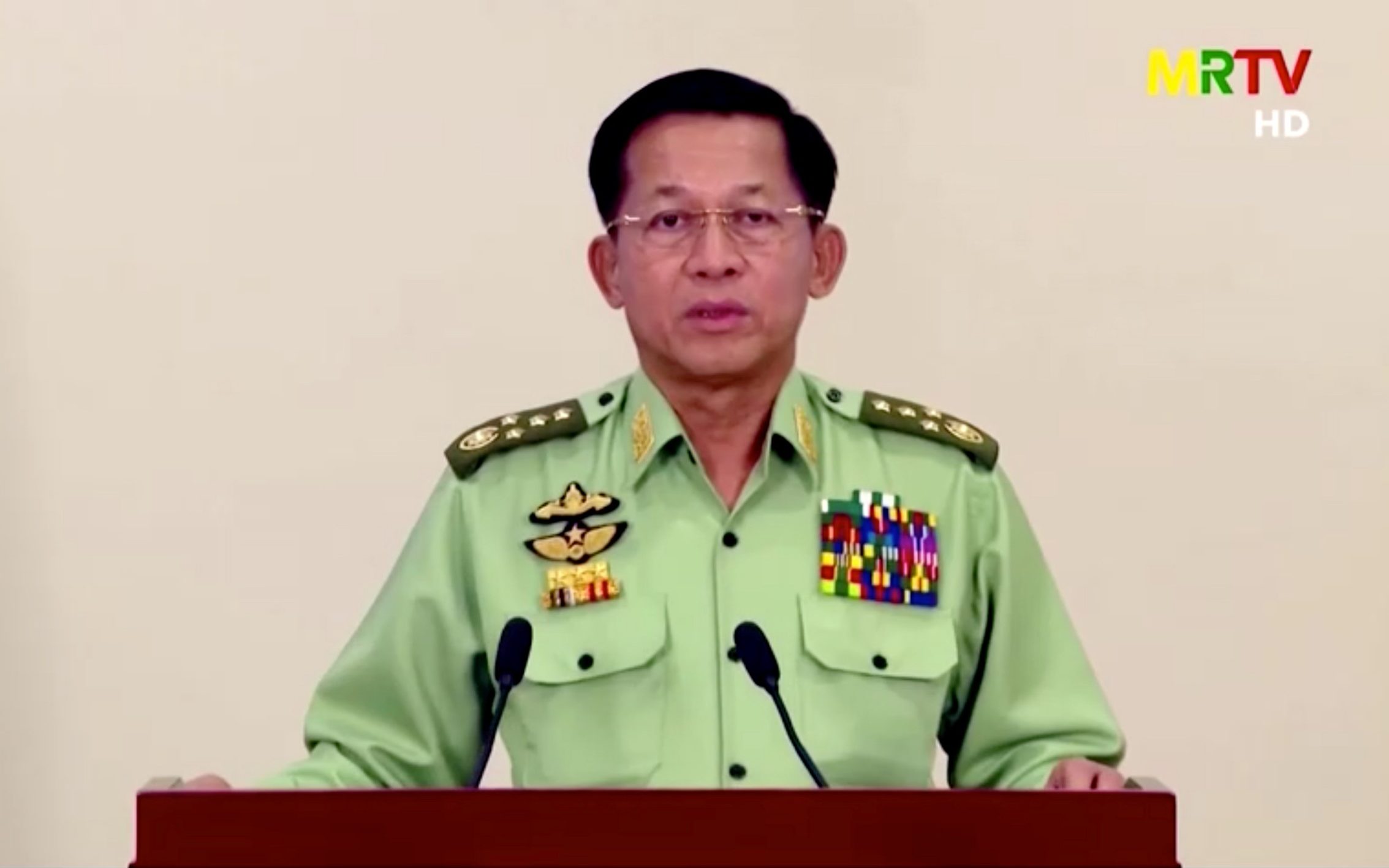 The move came after tens of thousands of people rallied in towns and cities across the country to demand the military release civilian leaders and restore democracy.

“Some people… are behaving in a worrying way that can harm the safety of public and law enforcement,” said one Mandalay township statement.

“Such behaviours can affect stability, safety of people, law enforcement, and peaceful existence of villages and could create riots, that’s why this order bans gathering, speaking in public, protest by using vehicles, rallies.”

Earlier on Monday, protesters were warned that they could face legal action for opposing the junta, as police fired water cannons on chanting crowds in the streets of Naypyitaw.

The threat against demonstrators, broadcast on state television channel MRTV, marked the first time the military regime has broken its silence over the building protest and civil disobedience movement since tens of thousands of people across the Southeast Asian nation began marching on Saturday.

“Those who are disturbing the stability of the state, the safety of the public and the rule of law should be countered by effective measures and action will be taken according to the law,” MRTV broadcast across the bottom of its programmes, reported Frontier Myanmar.

Comment: ‘I fear we have seen the last free and fair election in Myanmar’

Martial law was imposed Monday night in Mandalay, the nation’s second largest city. The order bans people from protesting or gathering in groups of more than five, and a curfew will run from 8 pm until 4 am, the general administration department said in a statement.

It came after lawyers in robes marched with young protesters, in a sign of the growing civil disobedience movement that has drawn in teachers, medics, fire fighters, taxi drivers, and forestry officials amid calls for a national strike.

A similar declaration has been made in a township in Ayeyarwaddy further south and announcements concerning other localities are expected to trickle out tonight.