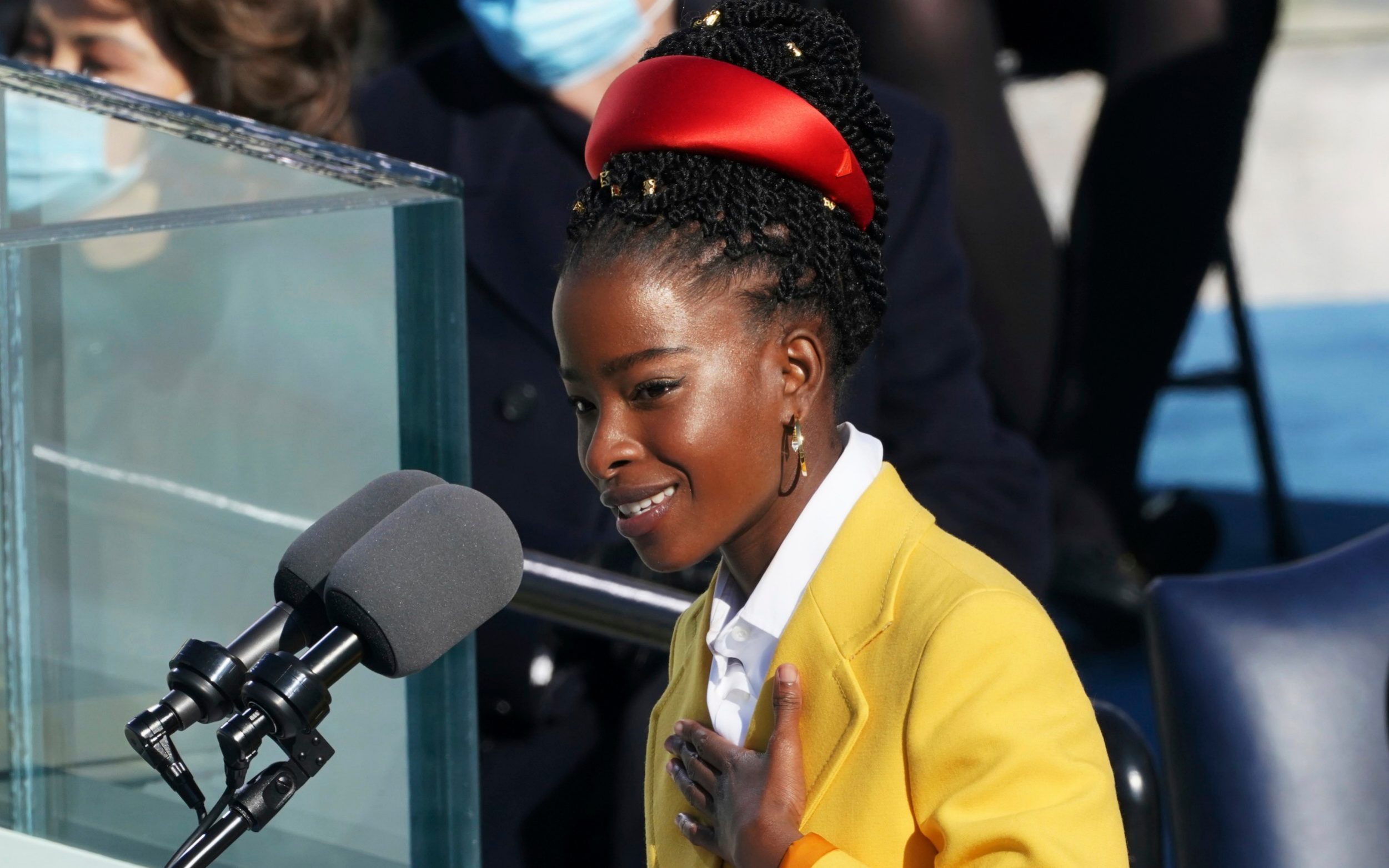 Aside from its intermittent rhymes, this was a remarkably direct and unornamented piece of poetry. In other poems, Gorman often recasts abstract ideas in elemental imagery – light and shade, seas and hills. In her inauguration poem The Hill We Climb, her nation’s loss is “a sea we must wade”; her own breath is “a song carved out of the dark” in “Black Daughter’s Pointillism” (in the forthcoming anthology You Don’t Have to Be Everything).

But her Super Bowl poem avoided this kind of gesture entirely, using only metaphors already so engrained in everyday language that they’re barely noticed as metaphors (“lent a hand”). Perhaps this was what a quarterback would call a defensive position: shying away from anything too overtly literary leaves no opening for a verse-averse sport fan to dismiss the work as just more of that flowery poetry stuff they’ve never liked.

Or, more likely, it was an acknowledgement that each of the three honorary captains is already a kind of metaphor. A remarkable individual, but also a synecdoche for a whole vocation: healthcare (nurse manager Suzie Dorner), education (teacher Trimaine Davis) and the forces (Marine veteran James Martin).

Appearing via pre-recorded video, Gorman recited her tribute to these “leaders, healers and educators” in a minute-and-a-half long film, intercut with footage of the people themselves. It undoubtedly gave both parts an impact they would not have had in isolation. Just as she mentioned that Martin “shares his home with at-risk kids”, for instance, their eyes met ours. One particular detail of Martin’s story – described in the most straightforward language – may well have struck a chord with supporters at Florida’s Raymond James Stadium on Sunday night.

“During Covid he’s even lent a hand,” said Gorman. How? By “live-streaming football for family and fans.” It’s not the best couplet of the poem, or the most impressive good deed in it. But it’s one small thing that would get a nod of approval from Buccaneers fans and Chiefs supporters alike. And at a time of fierce divisions, writing anything that two opposing sides can agree on is an achievement in itself.