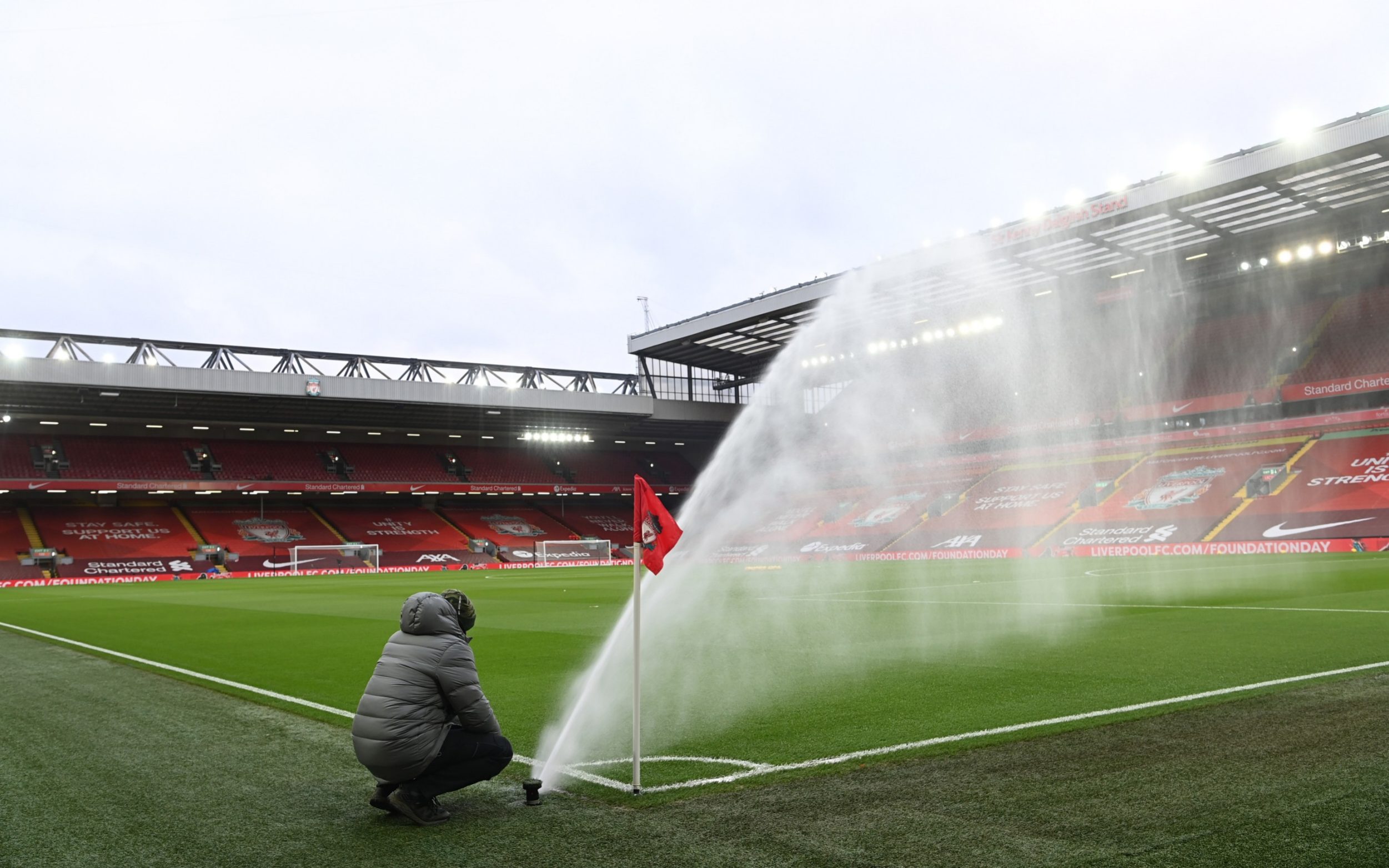 How do you lose a Premier League title? Slowly and then all at once. This could be the day Manchester City cut Liverpool adrift in the title race but they will need to win a league match at Anfield for the first time since May 2003.

City have won their last 13 matches in all competitions and have kept six consecutive clean sheets in the Premier League. Central defensive pairing John Stones and Ruben Dias have conceded just once in the 11 Premier League matches they have started together. Ilkay Gundogan has enjoyed his best season at the club, acting as a midfield bridge that both supports Rodri in the No 6 position and links to City’s attacking players. City have been winning without Sergio Aguero and Kevin De Bruyne who are absent once again today, and if there is a doubt over them it’s the lack of an in-form striker.

Liverpool fired blanks at home to Brighton and Burnley, but there will surely be more space and opportunities to counter-attack today despite City’s more pragmatic approach these days. It remains to be seen if Klopp will use January signings Ben Davies or Ozan Kabak at centre-half today to enable Jordan Henderson to play in central midfield. Roberto Firmino, Sadio Mane and Mohamed Salah will start together again and will need to show the sharpness they displayed at Tottenham and West Ham.

In his programme notes, Klopp says: “There will no doubt have been big focus on the contrasting forms going into this game. City are flying. We have had mixed fortunes. It is what it is and it won’t matter when the whistle goes and the ball starts to roll.

“The key message for us today is to simply attack the contest with all we have. The only team to worry about and concentrate upon is ourselves. Focus on being us. That’s always been enough for me and always will be with these incredible men.”

Full team news on the way.