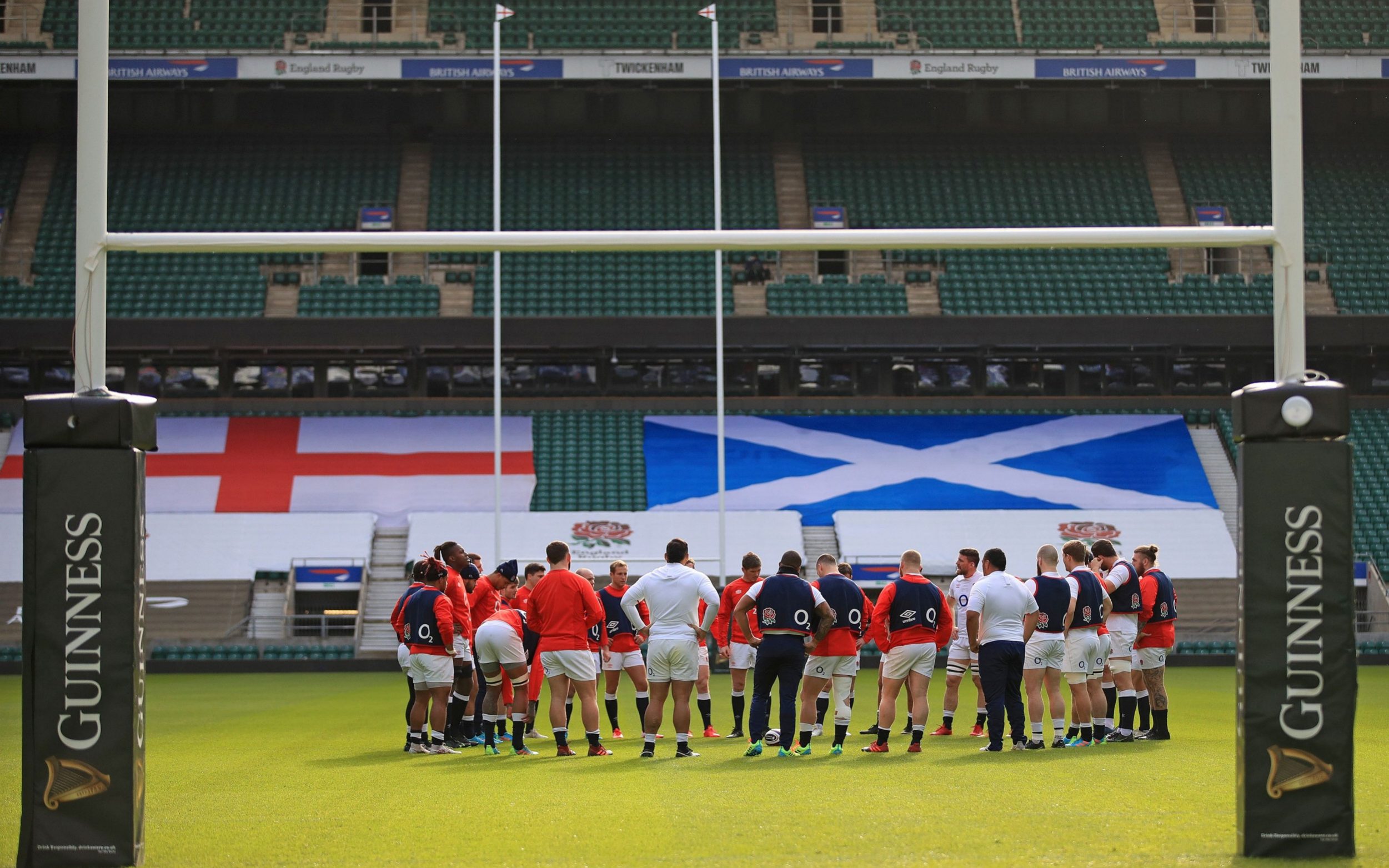 For 150 years, England and Scotland have been scrapping for the pride of their respective nations and, for 142 of those, to the victor went the Calcutta Cup. This fixture, the most historic of all in rugby, has seen it all: from Gavin Hastings’ painful missing of a sitter in the 1991 World Cup, to that frenetic, once-in-a-lifetime 38-38 draw at Twickenham in 2019. And something that this esteemed fixture has always possessed is a crowd; even in 1871, 4,000 spectators were in attendance to watch that 1-0 victory for Scotland at Edinburgh’s Raeburn Place. But in 2021, there will not even be four.

The behind-closed-doors element of this year’s Calcutta Cup pantomime has not robbed us of our dames, villains, and ugly step-sisters this week, however. Eddie Jones has provided Scotland with all the pre-match motivation they require, questioning whether they could “live up to the expectations” of beating their auld enemy. Gregor Townsend and Stuart Hogg, the Scotland captain and coach, have previously spoken about how this is always Scotland’s most important match of the season – for the players and the country as a whole. The fact that Scotland have not won on English soil since 1983 provides more kindling. Beware a wounded underdog.

But, with a third of the England team having not played since the Autumn Nations Cup victory against France, and with the criticism the team’s style of play received on the back of that victory, Jones’s side will be chomping at the bit to impress. They are searching for a fourth title in six seasons, the second Six Nations defence in the Eddie Jones era and, crucially, their first Grand Slam since 2016. There is also the small matter of the British and Irish Lions tour (Covid depending) on the horizon.

There has always been a sense that Scotland have been simmering under Gregor Townsend. While they might upset some of the odds and approach boiling point throughout this tournament, a victory today might be too great an ask.