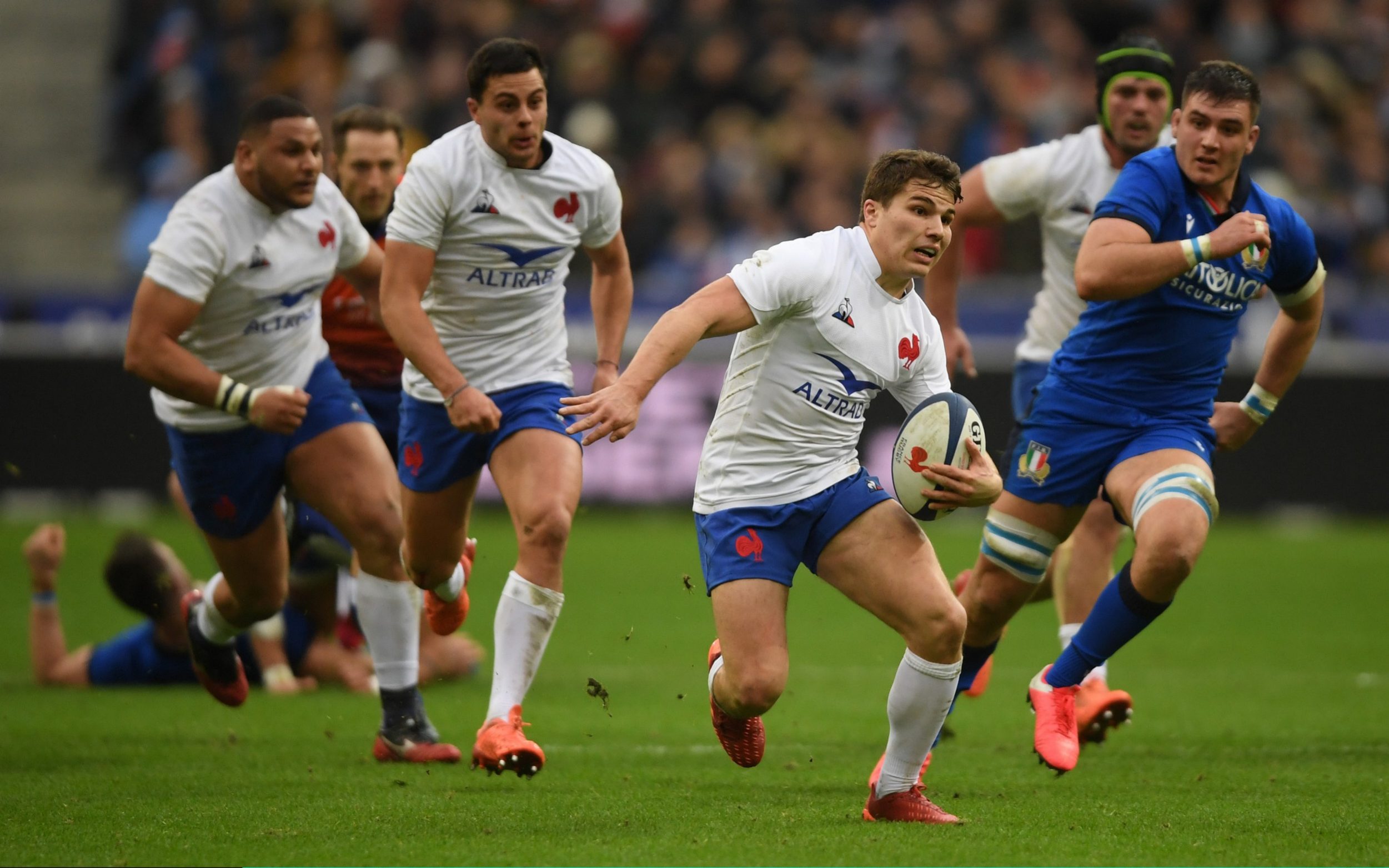 France, who will be hoping to claim their first title since 2010, kick off their Six Nations with a visit to Rome to play minnows Italy.

Italy enter the tournament on a torrid run of form. They haven’t won a Six Nations game in half a decade, with their last win coming against Scotland in 2015. However, their best performance last year came against France, when they scored 22 points, half of their tournament total.

Meanwhile, France will be looking to go one better after an impressive second-place finish last year in a campaign that saw them beat eventual winners England.

Prior to the enforced stoppage of the tournament by the coronavirus pandemic, the French were playing some scintillating rugby with Antoine Dupont pulling the strings from scrum-half. Captain Charles Ollivon was dominant, scoring four tries in the opening three games.

What is the latest team news?

Star full-back Matteo Minozzi has ruled himself out of the tournament and has not been selected for the squad.

The Wasps man, who has scored 11 tried in 22 games for his country, said he is too “physically and mentally tired” to live in a bubble for another two months.

Ahead of Saturday’s clash, Smith said “We have a united and strong group that will help integrate the new players who have already had the chance to savour the atmosphere of our camps.”

France suffered a major blow with news that centre Virimi Vakatawa is set to miss the entire Six Nations campaign with a knee injury.

However, there is good news for No.8 Grégory Alldritt, who has returned to full training and will be available for this game. Alldritt has missed most of France’s preparation after undergoing an arthroscopy on his knee.

Fly-half Romain Ntamack, who was nominated for player of the tournament last year, will miss this match after suffering a fractured jaw in December.