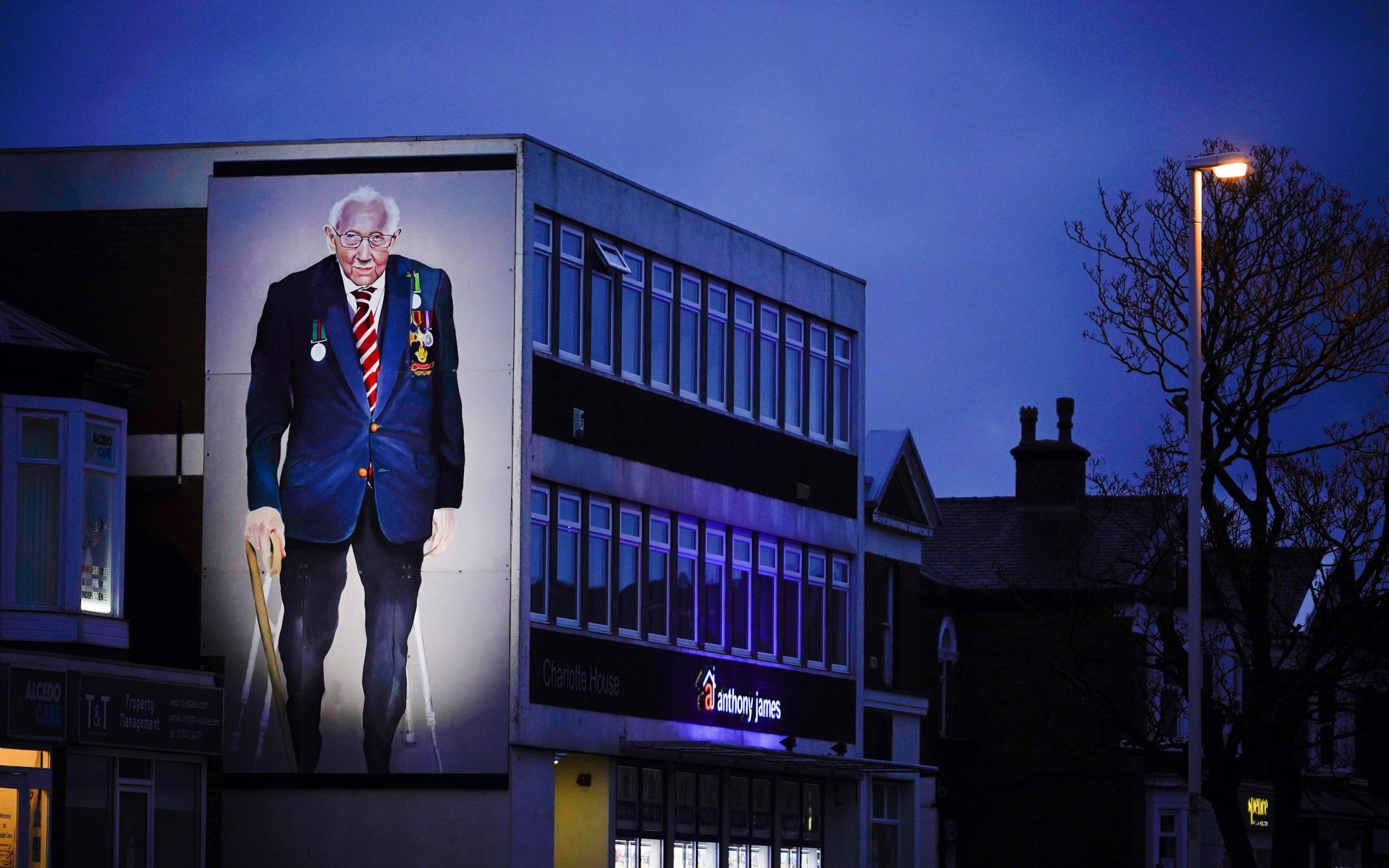 Boris Johnson channelled the spirit of Captain Sir Tom Moore as he thanked the NHS and those involved in the vaccination programme as the latest data shows more than ten million people have now received their first dose of the Covid-19 vaccine in the UK. At a Downing Street press conference, the Prime Minister said it was “thanks to their effort” that the nation had surpassed the figure, which puts the country on track to hit his target for ending lockdown. At Prime Minister’s Questions this afternoon, Mr Johnson announced a national clap at 6pm today in honour of Captain Sir Tom Moore, who died on Tuesday after battling Covid-19 and pneumonia. Today’s announcement follows the latest data from the Office for National Statistics showing the number of people with coronavirus antibodies jumped nearly 30pc in a month, suggesting the vaccination programme may be starting to have an impact.

Meanwhile, footage has emerged that shows England’s Chief Medical Officer Prof Chris Whitty being subjected to verbal abuse in the street. The video, which is undated, shows a young man holding up a cameraphone, who can be heard repeatedly saying “you’re a liar”. Prof Whitty does not respond and puts on a face mask. Health Secretary Matt Hancock branded the author “pathetic”. Click here to watch the clip.

PM prepared to override parts of Brexit deal on NI

Boris Johnson has warned Brussels that he is prepared to override parts of the Brexit deal on Northern Ireland unless the EU agrees to extend grace periods for traders and supermarkets until January 2023. Ratcheting up pressure on the European Commission, the Prime Minister’s message came as Michael Gove wrote to his EU counterpart, Maros Sefcovic, demanding that a three-month leniency period for supermarkets be extended by two years. The letter, leaked to The Telegraph, called for a similar extension for chilled meat products if a permanent solution cannot be found before the six-month stopgap ends. Read what will happen should the EU fail to agree to the UK’s demands.

Why Jeff Bezos has picked the right time to bow out

Amazon’s UK sales soared 51pc to £19.3bn during 2020 as lockdowns caused a boom in e-commerce. This emerged as chief executive Jeff Bezos announced he will step down after 27 years at the top of the company. Robin Pagnamenta analyses why Mr Bezos has picked the right time to bow out. So how can the company replace him? James Titcomb has the inside story on why successor Andy Jassy is as close to Mr Bezos as possible, having been one of his closest lieutenants since joining Amazon in 1997. As the business enters a new era, Emily Cronin asks will Amazon’s new boss finally make it a fashion powerhouse?

‘Case of the century’ | A French court has found the state guilty of inaction in fighting climate change in a landmark ruling for environmentalists. The verdict is an embarrassment for President Emmanuel Macron as it suggests his administration is failing in its stated promise to “make our planet great again”. Read on for details.

Around the world: ‘Super Mario’ parachuted in

Italian President Sergio Mattarella has asked former European Central Bank chief Mario Draghi to form a government to tackle the twin coronavirus and economic crises battering the country. Mr Draghi, nicknamed Super Mario by the media, must now try and muster support in the fractured parliament, with some political parties reluctant to back an administration led by a technocrat. Italian borrowing costs have already tumbled to near-record lows. Read on for the latest.

‘I owe an enormous debt to John le Carré’