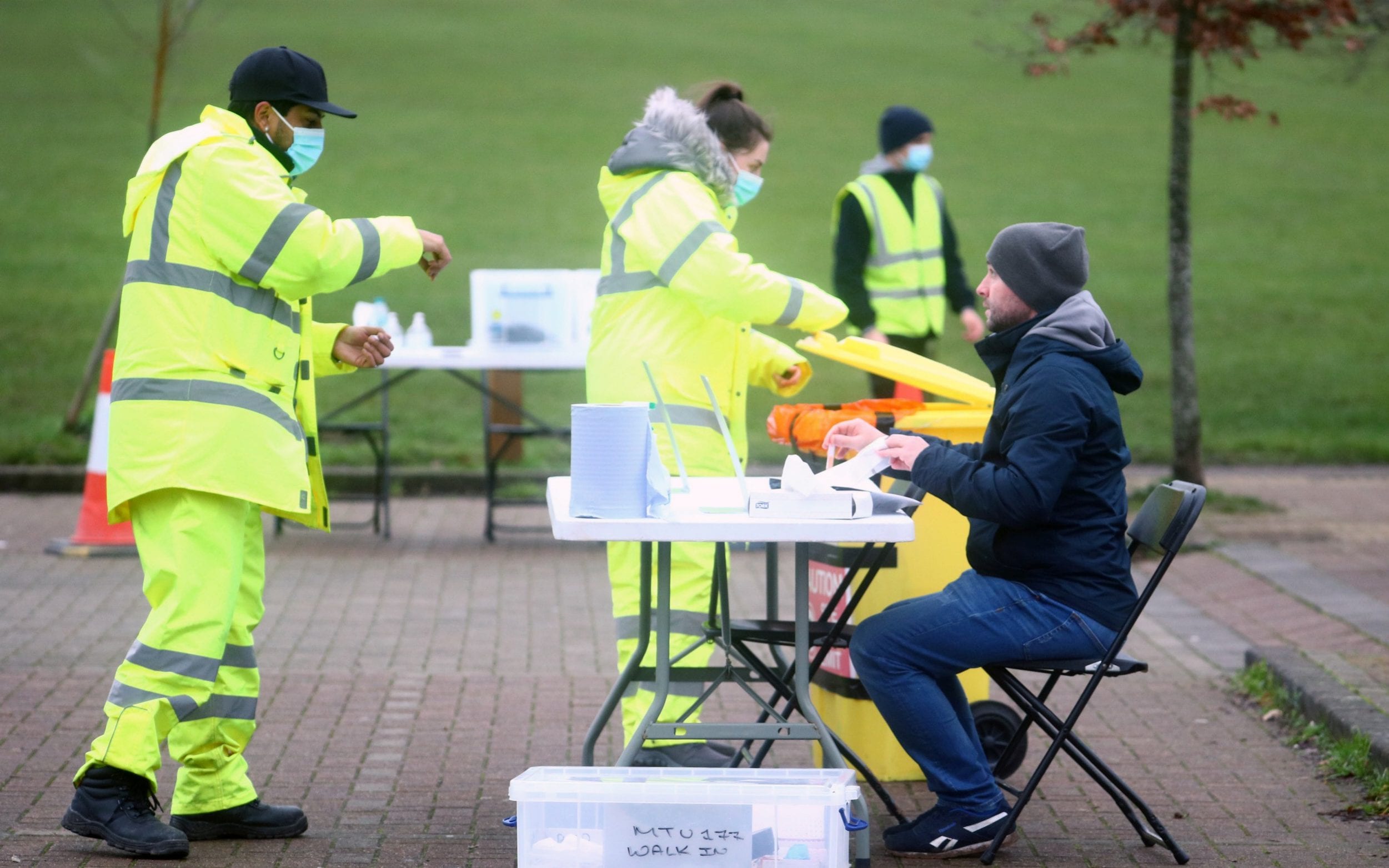 Door-to-door testing for the South African mutation of the coronavirus is to start in England as experts seek to urgently test 80,000 people after it emerged the strain may have spread in some regions. Health officials said 11 people had been identified over the last five or six days who have tested positive for the variant, but who have no links to travel. This suggests there may small pockets of spread in local communities of the new variant, with the possibility of further cases. Mobile testing units are being sent into the affected areas. The post at 2.52pm in our liveblog has the full list. At a Downing Street press conference, Matt Hancock told people in those postcodes to stay at home and get a test even if they have no symptoms. It comes as another 406 people have died within 28 days of testing positive. Search the number of cases in your area.

Meanwhile, France’s Europe minister Clément Beaune was forced to deny the EU’s handling of its vaccine crisis was “the best advertisement for Brexit”, instead claiming Britain was taking dangerous risks his country would not take. Earlier, Ursula von der Leyen claimed she had secured assurances from Boris Johnson that the EU could receive vaccine supplies from AstraZeneca factories in Britain. Political sources in Ireland have said the country will not need excess UK vaccines as a pledged ramp up in EU deliveries will enable the country to meet its targets. Read what Telegraph readers think of the EU vaccine shortage.

Myanmar has woken up to what may be the end of its short fling with democracy, after Aung San Suu Kyi, its civilian leader, and other senior figures from her ruling party were detained as the military seized power, declaring a state of emergency for a year. Parliament had been due to start sitting today after the National League of Democracy won a landslide in a November election. Instead, Myanmar now faces a fresh coup that will strain regional ties and prove to be an early foreign policy test for the new Biden administration. Our liveblog has the latest, while Nicola Smith analyses how the impact of the military power grab.

Boris Johnson has said he is “optimistic” when it comes to our chances of a summer holiday this year. Yet his comments during a visit to a vaccine centre in Batley, West Yorkshire, come days after vaccines minister Nadhim Zahawi said it is “too early” to be thinking about holidays abroad. But what about the UK? Here is what you need to know about summer breaks, including when and where to book, and read on for Britain’s summer break hotspots – and the crowd-free alternatives to visit instead.

Prince Harry | The Duke of Sussex has accused the Mail on Sunday of lying about a donation to his Invictus Games Foundation after making a “personal attack” on his character. In a rare personal statement made in open court, the Duke, 36, took issue with the wording and prominence of an apology published by the newspaper. Read on for details.

Around the world: Prosecutors back bid to jail Navalny

Russia’s prosecutor general today backed calls from the country’s prison service to support a lengthy jail term for beleaguered opposition leader Alexei Navalny. After a second weekend of nationwide protests, a court is expected to rule on whether to lock Mr Navalny up for three and a half years, converting a previous suspended sentence on fraud charges into a custodial one. Read on for the latest as tensions grow in Russia.

Dave Grohl – ‘Foo Fighters’ politics should be no surprise by now’