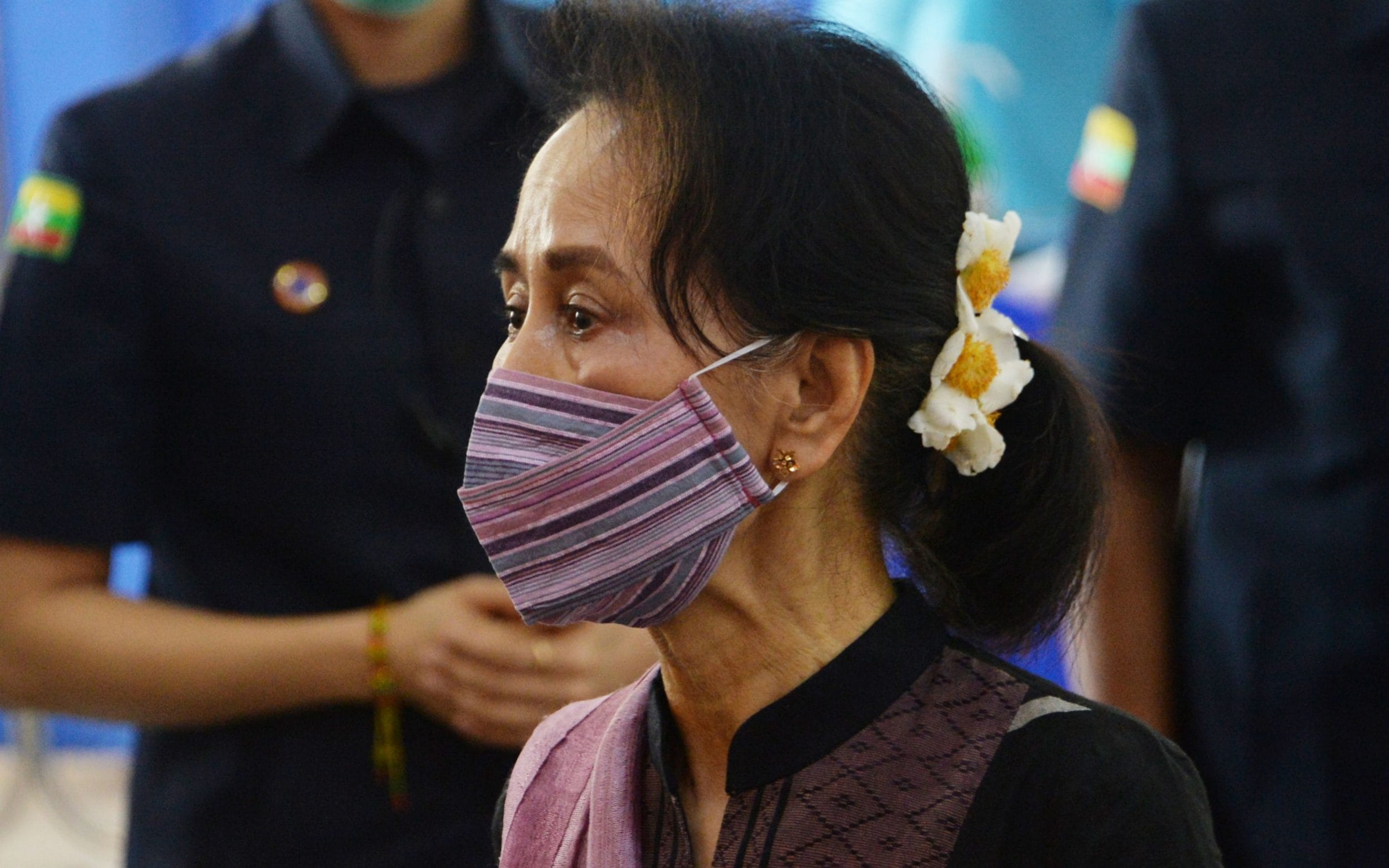 Tension had also been reported in Rakhine state in the west of the country, where clashes between the Rakhine militant group, the Arakan Army and the military is estimated to have displaced  around 200,000 people

The party’s win represented a vindication for Ms Suu Kyi, a Nobel Peace Laureate, who had endured a turbulent first term having restored democracy in a country which had been under military rule for nearly five decades.

The party’s spokesman at the time described the win as a “landslide” which had shown the Myanmar people still had faith in Ms Suu Kyi’s leadership.

After years under house arrest, Ms Suu Kyi’s release and electoral victory was hailed by human rights groups as bringing an end the military’s grip on the country.

She won the Nobel Peace Prize in 1991, while still under house arrest.

However her international reputation was severely dented by the country’s treatment of the Rohingya Muslims.

It saw the country accused of genocide, an accusation which has been strongly denied by Myanmar.

Over the weekend, Thant Myint-U, a Burmese historian and analyst had warned that the dynamics since the November elections had brought “the three decades long contest” between the army and the ruling NLD to a “critical juncture” that would “unfold in new directions. No business as usual.”

As the news broke, Avinash Paliwal, associate professor in International Relations at SOAS tweeted: “One step side-ways, two steps back.

“These last 48-hrs have altered Myanmar’s political trajectory —it was never liberal democratic, even if elections took place— again. And I think this might the be end of Suu Kyi’s pol. journey (hopefully not life).”