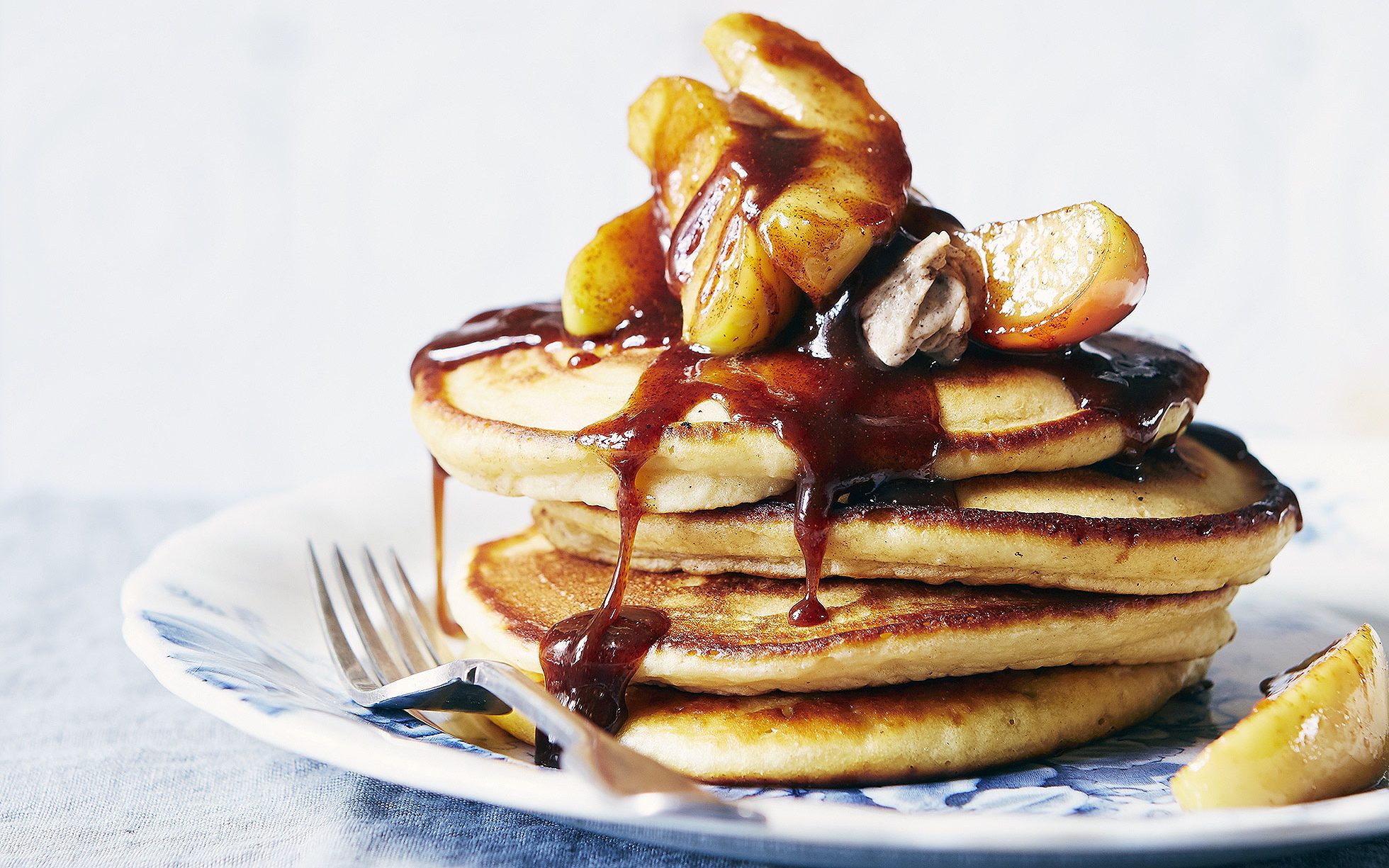 Get your eggs, flour, milk and butter ready: Pancake Day is fast approaching. But why do we apparently need to use up our basic foodstuffs every year?

From the best and quickest pancake recipes, to the tradition of pancake tossing and where the day originated, here is everything you need to know about Pancake Day.

Why is pancake day on a different date each year?

Pancake Day has been celebrated by Britons for centuries.  Known also as Shrove Tuesday, its exact date – rather confusingly – changes every year, as it is determined by when Easter falls.

But it is always the day preceding Ash Wednesday (the first day of Lent), and always falls in February or March.

The date of Shrove Tuesday is intrinsically linked to Easter, a moveable feast which falls between March 22 and April 25. This year, Easter Sunday falls on April 4.

The period in between Shrove Tuesday and Easter Sunday is known as Lent and officially begins on Ash Wednesday, ending on Holy Saturday.

While it is commonly said that Lent lasts 40 days, there are actually 46 days from Ash Wednesday to Holy Saturday. However traditionally Lent was not followed on Sundays, giving followers a day of rest a week; if you exclude all of the Sundays in the period, then Lent lasts 40 days.

What does Shrove Tuesday mean?

The word shrove is a form of the English word shrive, which means to obtain absolution for one’s sins by way of confession and penance. The verb to shrive describes the act of hearing a confession, often by a priest.

Shrove Tuesday gets its name from the custom for Christians to be “shriven” before the start of Lent. Traditionally, Anglo-Saxon Christians would go to church to confession and be absolved from their sins on this day.

The day marks the end of Pre-Lenten Season, also known as Shrovetide. The period begins on Septuagesima, three Sundays before Ash Wednesday. The other two Sundays in this 17-day period are called Sexagesima and Quinquagesima.

Shrovetide was traditionally seen as a chance to indulge before the prohibitive period of Lent and is tied to Carnival seasons celebrated in other parts of the world.

Why do we celebrate Pancake Day?

Traditionally, pancakes were eaten on this day to use up rich, indulgent foods like eggs and milk before the fasting season of Lent began.

But although it is enshrined in Christian tradition, it is believed that Pancake Day might originate in a pagan holiday, when eating warm, round pancakes – symbolising the sun – was a way of celebrating the arrival of spring.

As well as making and eating pancakes, we Brits love to hold pancake races, where people run while flipping their pancakes in a pan.

Legend has it that the tradition was born in the 15th century when a particularly disorganised woman in Buckinghamshire rushed to church to confess her sins while mid-way through making pancakes. We hope she gave one to the priest.

Pancake Day around the world

While we in Britain tend to keep our pancake ingredients simple, in Newfoundland, Canada, objects with symbolic value are added to the batter to be cooked. These items are then used to interpret different messages about the future – for example, a pancake served with a ring inside may signify marriage.

Pancake Day is much less indulgent in Iceland, where the day, known as Sprengidagur (Bursting Day), is marked by eating salted meat and peas.

In France, it is traditional while flipping a pancake to hold a coin in one hand and to make a wish.

The French call pancake day Mardi Gras, or Fat Tuesday. This originates from the ancient ritual of parading a large ox through Paris to remind people that meat was forbidden during the Lent period.

On Pancake Day in Scotland the locals like to eat “festy cock”. The word festy is linked to Festern’s E’en, the day before Shrove Tuesday, when cock fighting took place.

You make the dish by rolling out a ball of finely ground oatmeal and folding it into a rough bird shape before baking and eating as a substitute for a cockerel.

In the southern states of the US, ‘king cake’ is eaten to celebrate Mardi Gras. Traditionally a ring of twisted cinnamon dough and topped with icing or sugar, it often has a small plastic baby inside. The baby represents baby Jesus and finding it in your slice is an honour.