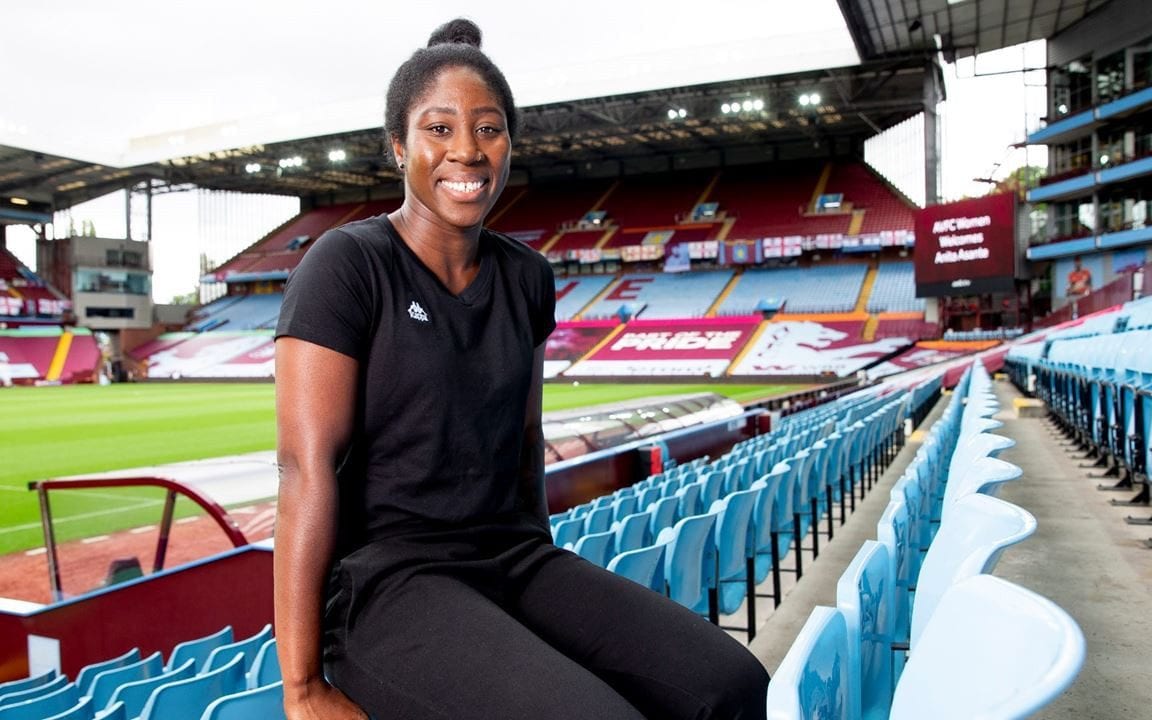 She grew up playing with some of the greats. “Alex Scott, Jayne Ludlow, Mary Phillip, Rachel Yankey and Kelly Smith,” Asante reels off the names.

“I feel fortunate that I got to play with lots of good leaders, I’ve taken a little bit from each of them. I can’t forget Kelly Smith, who was so highly revered, but wasn’t such a big, bold personality. Her expression came through the pitch and that’s something I can relate to. That’s very much my own personality, more of a quiet introvert.”

Those leadership learnings are being put to the test now as the defensive midfielder leads a largely younger side at Villa, some with no experience in the top division before this season, struggling for points. “Previously I’ve been surrounded by players with a wealth of experience and leadership qualities,” Asante says. “A lot of that is now falling on my shoulders. I’m embracing it.”

Last week Villa welcomed former Birmingham City manager Marcus Bignot as interim manager, with Gemma Davies remaining in the head coaching role. From the outside it was a confusing move, which suggested Davies – who at just 27 has guided Villa from the Championship to the WSL – had been demoted. Internally though, Asante says Bignot’s role was clear to the players: “With Marcus’s experience at this level, it was explained he would come in to help mentor our coaches, as well as support the team’s development.

“It’s been very positive, just adding more experience to a relatively new project. He has a lot of presence, and I think that’s good for the group. It’s a co-management job and it’s translating really well, as they complement each other.”

By the end of this week Asante will have hosted both her former clubs, as Arsenal travel to Villa’s Banks’s Stadium today. After so many years chasing trophies with both London sides, to be fighting for survival is unfamiliar territory for Asante.

Asante believes these challenges will be a positive in the long run though: “To me, personally, it’s a way to grow in character for what I might want to do in the future. If I decide on coaching, learning how to ride some of these obstacles and be an even more active member of the group is important.”

She adds: “It’s easy when you’re winning, when everything clicks. The difficult parts in a season or a game are when you have to quickly get over something to move forward. As a group that’s what we’re trying to do.”