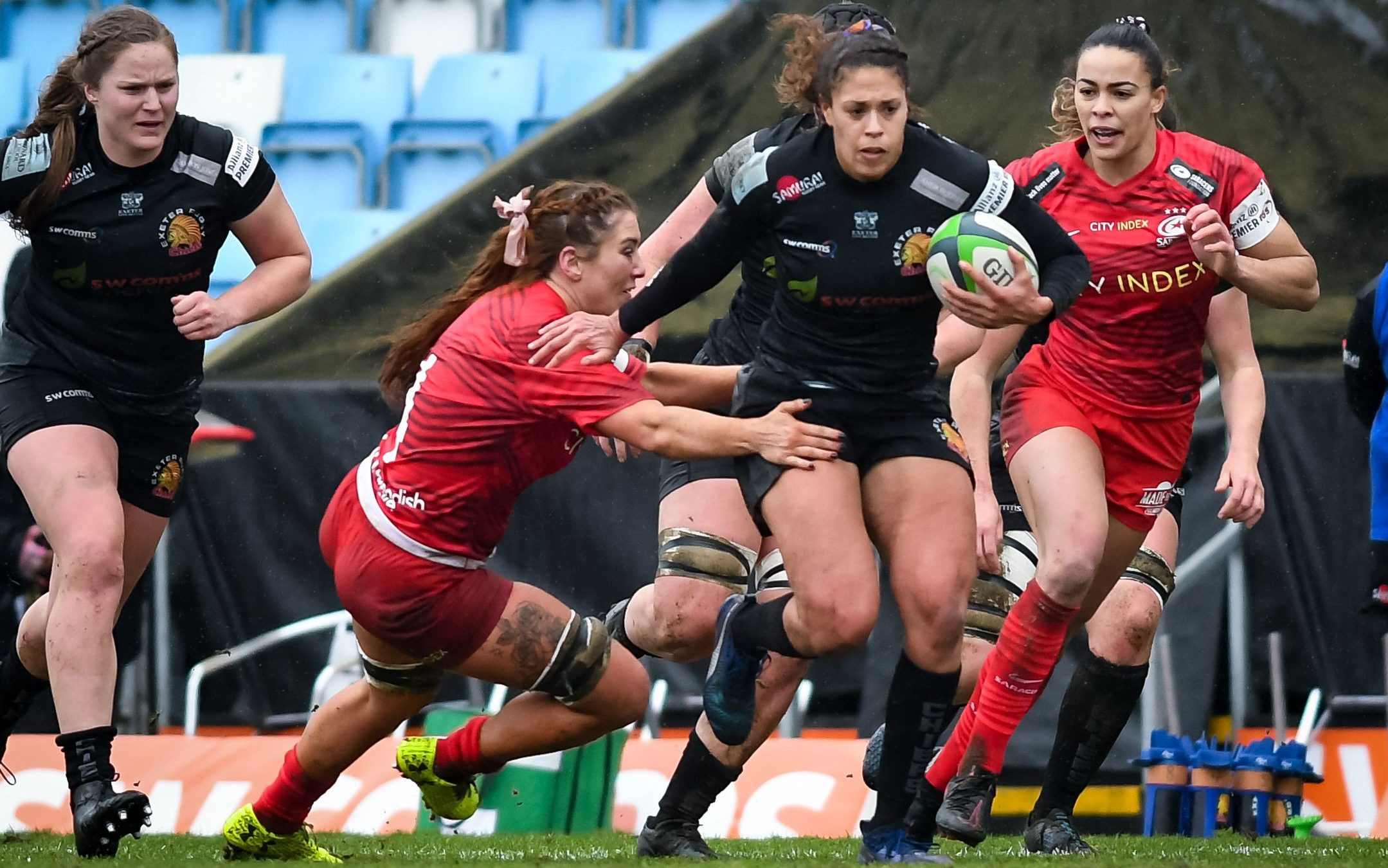 This is what happens when you invest in women’s sport. Exeter Chiefs did not even have a fully-formed women’s side this time last year and were forced to conduct much of their player recruitment over Zoom because of the pandemic. In the space of 70 minutes, they pummelled reigning champions Saracens into their own muddy Devon turf to pull off the biggest upset in Premier 15s history and provide the feel-good story of this disrupted season.

Susie Appleby’s side dominated the first half, muscling their opponents off every ball and looking by far the sharper outfit. In theory they should have been – Saracens had not played since December 19 last year because of coronavirus-enforced postponements and their rustiness was brutally exposed.

It took just 10 minutes for Poppy Leitch to crash over after a series of strong carries from the fiery home side after camping Saracens in their own territory. If the Chiefs’ attack was impressive, their defence was even better.

Twice they thwarted Saracens five metres out from their own try line just as the two-time champions threatened to creep back into the game. Olivia Demerchant’s vital turnover on the cusp of half-time earned a raucous cry of approval from Exeter’s chairman, Tony Rowe, who was watching on from the stands. Having invested upwards of £250,000 on his new women’s squad this season – more than any other Premier 15s club – this was surely money well spent.

“Tony’s already been round congratulating them all,” said Appleby, the Exeter head coach. “That’s the first time some of the girls have met him. Our defence today was just unbelievable, the improvement from the girls since the first day of the season has just been phenomenal. I couldn’t be prouder of them. This is a massive win for us.”

So shell-shocked were Saracens that they conducted their half-time team talk on the pitch, only to gift Exeter their second try when play resumed. Kate Zachary came flying off her line to charge down Holly Aitchinson’s clearance kick and slide over the whitewash from close range. Gabby Cantorna added the extras.

A Saracens comeback looked on the cards when Aitchinson made amends by sneaking the craftiest of offloads to Lotte Clapp, who sliced through Exeter’s defence to make the hosts’ lead suddenly quite fragile.

But led by their leg-busting captain Linde Van der Velden, the hosts relentlessly pushed back Sarries into their own half and were smarter in their forward play, as evidenced when US flanker Rachel Johnson burrowed over a third score on her club debut.

Alex Austerberry, the Saracens director of rugby, would not be drawn on whether fewer scrums and mauls due to the league’s coronavirus-enforced law variations – which are now being complimented by a full testing programme – ultimately played a part in his side’s first defeat of the season and their first in over 30 games.

Emma Swords’ try at the death ensured the visitors had the final word, but it seemed to hammer home a bigger message. An Exeter-Saracens rivalry is something women’s rugby can offer that men’s Premiership rugby at present cannot. In the Premier 15s, it is only just getting started.