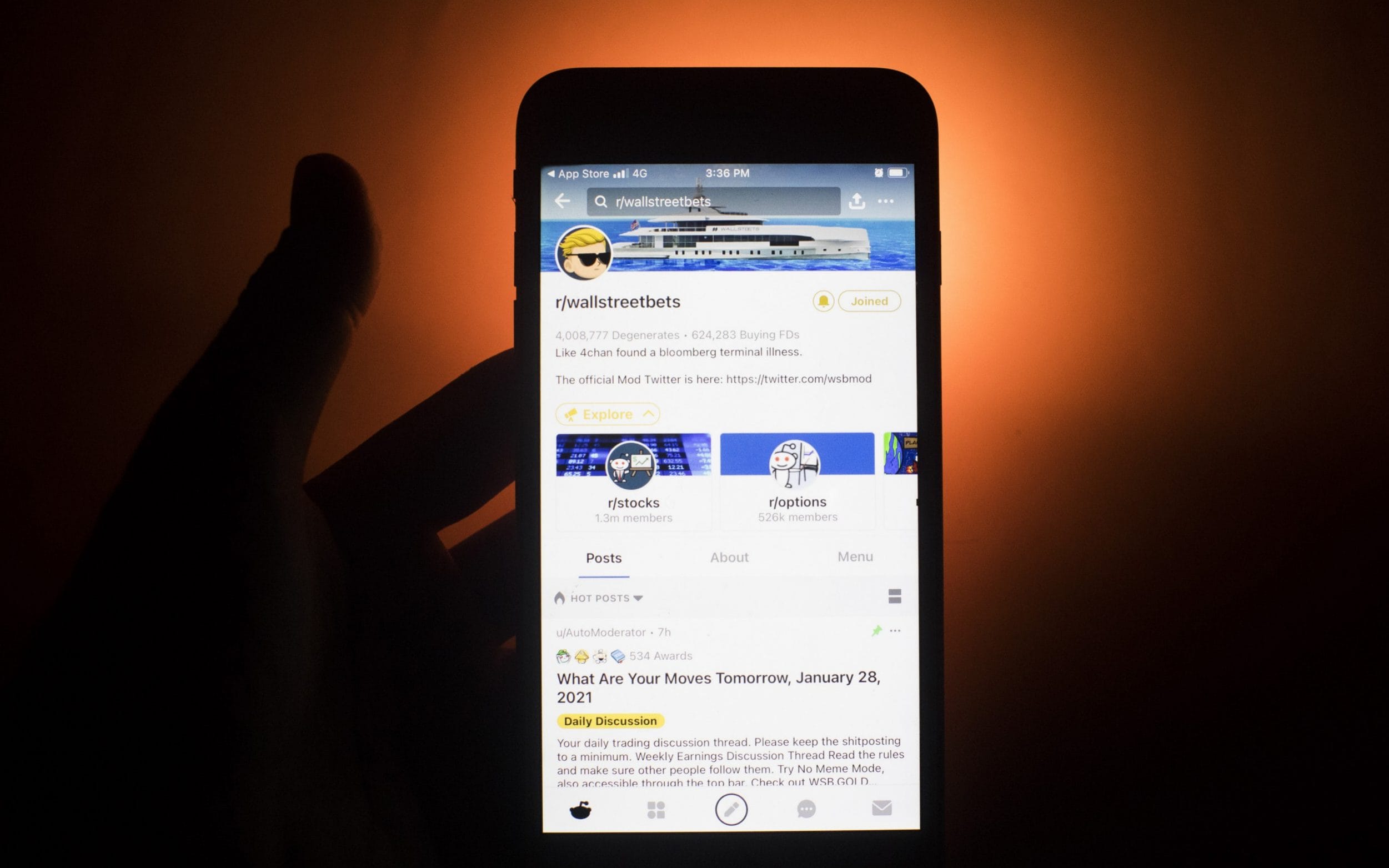 I got involved on Wednesday night when my partner, a #wallstreetbets subscriber, rushed home from work, zipped behind his computer and frantically started buying shares. As he explained what was going on I watched the share price tick up before my eyes. ‘I want in!’ I said, and bought a modest half share for £128. My first ever investment.

That night we flicked through news channels from the BBC to CNN and Fox as reports filtered through about the unprecedented market swing powered by the fringe group. I didn’t care if I won or lost; simply getting involved brought excitement to yet another evening in lockdown.

I’m 29, but I feel like a dinosaur when faced with the lingo of the Reddit group, which calls its members ‘degenerates’ (a compliment) and users refer to each other as ‘retards’ (another compliment). Translation of internet-speak aside, the whole thing is totally thrilling. Who doesn’t love a Robin Hood tale in which the wee folks rise up to topple the big guys? Other than, perhaps, hedge funders and Wall Street regulators.

While some small investors who got in early claim to have made millions this week, those that bet against GameStop have collectively lost more than $5bn, according to data analytics company S3. The suits are in meltdown as US hedge-fund billionaire Leon Cooperman slammed the move as an ‘attack on the wealthy’, reports emerged that traders ‘are crying’, and video footage, allegedly from a Melvin Capital office which had shorted the stock dramatically, showed an employee cursing and smashing a chair into the ground.

An anonymous open letter posted yesterday on the #wallstreetbets forum addressed to the same company read, “You’re a firm who makes money off of exploiting a company and manipulating markets and media to your advantage. Your continued existence is a sharp reminder that the ones in charge of so much hardship during the ’08 crisis were not punished.”

Musk, who has famously railed against hedge funds, came out in support of the small investors by tweeting, ‘Gamestonk!!’ But as the market panicked, online platforms imposed regulations on Thursday, limiting the amount of stock a single person can buy. Today, beginner trading app FreeTrade disabled the buying of US stock until 1 February and Trading 212 stopped onboarding new clients due to ‘unprecedented demand’.

#Wallstreetbets members are now slamming the media for reporting that hedge funds, such as Melvin Capital, have exited their short positions, with one popular post alleging, ‘The fund sold their shares to other funds, which made the stock algorithm think the stock is being sold. Price goes down. They keep doing that [and] the price drops lower every time. But as long as we hold they [won’t be] able to exit any positions.’