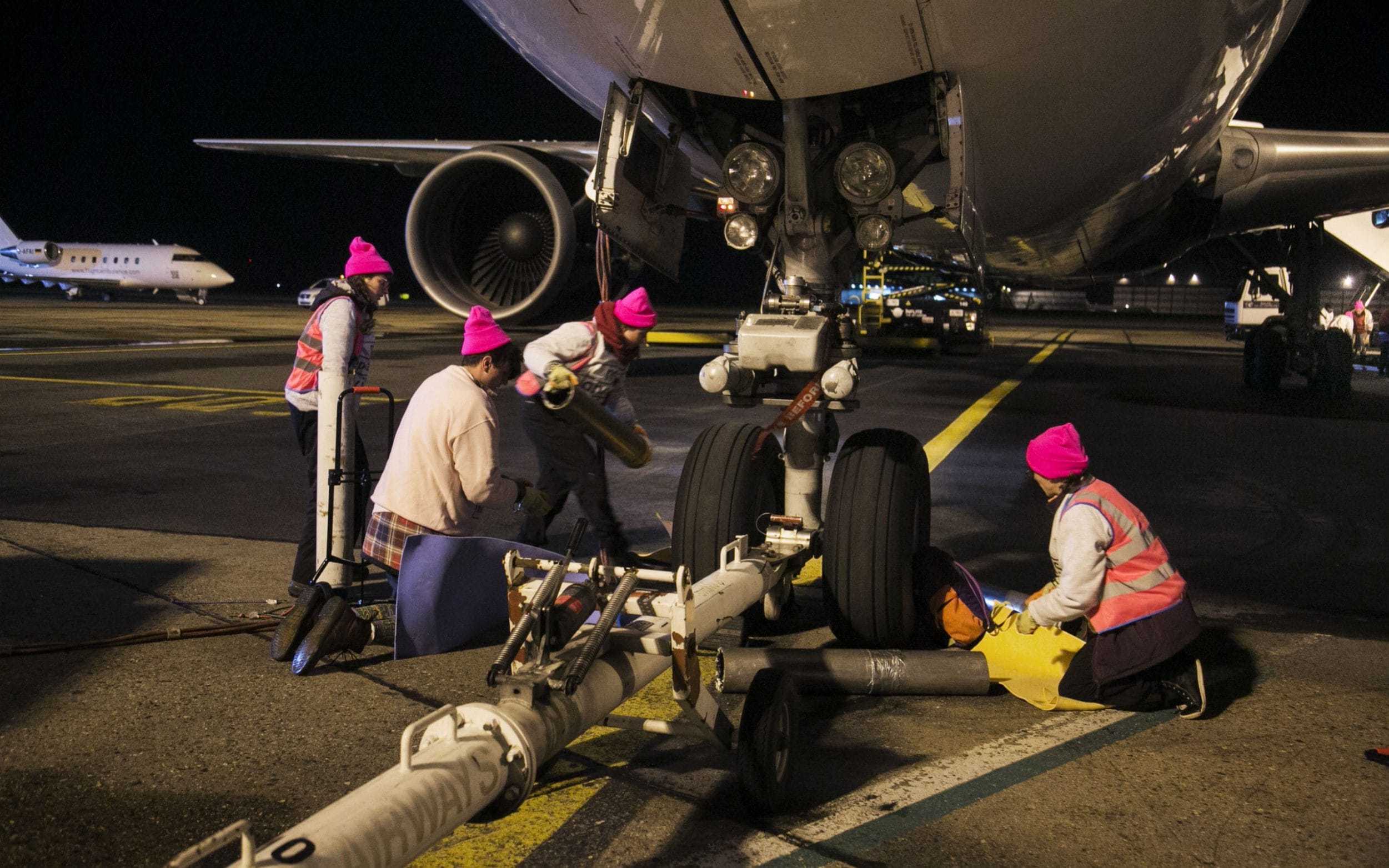 “There was, in truth, no case to answer,” the judgment said.

“We recognise that the various summary-only offences with which the appellants were originally charged, if proved, might well not reflect the gravity of their actions.

“That, however, does not allow the use of an offence which aims at conduct of a different nature.”

“All the appellants’ convictions must be quashed,” the judges added.

In a statement on behalf of her fellow protesters, May McKeith said the “nightmare” of the “bogus charge”, trial, and threat of a prison sentence had dominated the activists’ lives for four years, adding “despite the draconian response we know our actions were justified”.

The Stansted 15 were granted permission to appeal against their convictions in August 2019 and, at a three-day hearing in November, lawyers for the activists told the court that the legislation used to convict the 15 is rarely used and not intended for this type of case.

In documents before the court, the Stansted 15’s barristers argued that the Amsa law is intended to deal with violence of the “utmost seriousness”, such as terrorism, not demonstrators.

Raj Chada, head of criminal defence at Hodge Jones & Allen Solicitors, the law firm representing the Stansted 15, said: “It should be a matter of great shame to the Crown Prosecution Service and the Attorney General that terror-related legislation was used against peaceful protesters.

“Both have questions to answer as to why they authorised such an unprecedented charge.”