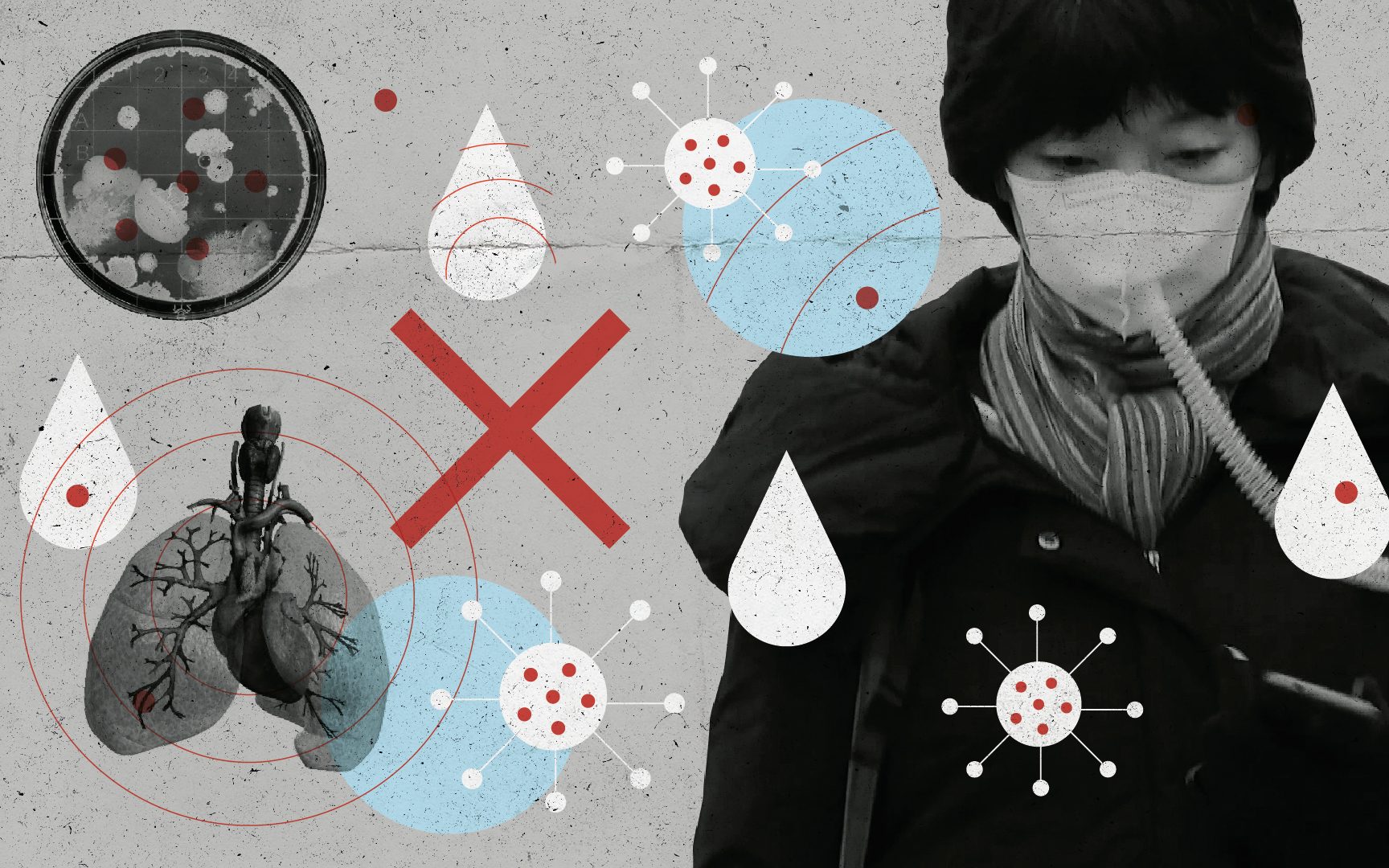 Is it just droplets from the nose and mouth that spread the new virus?

Probably not, but they are by far the most common risk.

The NHS and WHO are advising doctors that the virus is also likely to be contained in other bodily secretions including blood, faeces and urine.

Here again, hand and surface hygiene is the key.

How can I protect my family, especially children?

Children are a major vector for the spread of droplet-based viruses because they interact physically so much with each other and are not the best at keeping themselves clean.

The virus appears to impact older people more commonly but children can be infected and they can get severe illness, the government warns.

However, you can greatly lower the risk that children pose of spreading or catching viruses by:

The Government is advising that people stay at home and practice social distancing. Stay at least three metres away from other people.

Do not go to work unless it’s essential.

Are some groups of people more at risk than others?

Data from China suggests that people of all ages are at risk of contracting the virus, although older people are more likely to develop serious illness.

People with a reduced chance of surviving pneumonia include:

Of the first 425 confirmed deaths across mainland China, 80 per cent were in people over the age of 60, and 75 per cent had some form of underlying disease.

However, young people are not “invincible” as the WHO has warned and they must follow official advice.

Is there a vaccine for coronavirus?

The NHS began administering the Pfizer/BioNTech vaccine on Dec 8 in 70 hospitals and GPs across the country are offering the jab.

The Medicines and Healthcare products Regulatory Agency (MHRA) granted the vaccine an emergency use license on Dec 2, and one million jabs were delivered to the NHS on Dec 3.

The UK has secured 40 million doses of the Pfizer vaccine overall, which has shown over 90 per cent efficacy at preventing Covid-19 in those without evidence of prior infection. The Oxford vaccine is about 70 per cent effective but easier to manufacture and distribute.

The Moderna vaccine was also approved for use by the MRHA on Jan 8, although this will not be delivered until the spring.

Immunologist Professor Uğur Şahin, the founder of the BioNTech firm which has developed a vaccine alongside Pfizer, said that the jab has “no serious side effects”.

But on Dec 9, the MHRA warned NHS Trusts not to give the jab to people with a ‘significant’ history of allergic reactions, after two NHS staff reacted to it.

NHS staff were to be first in line for the jabs after it was deemed too difficult to get the vaccine to care homes, but with the UK receiving a smaller initial batch of the vaccine than expected, care homes were bumped back up the list.

There are almost 200 coronavirus vaccine candidates in development, and at least 15 of these are in human trials.

The Oxford-AstraZeneca vaccine was approved for use in the UK on Dec 30 by the Medicines and Healthcare products Regulatory Agency (MHRA). The rollout of the mass vaccination programme began on Jan 4.

The Department of Health spokesman said: “Having studied evidence on both the Pfizer/BioNTech and Oxford University/AstraZeneca vaccines, the JCVI has advised the priority should be to give as many people in at-risk groups their first dose, rather than providing the required two doses in as short a time as possible.

“Everyone will still receive their second dose and this will be within 12 weeks of their first. The second dose completes the course and is important for longer term protection.

“From today the NHS across the UK will prioritise giving the first dose of the vaccine to those in the most high-risk groups.

“With two vaccines now approved, we will be able to vaccinate a greater number of people who are at highest risk, protecting them from the disease and reducing mortality and hospitalisation.”

Boris Johnson pledged on Jan 4 that the NHS is committed to offering a vaccination to everyone in the top four priority groups by Feb 15. The government went onto state on Jan 18 that the lowest group of the priority list, the over 70s and the clinically vulnerable, will be invited to be inoculated in order to accelerate the vaccine roll out.