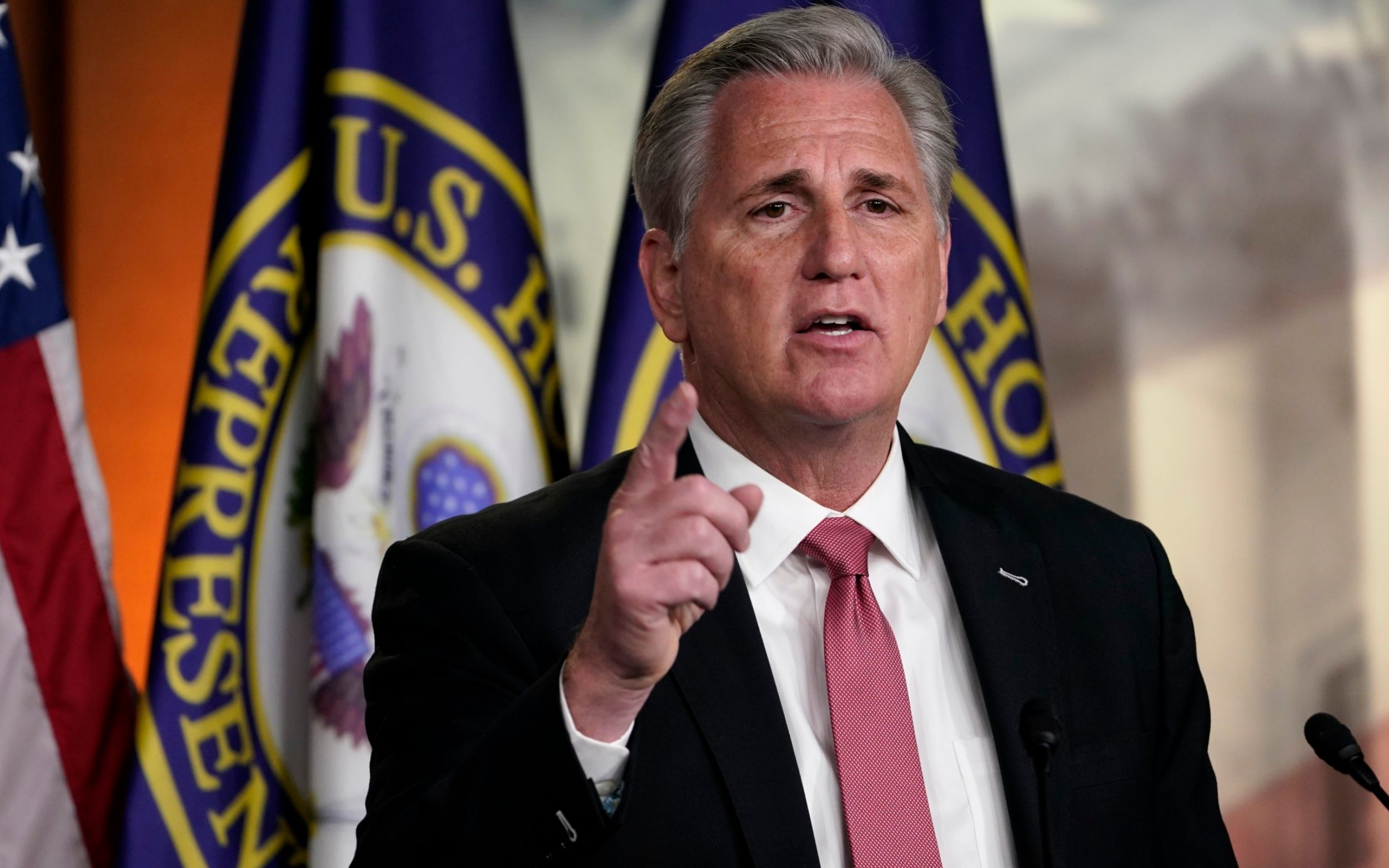 But on Thursday Mr McCarthy appeared back in Mr Trump’s graces, as the men grinned broadly in a handout photograph taken in an ornate room reminiscent of a European palace.

“Today, President Trump committed to helping elect Republicans in the House and Senate in 2022,” Mr McCarthy said in a statement that also attacked Democrats for “impeaching a president who is now a private citizen”.

“A united conservative movement will strengthen the bonds of our citizens and uphold the freedoms our country was founded on,” Mr McCarthy added.

Despite “active threats of violence,” she said, “Kevin McCarthy’s response is a photo op with the treasonous instigator.”

With Mr Trump impeached for an unprecedented second time, and the Senate girding for his trial, it was unclear how much political clout Mr Trump would retain beyond his presidency.

But recently several Republicans, following polling showing strong party support for Mr Trump, have signalled they will remain in the brash billionaire’s orbit – or at least not publicly break with him.

Pro-Trump Republicans will hold huge sway in the coming years.

They are a large enough contingent to influence the Republican primaries. But should Mr Trump be cast out and they abandon ship, the party would be severely weakened in its attempts to challenge Democrats for congressional control.

“Right now, it’s clear that the Trump wing is dominant.”