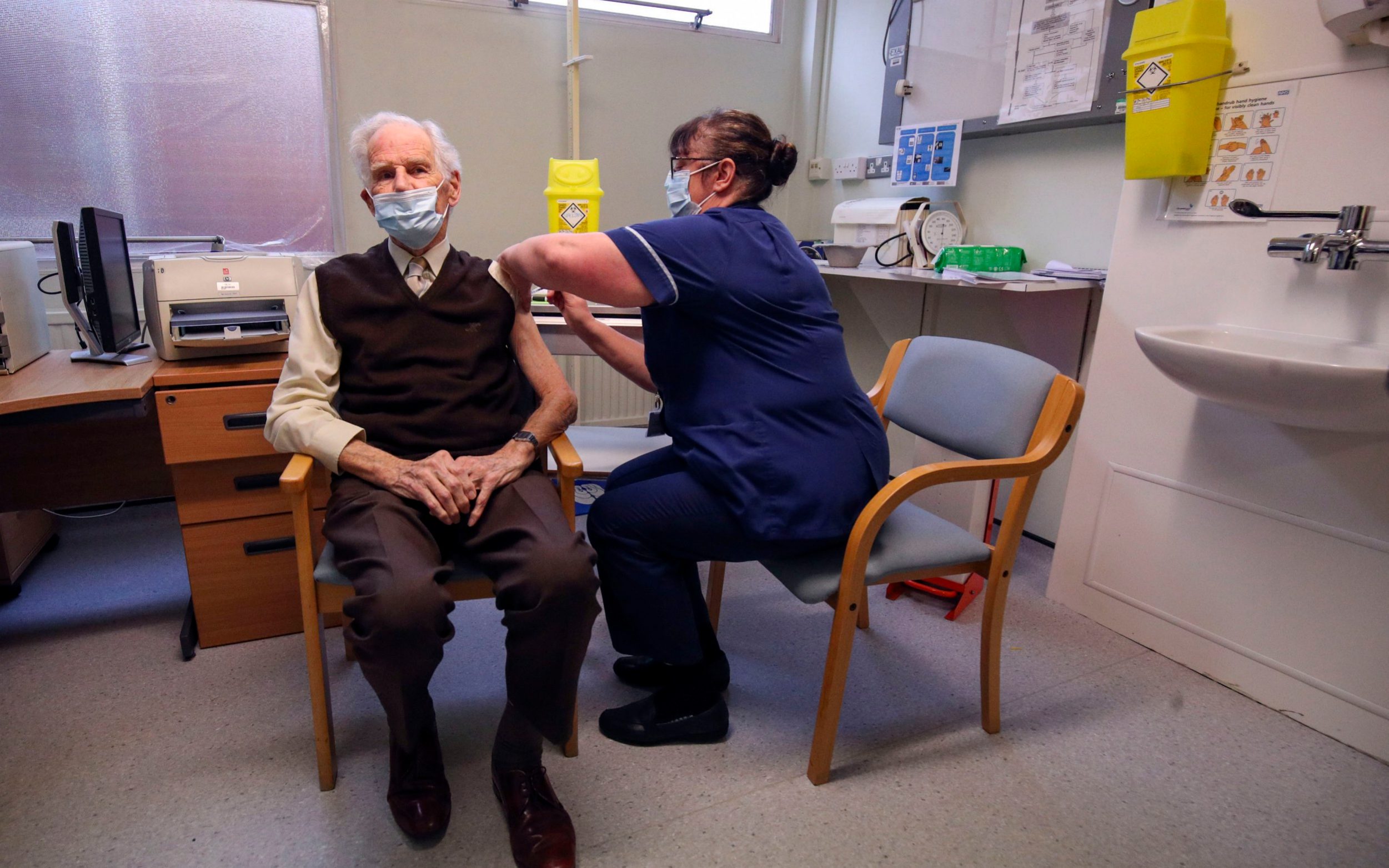 GPs have been given new guidance that allows them to use Covid-19 vaccine doses that were previously being wasted, the Telegraph has learned.

Every vial of the Pfizer/BioNTech vaccine was expected to include five doses, allowing five people to get their first shot of the vaccine as the mass roll-out begins across the country. It takes two doses, delivered 21 days apart, to protect against the coronavirus.

However, GPs have found that it is actually possible to make six doses out of the vials. Until Thursday, they were advised to dispose of the extra dose – meaning large volumes of the vaccine had to be thrown away.

But in a weekly webinar with NHS England on Thursday, clinicians were told that they could use the sixth dose “at their discretion”.

The guidance follows similar advice from the US regulator, the US Food and Drug Administration, which told clinicians on Wednesday they could use the sixth dose “given the public health emergency”.

The Medicines and Healthcare products Regulatory Agency (MHRA), the British regulator, is understood to be looking at the feasibility of getting six vaccines out of the vials and consulting with NHS England on the changes.

GPs on the call described the decision as “only sensible”, after Nikki Kanani, medical director of Primary Care for NHS England and NHS Improvement, confirmed that theoretically the sixth vaccine dose could be administered.

However, as in the United States, clinicians were told not to mix vaccine doses from two different vials.