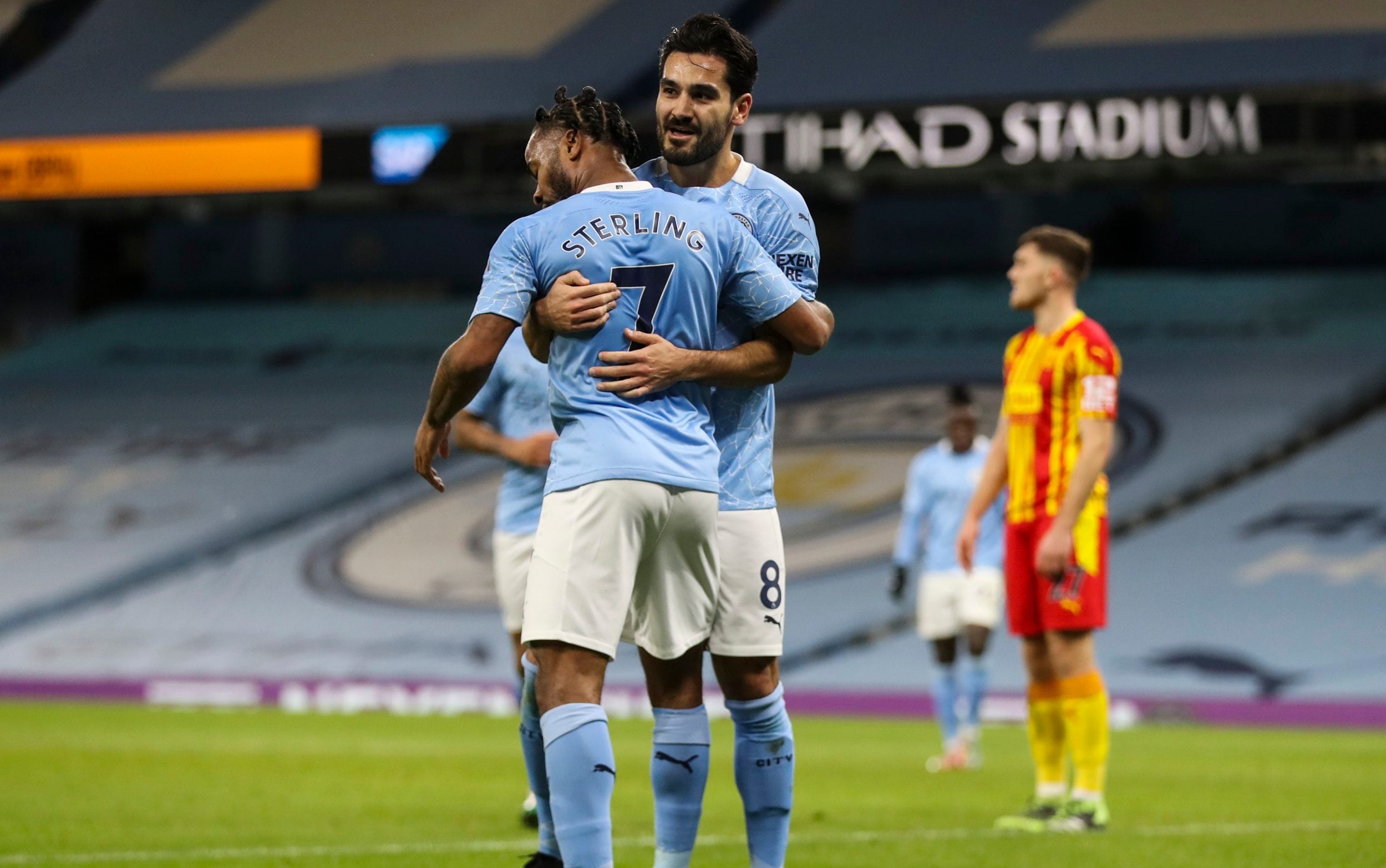 Pep Guardiola has challenged his Manchester City players to step up and prove over the next two months that they have the drive and consistency to become Premier League champions again.

But the City manager has urged his side to throw down a marker, starting against West Bromwich Albion at the Etihad Stadium tonight.

In the Premier League, we would love to be more up but we are not far away, we can get results in a row. It’s a moment to make a step forward, and say, ‘Okay, what do we want to do this season’. Tomorrow we are going to start to do it. It’s a period that is so demanding in December and January but I have the feeling we are ready to do it.

City – who trail leaders Tottenham and Liverpool by six points, albeit with a game in hand – have a mostly favourable run of fixtures between now and their trip to Anfield to face Jürgen Klopp’s side on Feb. 6.

The league’s top scorers for the past three seasons, City have struggled for goals this term and have been less exciting to watch than in previous campaigns. One factor has been the frequent use of a double midfield pivot at the expense of a more attacking player.

But they have not conceded a goal in their past six matches in all competitions spanning 565 minutes and Guardiola is confident that his team are about to kick on.

I know we have to make a step forward but I’m pretty sure we’ll do it There are things that are so good and things that we can improve. Sometimes it’s not easy because we don’t have time to talk about it or especially to train.

We have to try to analyse or diagnose what we can do better. This is not the end product – it never is. We have opportunities to get better but there are many, many things that are good.

We have conceded few chances so far, even in the games we lost. Except [in the 1-1 draw against] Leeds – who as usual created a lot – in the other games we conceded not much. We want to be solid and not concede much and from there we are going to grow. We can start building from here.