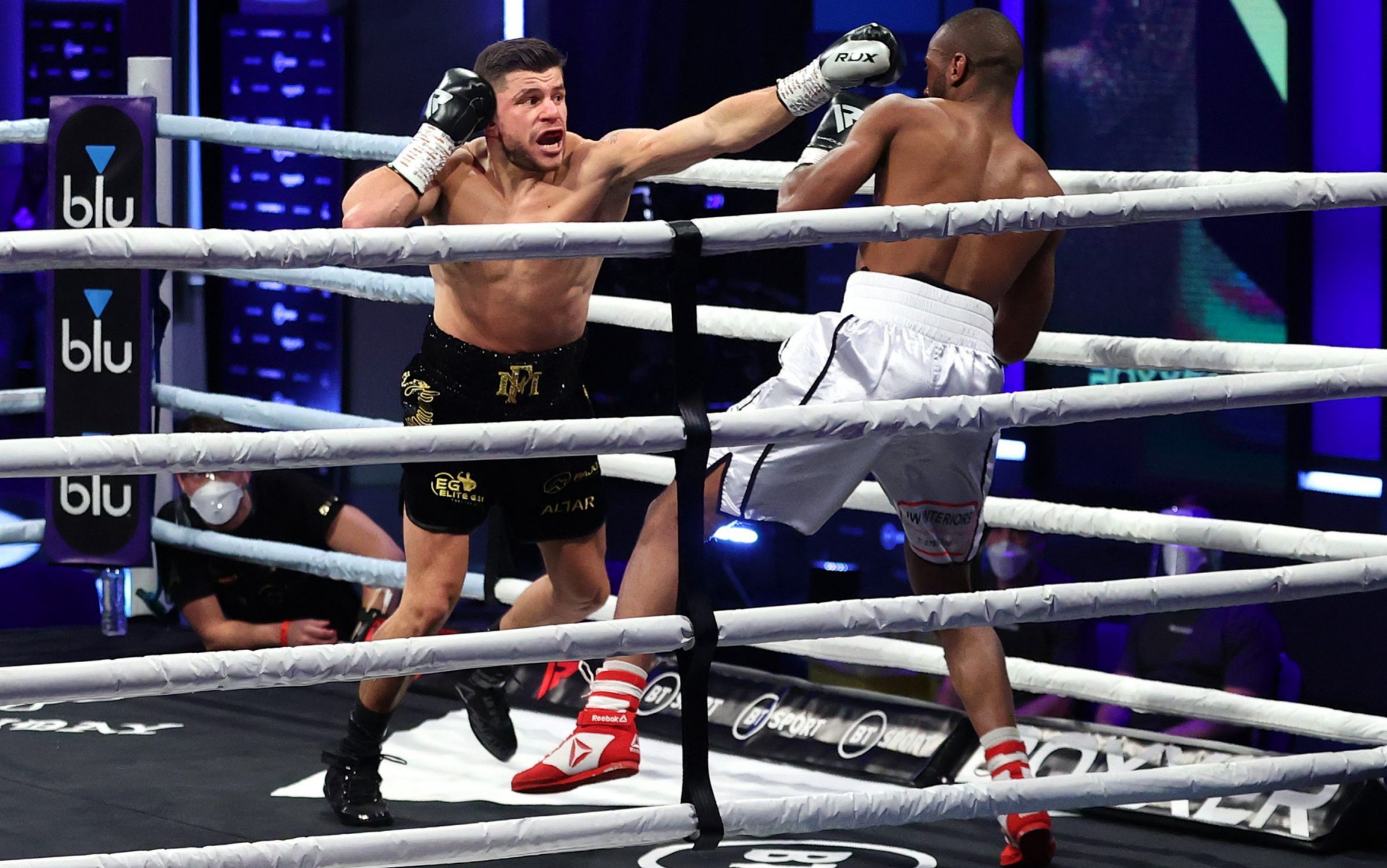 Which are the fights to look out for?

Lawrence Okolie v Nikodem Jezewski: Up and coming cruiserweight Okolie was due to test his unbeaten record against Krzysztof Glowacki in a bout for the vacant WBO cruiserweight title. But the Polish fighter tested postive for Covid-19 last week and was forced to pull out. Nikodem Jezewski, another Pole who holds a perfect record of 19 victories, has stepped in and will fight the Hackney man. But, as he is ranked outside the top 15 by the WBO, no title will be on the line.

Hughie Fury v Mariusz Wach: Tyson Fury’s brother Hughie meets Poland’s Mariusz Wach. Fury – who has lost to New Zealand’s Joseph Parker for the WBO world title, Pulev in an IBF final eliminator, and Alexander Povetkin last summer – faces a tough encounter against Wach, who put up a good fight against Dillian Whyte on the Joshua-Ruiz undercard last December. Aged 26, Fury insists his best years are ahead of him but needs a good outing on Saturday against his experienced 40-year-old opponent.

Florian Marku v Alex Fearon: Highly rated Albanian welterweight Florian Marku faces Derby’s Alex Fearon. Marku, who has signed a multi-fight promotional deal with Eddie Hearn’s Matchroom Boxing, is based in London and is backed to become a world champion. The Albanian sensation will take on the Briton in an eight-round contest and is excited about making his Matchroom debut saying: “This is where the big boys play, and I will show I am the most dangerous welterweight in the country. The Albanian King is coming.”

Macaulay McGowan v Kieron Conway: Super-welterweight contender Kieron Conway was originally set to fight Souleymane Cissokho. But with the Frenchman forced to pull out Conway will now take on Macaulay McGowan. McGowan lost for the first time last month when outpointed by highly rated Kazakh Tursynbay Kulakhmet and is looking to get his career back on track.

What time will the action start?

The action at SSE Wembley is due to start at 7pm GMT.

What TV channel can you watch the action on?

Like all fight nights involving Anthony Joshua, Sky Sports Box Office have exclusive rights for UK viewers. It will set you back £24.95, with coverage set to start at 6pm.

Joshua vs Pulev fight purse: how much will each fighter earn, and what is the prize money?

Anthony Joshua vs Kubrat Pulev predictions: Experts give their verdict on who will win the big fight