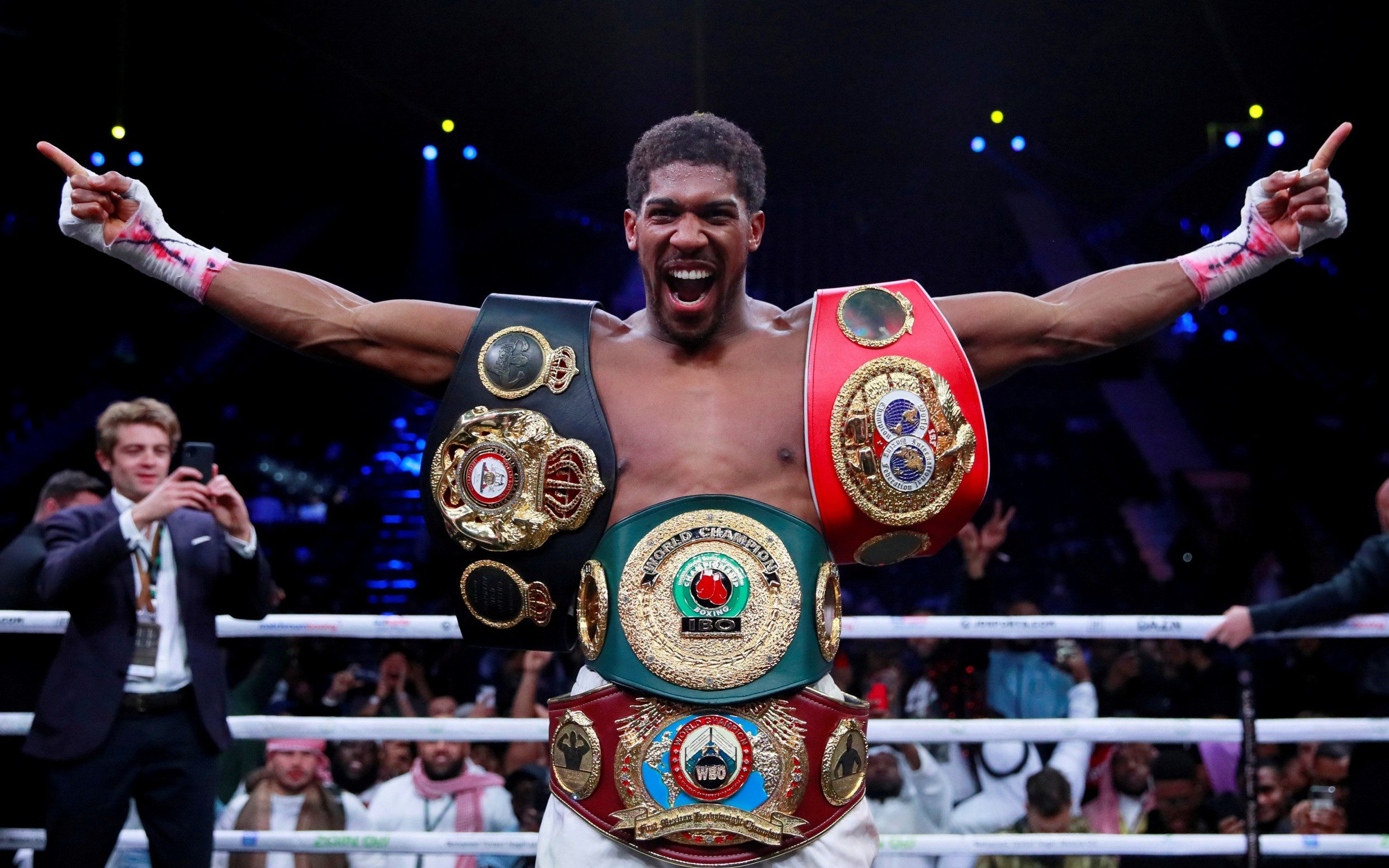 Anthony Joshua says he is ready for war when he takes on Kubrat Pulev in a world heavyweight title clash at Wembley’s SSE Arena on Saturday.

The Briton will be back in the ring for the first time in 12 months, since he outpointed Andy Ruiz Jr in Saudi Arabia to claim back the WBA, WBO, IBF and IBO belts he lost to the same opponent at Madison Square Garden in June 2019.

A crowd of 1,000 will be in attendance following approval by local authorities and after London was placed in tier two of the new system when lockdown restrictions were relaxed by the Government last week.

He added: “It will be a special occasion to witness a world heavyweight champion fight amongst 1,000 people.

“Normally there would be tens of thousands of people in an arena, but there are a lucky 1,000 people in there, so hopefully they get to enjoy it.”

Joshua defends his WBA ‘super’, IBF and WBO belts against IBF mandatory challenger Kubrat Pulev. The fight was originally scheduled for June but was postponed due to the coronavirus pandemic.

What date is Joshua vs Pulev?

The fight is scheduled for Saturday, December 12.

What time is the fight?

We expect the fight to start after 10pm GMT, dependent on the undercard round.

Where is the fight?

SSE Wembley. It had been London’s O2 Arena, but was switched on December 2 due to ‘promoter logistics’. Up to 1,000 fans could be in attendance after London was moved into tier two restrictions. It will be Joshua’s first fight on home soil in almost two years. The fight had initially, before the O2 Arena, been scheduled due to take place at at the Tottenham Hotspur Stadium.

What TV channel is Joshua vs Pulev on?

Like all Joshua fights, Sky Sports Box Office have exclusive rights for UK viewers. When Joshua fought Andy Ruiz Jr, prices were set at £24.95. Alternatively, you can bookmark this page and return to follow all the action on the night with our round-by-round live blog.

Who is Anthony Joshua fighting?

The 39-year-old Bulgarian is Joshua’s mandatory IBF challenger, and a potential blockbuster fight against Tyson Fury depends on Joshua getting the better of him.

He held the European heavyweight title twice between 2012 and 2016, but has only challenged for a world title on one occasion: when he was defeated by Wladimir Klitschko in 2015 when he was knocked down three times en route to a fifth-round KO.

Pulev has won five consecutive fights since then however, most recently against American Kevin Johnson.

When is the weigh-in?

The two boxers will weigh in on at 1pm on Friday, December 11, the day before their big showdown. Coverage will be shown on the Sky Sports Boxing YouTube page and Sky Sports News.

What fights are on the undercard?

Full details of the undercard here

What are we saying?

Tyson Fury says he is ‘moving on’ from trilogy fight with Deontay Wilder as Anthony Joshua bout moves closer:

Oliver Brown spoke to Eddie Hearn in this exclusive interview:

“In everything I did when I was growing up, I was Barry Hearn’s son. That’s the chip on the shoulder that I carry with me today, where I’ve had to go well beyond anything he has ever done to get the credibility and recognition. I’ve taken it much further than he had presumed I would take it. That’s the only way my success can be measured. If I had plodded along as a reasonable promoter, doing eight shows a year on Sky, it would be, ‘Yeah, but his dad did that.’”

What are the fight odds?

Betting on the fight? Get the latest free bets and offers

What is our prediction for AJ vs Pulev?

We fancy Joshua to take a step closer to that fight with Fury with a KO victory against Pulev. Maybe in round six.