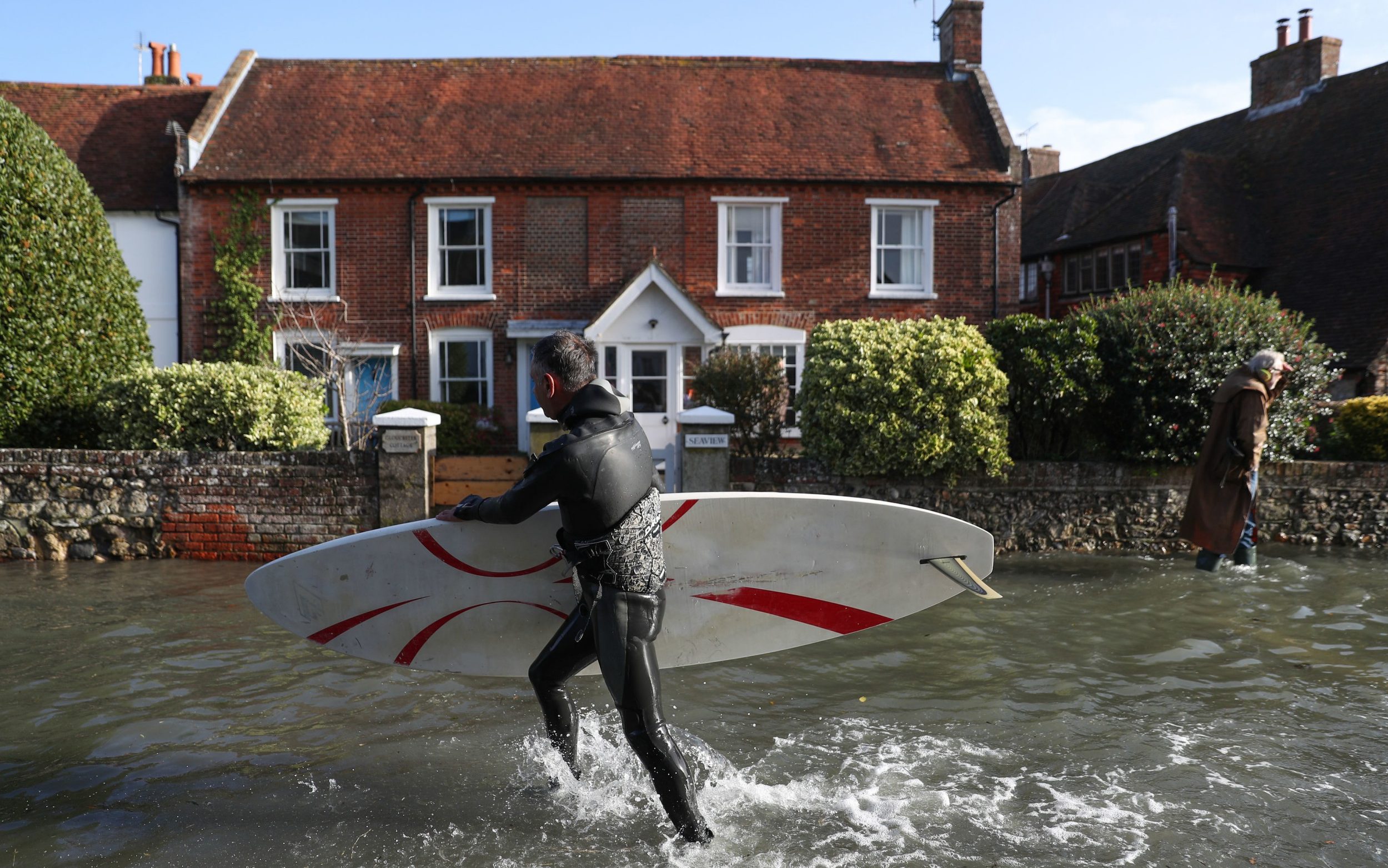 Britons will be hit with rain, snow and freezing temperatures in a “rollercoaster” weather cycle this week, according to forecasters.

The Met Office has said the mercury will be significantly colder on Thursday compared to Wednesday, plunging by as much as 12.6F across all areas of the UK.

Weather warnings are also in place as “heavy and prolonged rain” is expected to bring flooding to parts of north-western Scotland on Tuesday.

The Environment Agency had 25 flood warnings in place in England on Sunday afternoon, stretching from the south-west coast in Cornwall to the north-west in Carlisle.

A spell of snow could also be seen in mountainous regions in the north-west of England and Scotland.

The week will begin mild for many in southern parts of England and Wales, with the temperature rising to an unseasonable high of 62.6F on Tuesday and Wednesday due to an “ex-tropical storm” impacting the Mediterranean.

Tom Morgan, a meteorologist at the Met Office, told the PA news agency: “It’s going to be a bit of a rollercoaster next week with a spell of unsettled weather on the way.

“It will be fairly mild on Monday to Wednesday, especially in the southern regions, and will be a lot brighter and drier than what we’ve seen across the weekend, though rain will still come and go.

“It’s a different story for the rest of the UK, which will be considerably colder and wetter, with up to 150mm of rainfall expected in mountainous regions of Northern Ireland, Scotland and northern England.”

Mr Morgan advised people living in these areas to check the Met Office website in advance to take the necessary precautions for potential flooding which could bring delays to public transport and damage to buildings.

By Thursday all parts of the UK would have seen a significant drop in temperature, with highs in London predicted to fall some 44.6F over a day.

Mr Morgan added: “What we will see on Thursday is very windy and severe gales, and even some snow in the mountainous regions of Scotland which could make for very unpleasant conditions.

“The south of England could also become fairly frosty as a jet stream of low pressure begins to move down from Scandinavia dragging the temperature down to a high of 9C (48.2F).”